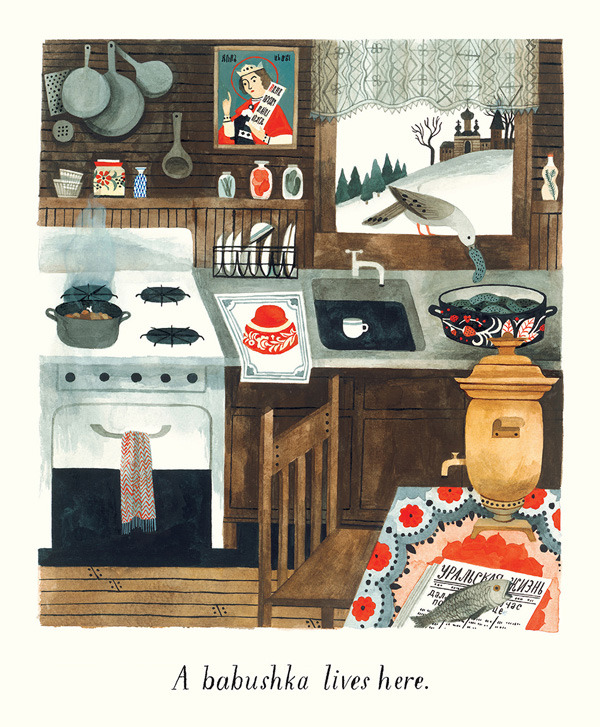 Home is where one starts from. As we grow older / The world becomes stranger, the pattern more complicated / Of dead and living. Not the intense moment / Isolated, with no before and after, / But a lifetime burning in every moment / And not the lifetime of one man only / But of old stones that cannot be deciphered. / There is a time for the evening under starlight, / A time for the evening under lamplight / (The evening with the photograph album). / Love is most nearly itself / When here and now cease to matter.

In 1914 T. S. Eliot emigrated from the United States and settled in England. In 1927 he was baptized into Christ and became a member of the Church of England. A few months later he was naturalized a British citizen. In 1937 Eliot visited the village of East Coker in Somerset, from which his ancestors had emigrated in the 17th century. In 1940 he published the second of the Quartets. Are these biographical dates important? I do not know, but I thought of them when I came upon the line “Home is where one starts from.”

Where is home for Eliot? The United States? The United Kingdom? Literature? Western civilization? The English Catholic Church? The eternal Creator of the universe? If Eliot’s life is described as a searching for home, did he find it, or does the above-quoted line suggest that he came to understand that home exists in the place from which one launches the search? “I am here / Or there or elsewhere,” the poet states in the second movement. “In my beginning.” It doesn’t matter where we are and when we are. We are home even while we quest for home—hence the necessity of the purification commended in movements three and four if we would discover this truth. Eliot begins the poem with the announcement “In my beginning is my end,” but he closes with the words “In my end is my beginning.” Between these two declarations lies the mystery and suffering of the human journey.

Like Odysseus much of my adult life has been a searching for home. The word evokes in me feelings of warmth, acceptance, laughter, belonging, even though my childhood can hardly be described as idyllic. My children will tell you that at Christmas I become hopelessly sentimental and maudlin, seeking to recreate a family holiday that never was and never will be. Eliot would be ashamed for me. At least we don’t play pop Christmas music on the stereo.

Eliot appears to be telling us that his experience of life and of the holy Transcendence has changed as he has aged and spiritually matured. “Not the intense moment / Isolated, with no before or after.” Perhaps he is thinking of those moments when falling in love consumes the soul, and lovers become the universe to each other. Eliot had such a moment in his life when he was younger, and the resulting marriage turned out disastrously for both husband and wife. Perhaps he is thinking of over-powering experiences of mystical union with the “still point of the turning world”—alone with the alone. But with age life has become more complicated. The poet sees the indissoluble connection between himself and the world—and not only to the present but to the anonymous past, “old stones that cannot be deciphered.”  He now lives with one foot in the cemetery. We become home only in communion with humanity. There can be no escape, therefore, from the world into frozen eternity.  “Only through time time is conquered” (BN II). Existence must become a “lifetime burning in every moment”—not escape, therefore, but the redemption of time through purgative immersion in the Holy. But how do we burn in every moment?

“Love is most nearly itself / When here and now cease to matter.” How very Eliotean, Thomas Howard remarks, “quietly placing bang in our path something immense” (Dove Descending, p. 92). Eliot has not spoken of love up to this point in the Quartets, except for a brief reference to the purgative requirement to “wait without love.” Yet now love, genuine, authentic love, makes its appearance—a love purified of self-regard and egoistical need. The search for home has been a search for charity, yet it can only become present when the self has been liberated from its destructive passions and achieved a purity of heart. Only then is love itself, transcending place and time.  “Human love is most truly human—that is, completely for others,” Kenneth Kramer comments—when it is not dependent on how we feel in a particular moment or time. “For love to be genuine, these attachments to ‘here and now’ must fall away” (Redeeming Time, p. 99).

Old men ought to be explorers / Here or there does not matter / We must be still and still moving / Into another intensity / For a further union, a deeper communion / Through the dark cold and the empty desolation, / The wave cry, the wind cry, the vast waters / Of the petrel and the porpoise. In my end is my beginning.

The poet will not remain content with his past searching, as if the goal has been reached. “We must be still and still moving.” There is no end to our quest to find home. We are summoned into ever deeper communion with God and his saints. These concluding lines are so powerful. They resist paraphrase. What is the “dark cold” and “empty desolation”? Howard suggests Eliot is referring to old age, but that does not sound right to me. These phrases take me back to the third movement, where the poet writes of the “dark dark dark” of death which, if we will it so, is the “darkness of God.” There is yet further purgation to endure, a desolation of emptiness and dispossession that we might arrive at what we are not and be where we are not. In this life we cannot evade, must not seek to evade, the necessary freezing in “frigid purgatorial fires” (fourth movement). I have never been in the desert, but I understand that the nights can be bitterly cold.

And then Eliot takes us to the sea, in all of her wildness and fecundity. The petrel is a seabird, comprising three groups within the order of Procellariiformes. The word “petrel” comes from the Latin name for St Peter. The petrel hovers just above the ocean, giving the appearance of walking on water. The species of porpoise is distinct from its cousin the dolphin, yet the two are commonly grouped together. I remember when my parents took my sister and me on a cruise to Bermuda (I was 12). From the bow of the ship I joyously watched the dolphins (or were they porpoises?) swimming alongside us. Sailors have long viewed the dolphin as a faithful companion in their journeys.

Would thou still be safely landed,
On the Aldine anchor ride;
Never yet was vessel stranded,
With the dolphin by its side.

The dolphin has also been used as a Christian symbol, but typically as a symbol of the Christian believer who faithfully yearns to quickly grow in his knowledge of God, “though in some instances the dolphin with the anchor seems to be intended as a representation of Christ upon the Cross” (Catholic Encyclopedia). But Howard reminds us that Eliot does not use symbols as symbols. A petrel is a petrel; a porpoise, a porpoise. Yet the historic symbolic associations are also there. And so the poet takes us to the sea filled with Christian meaning. And when we think of the sea, may we not also think of God, he who is “like a kind of boundless and limitless sea of being, surpassing all thought and time and nature” (Gregory of Nazianzus, Or. 38.7)? Yet the sea is the sea …