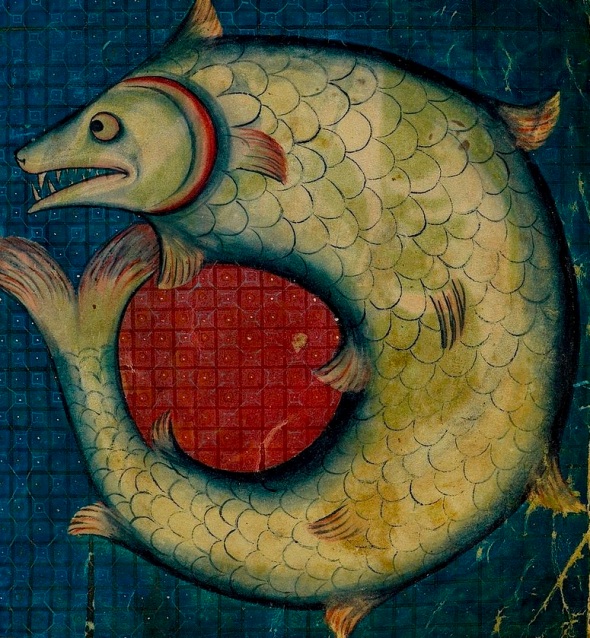 Until we grasp the radical transcendence of the eternal Creator, we cannot think rightly either his providential action in the world or of the peculiar freedom that we, as creatures, enjoy in him. Like the ancient Greeks we typically conceive of God as a being within the order of the cosmos—a supreme, perfect, noncorporeal being but a being nonetheless. And given our present scientific understanding of the universe, it’s difficult for us to envision how such a being can be providentially involved in world and cosmic history. Maybe he got things started at the Big Bang (or maybe not), but since then the cosmos has been rolling along quite nicely without him, thank you very much. God does not appear in the cosmological equations of the physicists; he is an unnecessary hypothesis. Hence we inevitably come to interpret divine transcendence as distance and noninvolvement, a functional deism. If God is present in the universe, he is so only in the mode of weakness, impotence, silence, absence. It is but a short step to atheism. As physicist Taner Edis comments:

We do not expect to be able to see the hand of God in everything. If we cannot fathom the divine reasons behind why it rained last Sunday, or why the sky is blue, this is hardly a great challenge to religion. But when God vanishes from physics, indeed, from all natural science, it begins to look like there is no God after all. If there were a cosmic mind, a creative power, a divine purpose behind everything, we should see traces of this God in our world. We do not. … We do not see God in the creation of the heavens, in the beneficent design of earthly creatures, in a consciousness which encompasses the universe. And without some such pattern, the reality of God is very doubtful. (The Ghost in the Universe, pp. 107-108)

Such is the logical conclusion of the contrastive transcendence of natural religion and modern Christianity.

In response to the challenges posed by modernity, some have chosen to reconstruct divinity along relational-immanental lines. God remains a being; but all pretensions to omnipotence, immutability, and aseity have been abandoned. This is the Deity of process theology. God and the world are presented as everlastingly existent, interdependent and mutually related. The creatio ex nihilo is rejected. The term “panentheism” is typically invoked to describe this model: God exists in the world and the world exists in God. A. N. Whitehead summates the process understanding in these six antitheses:

It is as true to say that God creates the World, as that the World creates God.

It’s difficult to conceive of a construal of the God/world relationship that more blatantly violates the Christian grammar of divine transcendence.

But even if Christian theologians were to recover the grammar of transcendence, a challenge remains. Theologians of the second and third centuries affirmed the creatio ex nihilo in order to assert the immediate and direct activity of the Creator within his creation, yet this assertion also created a conundrum that has puzzled theologians for 2,000 years: How do we properly speak of the relationship between divine and human agency? If our actions are truly free—and Christian theologians have emphatically insisted, against pagan fatalism, that they are—then must we not also think of rational creatures as independent of the Creator? Yet if the non-contrastive model of transcendence is correct, it would be a mistake to think of free actions as incompatible with divine causality. This would be to return to the either/or Greek construals of transcendence. Kathryn Tanner elaborates:

Divine involvement with the world need be neither partial, nor mediate, nor simply formative: if divinity is not characterized by contrast with any sort of being, it may be the immediate source of being of every sort. Such an extreme of divine involvement requires, one could say, an extreme of divine transcendence. A contrastive definition is not radical enough to allow a direct creative involvement of God with the world in its entirety. A contrastive definition does not work through the implications of divine transcendence to the end: a God who transcends the world must also … transcend the distinctions by contrast appropriate there. A God who genuinely transcends the world must not be characterized, therefore, by a direct contrast with it. A contrastive definition will show its failure to follow through consistently on divine transcendence by inevitably bringing God down to the level of the non-divine to which it is opposed. …

The Christian theologian therefore needs to radicalize claims about both God’s transcendence and involvement with the world if the two are to work for rather than against one another. … Only that sort of transcendence prevents God’s transcendence and creative agency from becoming competitive. If Christians presume that God is somehow beyond this world is therefore not to be identified with it in part or as a whole, the theologian in the interest of Christian coherence adds that this non-identity must not amount to a simple contrast. This insistence upon a non-contrastive characterization of God’s transcendence forces, in turn, Christian talk of God’s creative agency to be worked out in a genuinely radical way: God must be directly productive of everything that is in every aspect of its existence. Anything short of that supposes, I have argued, a diminished transcendence. Apparent problems of incompatibility are resolved in this manner—not at the cost of either claim but in taking both to their genuine extremes. (God and Creation in Christian Theology, pp. 46-47)

So far so good. We must radicalize our understanding of both divine transcendence and divine immanence if we are to think them together. Yet the nettle has not yet been grasped. We might still continue to believe that a God-free zone is needed to make possible self-determination. After all, if I freely choose to do something, then it makes no sense to also say that God caused me to do it. The two possibilities are mutually exclusive, right? Most likely, therefore, we will find ourselves talking about God kenotically limiting his causal action and presence in order to give us space in which to make choices, without interference or constraint. I’m sure my readers can cite multiple instances of this manner of speech from their respective ecclesial traditions. It has become dominant in both theology and pulpit.

Tanner, however, urges us to confront the conundrum directly.  If we think of God in his radical though non-contrastive difference from the world, then perhaps we can begin to entertain the simultaneity of divine and human agency. Divine action creates and grounds human freedom. “A created cause can be said to bring about a certain created effect by its own power, or a created agency can be talked about as freely intending the object of its rational volition,” continues Tanner, “only if God is said to found that causality or agency directly and in toto—in power, exercise, manner of activity and effect” (p. 86). We do not cease to be dependent upon God in our free activity, as if authentic freedom requires autonomy and independence from the Creator. That was the temptation of the serpent in the Garden. At all times and in every respect we are constituted as free creatures by the direct, immediate, and founding agency of God. In the words of St Bernard of Clairvaux: “Free will accomplishes the entire work and grace performs the entire work; in such a way, however, that the entire work is in the will precisely because the entire work is from grace” (quoted by Tanner, p. 92).

Hence we may speak of a concursus between divine and human agency, as long as we make it clear that God and the creature are not operating on the same causal plane. The primary causality of God must be plainly distinguished from the secondary causality of creatures, including rational, self-determining beings. “God operates,” explains Tanner, “from within created causes, in the very place from which their operations arise” (p. 95). He does not act upon the human being from the outside, as an invasive or violent force, but in the ontological depths in which he continuously confers the gift of freedom and rational agency. Creaturely power and efficacy is a gift from God and only exists under God and in God and with God.

In his book Freedom and Creation in Three Traditions, David Burrell surveys medieval Islamic, Jewish, and Christian reflection on the theme of divine and human agency. It’s a fascinating discussion, and I commend the volume. One of the early Islamic philosophers to advance a dual agent understanding of free will was al-Ash’ari. Burrell paraphrases al-Ash’ari’s insight in these words: “God is an agent unlike any we know in that God alone can create an act which is not God’s act but belongs to (iktisab) another. Only the power to create can give that ‘distance’ to an agent. This observation allows us to acknowledge we are dealing with an analogous term: there is an agency proper to humans, whose free actions are ipso facto their own; and an agency proper to God, who can also create actions which properly belong to God’s creatures, since creating is the act which is the source of all activity” (p. 82). St Thomas Aquinas would develop a similar view several centuries later.

Tanner proposes a subsidiary grammatical rule: “God’s agency is not to be talked about as partial, or as composed or mixed with created causality. None of that is proper since God is said to be at work as a transcendent agent founding created causality as a whole” (p. 94).

1 Response to Creatio ex Nihilo: The Grammar of Agency