Absolute Deity: Being, Beyond Being, or a Being? 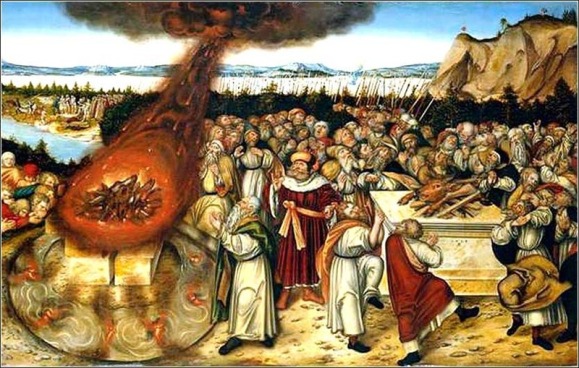 Is God a being among beings or Being itself? This is the question presently being discussed by philosophers Bill Vallicella and Dale Tuggy. If this is a question that interests you, please jump over to Vallicella’s website and read his article “God.” Then jump over to Tuggy’s site and read the two articles he has posted: “God is a being (part 1)” and “(part 2).” And then see Vallicella’s follow-up: “God and Socrates.” Not being trained in philosophy, analytic or otherwise, I find the arguments dense, difficult, and more than a little bit weird; but I imagine this happens all the time when laymen read chats between analytic philosophers.

That God, as conceived by Christians (and I’m not really interested in any other God), is not a being among beings is so utterly obvious to me that I honestly do not know how to argue against it. One of the very first theology books I read back in the 70s was He Who Is by Eric Lionel Mascall. When I look back now on my theological development since then, I have come to realize how profoundly he influenced my understanding of God, even though it was decades later before I read even a little Aquinas. My paperback copy of the book is filled with underlining (ditto for my copy of Existence and Analogy). Here’s one passage that I underlined:

We cannot lump together in one genus God and everything else, as if the word “being” applied to them all in precisely the same sense, and then pick out God as the supreme one. For if God is the Supreme Being, in the sense in which Christian theology uses the term, “being” as applied to him is not just one more instance of what “being” means when applied to anything else. So far from being just one item, albeit the supreme one, in a class of beings, he is the source from which their being is derived; he is not in their class but above it. … In the technical term, when we apply to God a term which is normally used of other beings, we are using it not univocally but analogically; for he is not just one member of a class with them, but their ground and archetype. (p. 9)

The claim that God is a being among beings is immediately ruled out, so it seems to me, by the classical understanding of divine transcendence: if all beings have been created from nothing by the self-existent One, then this One cannot be classified as one of them, as sharing a world with them. To think of God as a being would thus represent nothing less than a return to paganism. We would be back at Mt Carmel with Elijah and the priests of Ba’al. Among theologians of the first millennium, the question was never “Is God a being?” but “Is God Being or beyond Being?” I know that having just written this, someone will now come back at me with a quote from one or more of the Church Fathers; but even if excep­tions are identified, I think my generali­zation stands.

Reading through Vallicella’s article, I kept asking myself, Would Mascall agree with the proposition “existence exists”? I find the proposition odd. Or how about this question: Would Aquinas agree with the proposition that God and Existence are identical? Would he not prefer to speak of God as the pure Act of Existence (or am I quibbling)? Another question: What about the assertion of Pseudo-Dionysius that God is beyond all Being? Aquinas would certainly agree that the Creator transcends created being; but I suspect that Dionysius is trying to say something more.  I wonder what the Maverick Philosopher thinks about “bey0nd Being” language  (I can pretty much guess what Tuggy thinks about it).

I look forward to hearing your thoughts about Vallicella’s and Tuggy’s arguments. Please do not be reluctant to avail yourself of the comment box. I, for one, need to hear from you. Perhaps even Vallicella and Tuggy might join us. Probably not, but who knows? Even the Lord of Hosts deigned to make an appearance at Mt Carmel.

This entry was posted in Theology and tagged Act of Being, Aquinas, being, Bill Vallicella, Dale Tuggy, divine transcendence, Eric Mascall, God, God as being. Bookmark the permalink.

22 Responses to Absolute Deity: Being, Beyond Being, or a Being?