Universalism, Molinism, and the Metaphysics of Actuality

Jeff Cook has completed his three-part series on universalism: “Universalism and Freedom.” Given that Steven Nemes has already published a lengthy response over at his blog, I thought I’d restrict myself to one feature of Cook’s argument—the nature of divine foreknowledge. “If I were a Universalist,” Cook hypothesizes, “I would advance a principle”:

God has foreknowledge of the choices every free creature would make in any world he might actualize. This is a compatibilist line of thinking and it assumes that human freedom and God’s selection of a specific foreknown future are not incompatible, and therefore God may select a world with a story and final state he sees as best while honoring the choices of all human souls.

If I were a universalist, I would argue something like this: If we presuppose P, then God may look at the trillions of possible worlds he could actualize and see that in at least one of them all the free creatures eventually choose to embrace Him as Father and the community of God as their family through Christ. Let’s call the most desirable of these foreknown worlds “World F”.

If I were a Universalist, I would argue that prior to creating anything God has foreseen that if he were to actualize World F, all the potential sons and daughters in World F would eventually embrace their identity and the God who loves them. This view can make sense of two very important details: (1) It affirms human freedom, and (2) “God gets what God wants”: the redemption of all those he created.

Philosopher-types will immediately recognize this construal of divine foreknowledge as what is called Molinism: God knows all true counterfactuals of creaturely freedom, and he uses this “middle knowledge” in his creation of the world. It’s as if he runs in his mind zillions and zillions of simulations and from them chooses a specific simulation to actualize, namely, the world we now inhabit. William Lane Craig has popularized this understanding in evangelical philosophy.

Molinism neatly resolves the mystery of divine sovereignty and human freedom. It is easy to see why it might be attractive to proponents of the greater hope. But this is not a route that I can take. The image of God deliberating over scenarios of cosmic history and then picking the specific scenario that best realizes his creative intentions strikes me as anthropomorphic and incompatible with the transcendence of the Christian God. That we, as temporal creatures, should think of God as knowing future events before they happen is no doubt inevitable. Even many of the Church Fathers appear to have thought of divine foreknowledge along these lines (St John of Damascus comes immediately to mind), yet the naïveté of this view becomes apparent as we ponder more deeply on divine eternity and the creatio ex nihilo. 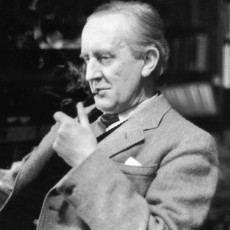 The Molinist assumes that God can know a history constituted by free agents, even though it does not exist. This idea may seem initially plausible. Did not J. R. R. Tolkien imagine an (almost) fully consistent secondary world of Valar, Elves, Men, Ents, Balrogs, and Orcs? Yet even still, these creatures and characters only became real when Tolkien brought the story to page, at which point they assumed lives and identities of their own. In a letter to W. H. Auden, Tolkien describes the process of creation as one of surprise: “But I met a lot of things on the way that astonished me. Tom Bombadil I knew already; but I had never been to Bree. Strider sitting in the corner at the inn was a shock, and I had no more idea who he was than had Frodo.”

My analogy fails, of course—every analogy walks on three legs. The act of imagination is dependent upon the artist’s experience of a pre-existing world, and the story-teller may alter his narrative innumerable times. But the analogy points to the critical flaw in the the Molinist proposal.  The assertion of middle knowledge demands, as David Burrell incisively argues, that God possess a knowledge “on the one hand of what might have taken place but does not, and on the other of what has not yet come to pass.” It therefore presupposes “determinations to the object known which only existence could bestow. … For if it is only esse [the act of existing] which grants an individual to be the individual it is, then God cannot know such an individual apart from granting it to be” (Knowing the Unknowable God, p. 104). God does not, and cannot, know Moses or the Virgin Mary or Al Kimel until he brings these beings into reality. The creatio ex nihilo thus implies, avers Burrell, a “metaphysics of actuality”:

Everything turns, of course, on the ability to characterize the creator of all things as the cause of being, and to understand the capacity to act on the part of self-determining creatures to be a participation in existence freely granted by that primary cause. If, on the other hand, we think of the creator as surveying universes of fully determinate possible beings “before deciding” which one to create, we are at a loss to understand how such “creatures,” possessed of at best “intelligible existence [esse intelligibile],” could be understood to be free actors and hence “fully determinate.” Hence the picture we have of God as creator will imply a specific metaphysics, and vice-versa. (Freedom and Creation in Three Traditions, p. 114)

A metaphysics of actuality, as opposed to a metaphysics of possibilism, requires that we reconceptualize the popular notion of divine foreknowledge. God does not know the future, for the future, by definition, does not exist. He knows, rather, that which he creates, or as Burrell puts it, “God knows what God does” (p. 108); and what he does is bestow existence. We may not be able to comprehend how this is so—the divine act of creation remains unfathomable to us—but we can see why it must be so.

God, who knows eternally and who knows by a practical knowing what God is doing, knows all and only what is, that is, what God brings into being. Yet by that knowledge, like an artist, God also knows what could be, although this knowing remains penumbral and general, since nonexistent “things” are explicitly not constituted as entities. By definition, an eternal God does not know contingent events before they happen; although God certainly knows all that may or might happen, God does not know what will happen. God knows all and only what is happening (and as a consequence, what has happened). That is, God does not already know what will happen, since what “will happen” has not yet happened and so does not yet exist. God knows what God is bringing about. Yet since our discourse is temporal, we must remind ourselves not to read such a statement as saying that God is now bringing about what will happen, even though what will have happened is the result of God’s action. (p. 105)

Given that we cannot picture God’s knowing of what-will-have-been, it is better to say that God does not now know what will-be and then correct the inevitable implications of that statement by insisting that God will not, however, be surprised by what in fact occurs, since what-will-have-been is part of God’s eternal intent, either directly or inversely, as in evil actions (ST 1.10.10). It remains that we will try, inescapably, to picture such an intent as God “peering into the future,” so we must then insist that the entire point of calling God’s knowledge of the “actual world” that of vision is to call to attention to the “contemporaneity” of an eternal creator with all that emanates from it, whereby what is, is so in its being present to its creator (ST 1.14.13). Yet the manner in which temporal realities are present to their eternal creative source is not available to us, so it is hardly surprising that we lack a model for God’s knowing eternally what-will-have-happened. For that reason I would prefer the arresting picture of God not knowing “the future” (which is also literally true) to the one which seems invariably to accompany the assertion that God does eternally know what will-have-happened—namely, that God can do what no one else can: peer into “the future.” God knows eternally what God brings about temporally; but this assertion does not entail that God now knows what God will bring about. The hiatus between eternity and time presents another manifestation of “the distinction” [i.e., the distinction between the transcendent Creator and the world he has made], so it is only plausible in the perspective of creation and never comprehensible.

What these grammatical remarks underscore is the relentlessly actual character of God’s presence to the world. The eternity thesis has the primary advantage of releasing us from so-called “counterfactuals  of freedom,” which amount to asking what “Sally” would do in response to a particular invitation, were she to be created. (p. 110) 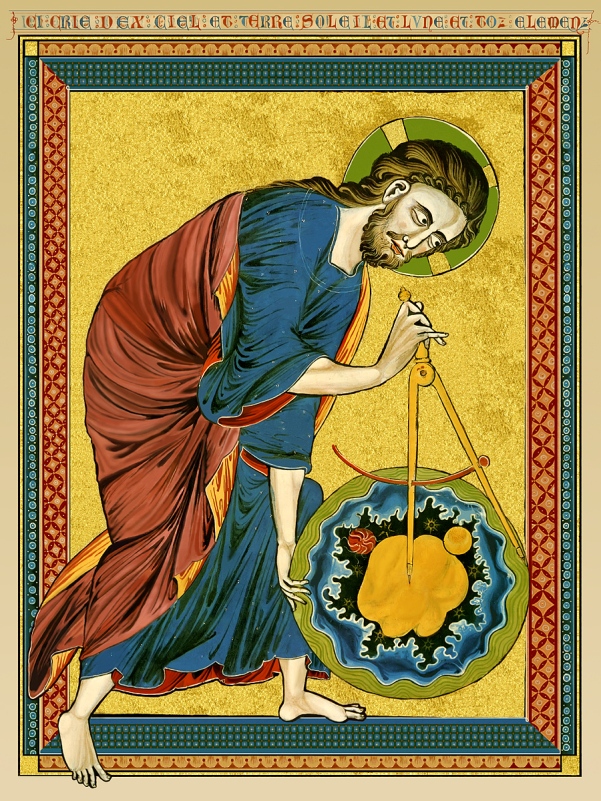 At this point we may suspect that Burrell is presenting a version of open theism, but the suspicion is unwarranted. He is, rather, advancing a Thomistic understanding of the eternal Creator who transcends created space and time altogether. God knows all things in his ineffable, eternal act of making and in this act is present to all beings and to all history.

Hence I must reject Jeff Cook’s hypothetical Molinist proposal. The universalist must find another way to reconcile divine sovereignty and human freedom.

(For more on David Burrell and divine foreknowledge, go to “Does God Know What Hasn’t Happened Yet?“)

76 Responses to Universalism, Molinism, and the Metaphysics of Actuality