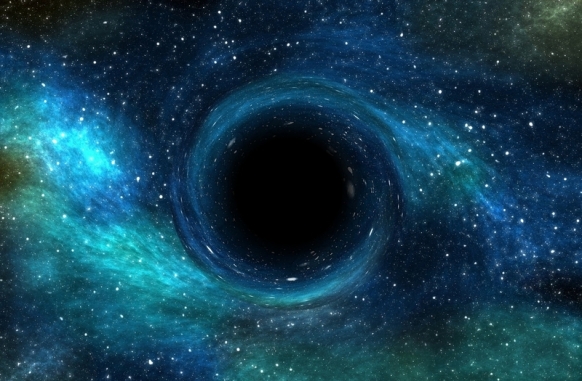 What is God? What is his nature? The answer given by St Thomas Aquinas may surprise us: we do not know. By contemplation of the structures of the world, we may know that God exists as the ultimate cause and doer of finite being; but precisely because God is the cause and doer of finite being, we do not know, and in this life cannot know, what he is. God radically transcends all he has made. We cannot step outside the relationship that is the bestowal of being to objectively apprehend him as he is in himself. He is not an object of our sensory perception or intellectual apprehension. He cannot be classified according to scientific or philosophical criteria. He is not a thing, even a divine thing, and is therefore not contained in any genus. He is not an instantiation of divinity, for there is no category called “divinity” of which he is a member. God is absolute, unique, transcendent, infinite. Hence we cannot grasp his essence nor provide a definition of deity. In his Exposition of the Divine Names of Dionysius, Aquinas writes:

God is greater than all we can say, greater than all that we can know; and not merely does he transcend our language and our knowledge, but he is beyond the comprehension of every mind whatsoever, even of angelic minds, and beyond the being of every substance. (De Div. Nom. I.3.77; quoted in Fran O’Rourke, Pseudo-Dionysius and the Metaphysics of Aquinas, p. 49)

And in his Commentary on the Sentences of Peter Lombard:

The name qui est [“He who is”] expresses ‘Being’ [esse] as absolute and not determined through any addition; and Damascene says, therefore, that it does not signify what God is but as it were an infinite ocean of substance which is without determination. When therefore we proceeds towards God by the way of remotion, we first deny of him anything corporeal; and then we even deny of him anything intellectual, according as these are found in creatures, such as ‘goodness’ and ‘wisdom’; and then there remains in our minds only the notion that he is, and nothing more: wherefore he exists in a certain confusion for us. Lastly, however, we remove from him even ‘being’ itself as it is found in creatures; and then he remains in a kind of show of ignorance, by which ignorance, in so far as it pertains to this life, we are best united to God, as Dionysius says, and this is the cloud in which God is said to dwell. (In Sent. 8.1.1; O’Rourke, p. 58)

The Angelic Doctor may well be, Herbert McCabe remarks, “the most agnostic theologian in the Western Christian tradition—not agnostic in the sense of doubting whether God exists, but agnostic in the sense of being quite clear and certain that God is a mystery beyond any understanding we can have” (Faith Within Reason, p. 96). Yet despite our incomprehension, we talk about God all the time. Here is one of the oddities of our liturgical and theological discourse: we do not know what the word “God” means. We have a well enough grasp of the grammatical rules for intelligible use of the term (even militant atheists know how to use it in a sentence), but Christians standing within the catholic tradition readily admit their ignorance of its referent. Writes McCabe: “For we do not know what we mean by ‘God’. We use this word just as a convenient label for something we do not understand. For Aquinas, only God understands what God is” (p. 97). Even divine revelation, insists Aquinas, does not give us to apprehend God in his essential reality but “joins us to know him as if to an unknown” (ST I.12.13).

To better understand Aquinas’s claim that we do not know what “God” means, it may be helpful to note the difference between knowing what one says is true and knowing what it is that makes one’s statements true. Brian Davies gives the example of a brain tumor. Your doctor gives you the bad news that you have a tumor growing in your skull. You have no idea what a tumor is. Your physician does, of course, but you do not. You’ve never studied the matter. No one has ever explained to you that a tumor is an abnormal growth of tissue that has formed a mass. All you really know is that it’s not something you want to be there. But despite your ignorance, your physician’s diagnosis gives you epistemic grounds for believing that you have a tumor, and on these grounds you are justified in telling others “I have a tumor.”  Even though you do not know what the word means, you are able to use it intelligibly. What is it that makes your statement true? The existence of the tumor in your brain. According to Aquinas, God is in the position of the physician. Only God knows what “God” means.

It is one thing to know or to have reason for claiming that a proposition is true; it is another to know what it is that makes the proposition true. And the difference here is what Aquinas has in mind when saying that there are truths to be proclaimed about God, even though we do not (and cannot) know what God is. For Aquinas, knowing what something is involves more than being able to talk about it, or even to talk about it truly. It means having what we have in mind when we say that doctors understand what is going on when patients have brain tumors. Aquinas thinks that we know what a thing is insofar as we possess a scientific understanding of it, insofar as we are able to single it out and to locate it precisely in terms of genus and species, insofar as we know what it is essentially. And this, he holds, is what we cannot do when it comes to God. Why not? Because God is not part of the world but the reason why there is any world at all. For Aquinas, God is not something with respect to which we can develop a scientific understanding.  (Aquinas, p. 68)

In light of the above, Aquinas’s introduction to his discussion of the nature and attributes of God in his Summa Theologiae, immediately following his presentation of the Five Ways, does not surprise:

Having recognized that something exists, we still have to investigate the way in which it exists, so that we may come to understand what it is that exists. But we cannot know what God is, only what he is not. We must therefore consider the ways in which God does not exist rather than the ways in which he does. (ST I.3; emphasis mine)

In saying this Aquinas is not saying that we cannot make true affirmative statements about God: examples of such statements include “God is good,” “God is wise,” “God is living.” But before we can make positive claims about divinity, we must first clear the way, as it were, by specifying the radical difference between deity and the things of the world. In other words, we must conceive God’s perfect and ineffable simplicity. Timothy McDermott, translator of the Summa Theologiae: A Concise Translation, puts it this way:

The proof that there is a God is only the beginning of what we might call the demonstration of God. We would like to go on to say what kind of god God is. At first sight Thomas’s answer to this is pessimistic. Any effect of a cause demonstrates that its cause exists, he says. God’s effects then are enough to prove that he exists, but they are not enough to help us comprehend what he is. As Thomas will show, in [Question 2], affirmations saying what God is can’t in themselves distinguish him from other things: we can only say, rather emptily, that when God is such-and-such he is more such-and-such than anything else. Thomas believes that we can distinguish God from other things with the help of eliminations (Thomas’s version of what the tradition called negative theology), but these tell us what God is not rather than declaring what he is. Negations are, so to speak, the shadows cast in our language by the affirmations we would like to make: God’s simpleness, for example, his lack of parts, is a shadow thrown onto our expectation of what perfection is—richness of complexity—by God’s all-embracing concentration of perfection in one entity, a perfection that sums every variety of created perfection that imitates it. In similar ways, Thomas will show that God is-and-isn’t in space: not existing in space as himself located, but present as the active doing of all spatial location and locatedness; and even more mysteriously, that God is-and-isn’t in time: not himself measured by time but present in all temporal measuring and measuredness. The principle appealed to throughout is the same principle that led to God’s existence in the first place: God exists as the doing of all being, the existence that acts in all existence, an existence in the world’s existing but not of it, no thing, but not therefore nothing. (pp. xxxi-xxxii)

Aquinas begins his reflection on the divine nature with divine simplicity and from this negative attribute (the absence of parts and composition) deduces other negative attributes—immateriality, infinity, immutability, timelessness, nonpotentiality. David Burrell suggests that these negative attributes are best understood as formal features of divinity: bespeaking the divine mode of existence, they define the manner by which positive perfections may be properly predicated of God:

The best way I know to put this is to remind ourselves that simpleness is not an attribute of God, properly speaking, so much as a “formal feature” of divinity. That is, we do not include ‘simpleness’ in that list of terms we wish to attribute to God—classically, ‘living’, ‘wise’, ‘willing’. It is rather that simpleness defines the manner in which such properties might be attributed to God. When we say God is simple, we are speaking not about God directly but about God’s ontological constitution; just as when we say that Eloise is composite, we are not predicating anything about her in any of the nine recognizable ways of Aristotle. So it would be putting the cart well before the horse to think of simpleness as a constituent property of God whose very “existence is a necessary condition of [God’s] existence” [Alvin Plantinga]. “Formal properties” are not so much said of a subject, as they are reflected in a subject’s very mode of existing, and govern the way in which anything whatsoever might be said of that subject. (Knowing the Unknowable God, pp. 46-47)

Modern philosophers tell us that the doctrine of divine simplicity is incoherent. But I’m beginning to suspect that they think this only because they have not understood the apophatic and regulative function of the doctrine within Christian reflection.  “The most perfect to which we can attain in this life in our knowledge of God,” the Dominican saint reminds us, “is that he transcends all that can be conceived by us” (De Div. Nom. I.3.83; O’Rourke, p. 50).

(Go to “God is Simply the Sheer Act of Existing”)