The Free-Will Defense and the Impossible Worlds of Molinism

This article has been extensively revised and republished on 10 October 2021. You may find it here, under the same title. 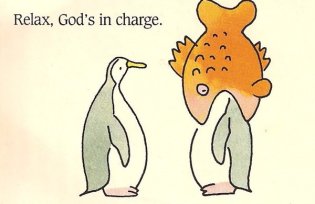 The free-will defense against the problem of evil is a failure–at least that’s what Hugh McCann believes. This verdict surprises, given the opinion of so many philosophers that Alvin Plantinga’s argument  succeeds resoundingly. But it succeeds, suggests McCann, only because it unacceptably abandons God’s provi­dential control of human volition, thus calling into question his power to secure a good and truly redemptive outcome. This sounds like McCann must be a determinist of some sort, but that’s not the case either. He expressly identifies himself as a proponent of libertarian freedom. While he acknowledges that compatibilism would provide the kind of control over the world that he believes a perfect God should and must have, it sacrifices too much. Determinism violates the moral responsibility that properly belongs to crea­tures made in the image of God. If our decision and willing were nothing but the causal product of nature and nurture, he says, “we would be reduced to the same status as our house pets: admirable in many ways, perhaps, but utterly bereft of the dignity of a moral being” (Creation and the Sovereignty of God, p. 94).

McCann takes up what many believe to be an impossible challenge: to formulate a robust understanding of divine sovereignty that respects, and indeed makes possible, the liber­tarian freedom of rational creatures. God must be accorded, he insists, “an active role as creator in the production of human action,” yet not in such a way as to compromise or nullify the liberty he bestows (p. 92).

But wait … we have yet to assess the merits of a position that appears to offer precisely what McCann is looking for. “If the standard free-will defense is to be made viable,” he explains, “we must find a way for God to know as creator what world he is creating. This requires that his knowledge of creaturely decisions and actions be prior to their actual occurrence” (p. 84). This priority is logical, not temporal: that is to say, God’s knowledge of our deeds must not be “ontologically dependent upon or explained by our actually performing them”—in other words, Molinism (p. 84).

Oh, is that William Lane Craig standing in the back frantically waving his hand? Yes, Dr Craig, do you have something to add?

Molinism teaches that God possess an exhaustive and complete knowledge of every world he might have created, including the free decisions and actions of the inhabitants of these worlds. He knows what every person might have thought, willed, and done under every conceivable circumstance. Molinists call this middle knowledge. It’s as if God plays out in his mind every possible creation scenario. He comprehensively cognizes in advance the subjunctives of freedom. He knows the what-ifs and maybes. Consider, for example, the Old Testament story of Jonah. If God has middle knowledge, then before the world was made he knew the subjunctive proposition “If Jonah were commanded to go to Nineveh and preach to the Assyrians, he would flee to Tarshish.” Not only this, but he also knew how Jonah would have reacted in every possible set of circumstances. Now expand this middle knowledge to comprehend every prophet and every human being, both possible and real. McCann elaborates:

Molina referred to this kind of knowledge as scientia media or middle knowledge, because it falls between two other types of knowledge he attributed to God: natural knowledge and free knowledge. The first category contains all logical and conceptual truths, which Molina held, God knows simply by comprehending his own nature, in which they are embedded. Free knowledge is knowledge of propositions whose truth depends on how God exercises his own free will. Thus, given his decision to create tigers, the proposition that there are tigers belongs in this category. Middle knowledge is held to fall between the two in that, like natural knowledge, it consists of propositions whose truth or falsity is not up to God. God may decide the circumstances in which he will place Jonah, but it is Jonah who decides how he will act in them. And the truth is that in the circumstances we are considering, Jonah would decide to flee for Tarshish. This, for God, is a given from the Molinist perspective, just as it is a given that triangles, if there are to be any, shall have three sides. On the other hand, middle knowledge is like free knowledge in that it consists only of contingent propositions. The fact that there are tigers is contingent, and so is the fact that, presented with the divine commission to head for Assyria, Jonah would instead head for Tarshish. (pp. 84-85)

The advantage of middle knowledge is clear. It makes possible both the omniscience of God and his sovereignty over every universe he creates. By his middle knowledge the Creator has the freedom to actualize the specific world (one out of zillions and zillions) that best fulfills his providential and eschatological ends. Nothing can happen apart from his permission, for it is this world and not another that he freely chooses to bring into being:

Assuming it is a legitimate notion, middle knowledge restores God’s omniscience as creator, and does much to restore his sovereignty and providence in creating creatures with libertarian freedom. Armed with information about how any such creature would decide and act in the various circumstances in which he might be placed, God has the option of not creating the creature, or of creating him in whatever circumstances are called for by the subjunctives of freedom whose truth God wishes to be reflected in the actual world. Now of course the circumstances in which one creature is placed may depend in part on how others choose to exercise their freedom. But the willing of those others can in turn be providentially arranged, since they too fall under middle knowledge. In principle, then, nothing need occur in the actual world that does not have God’s prior recognition and consent, at least. He knows all of his options in advance, and once his creative decisions are made he knows by his free knowledge how things will go, not just how they could or would, if … (p. 85)

This does not mean that everything happens according to God’s optimal desires. He no doubt would have preferred if Adam and Eve had not eaten of the apple; but apparently, we may surmise, that possible world was unavailable. He no doubt would have preferred if Jonah had gone directly to Nineveh, but that was not what was going to happen in the world he chose to create. “The best God could do was what, by way of tempest and levia­than, he eventually did: namely, alter Jonah’s circumstances so they would fit a true subjunctive of freedom that had the desired outcome” (p.85). And note: Jonah’s libertar­ian freedom is preserved. God does not cause him to flee to Tarshish nor compel him to change his mind (though the prospects of life in the stomach of the whale was no doubt a strong incentive). Jonah simply does what Jonah will always do in this specific scenario under these circumstances. God does not need to coerce anyone. People do what people do, and God plans accordingly. In this way the dual concerns articulated by McCann are fulfilled: because God actualizes a specific history in its details and totality, he knows all that will happen and infallibly accomplishes his purposes.

But is the notion of divine middle knowledge plausible? McCann does not think so. He advances three objections. As far as I understand them, they seem to boil down to the decisive differences between a possible world and a real world. If Jonah enjoys genuine libertarian freedom, does it make sense to speak of what he would do in a particular situation? God can run all the simulations he wants, but in the real world people remain free to do otherwise. Possible worlds are but abstractions. The real world, on the other hand, is full of novelty, spontaneity, and surprise:

We need to remember at this point that the world in which we actually exist (Wr, we’ll say)—that is, the concrete world of things like mountains, desks, and automobiles, and of real events like Booth’s assassinating Lincoln and Jonah’s making off for Tarshish—is not a possible world in the technical definition of that phrase. It is a real world—the only real world, we may suppose—which exists contingently, and whose existence theists hold to be owing to God’s creative will. The possible world that answers to the real world, namely, W0, is by contrast an abstract entity. It exists necessarily, and its existence (we may here presume) is utterly indifferent to that of Wr. (p. 89)

Consider what it would mean for the Molinist God to actualize W0. He would need to know in advance that “he was going to create Jonah, that he would present Jonah with the commission to preach in Nineveh, and that Jonah would instead set sail for the ends of the earth—and similarly for every single contingent fact that pertains to the real world” (p. 90). Creation becomes script. Where’s the fun in that?

(Go to “Freedom and Determinism”)