Action is the Revelation of Being 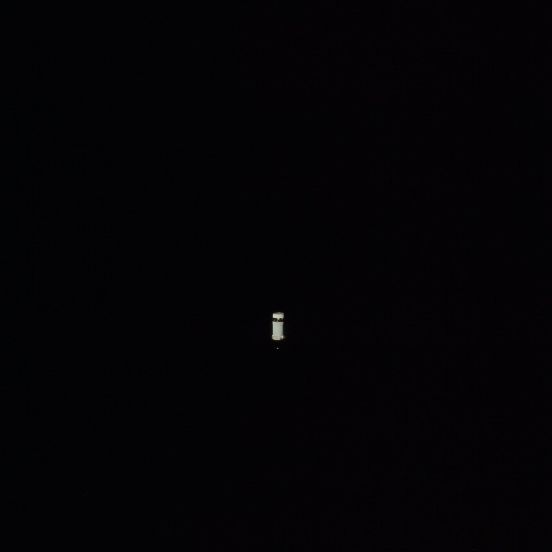 Action is the revelation of being. This principle, Norris Clarke tells us, is central to the metaphysics of St Thomas Aquinas. It also seems to be true. Try to imagine a non-acting being—an entity that never interacts with other entities, that never communicates, that never manifests its presence, that never expresses its nature, that never acts in the universe as a cause. Not only would we not know what kind of being it is, but we would not even know that it exists. It would be a non-being, indistinguishable from nothing. “A being that did not manifest its existence and essence to others by some form of self-revealing action,” observes Clarke, “would make no difference at all to the other beings in the universe, and hence might just as well not be at all” (Explorations in Metaphysics, p. 46). Now try to imagine a universe populated exclusively by such non-beings. It would not, and could not, be a universe. Nothing would act upon anything. Nothing would be connected by cause and effect. There would be no mass, no energy, no movement, no relationship, no life, no consciousness—in other words, the absence of reality. “To be real is to make a difference,” states Clarke; but in a universe filled by inert beings, nothing would make a difference (The One and the Many, p. 32). Thus muted, existence collapses into nihility. “To have a universe, a community of real existents, its members would have to communicate with each other, be linked somehow and all communication requires some kind of action. A non-acting, non-communicative being is for all practical purposes (in the order of intelligibility, value, action, or making any difference at all) equivalent to no being at all” (p. 32).

This thought experiment leads Clarke to assert the energetic nature of existence:

It is through action, and only through action, that real beings manifest or “unveil” their being, their presence, to each other and to me. All the beings that make up the world of my experience thus reveal themselves as not just present, standing out of nothingness, but actively presenting themselves to others and vice versa by interacting with each other. Meditating on this leads to the metaphysical conclusion that it is the very nature of real being, existential being, to pour over into action that is self-revealing and self-communicative. In a word, existential being is intrinsically dynamic, not static. (pp. 31-32)

To be is to be actively present to other beings, to act on others and be available to their action. To be is to be in dynamic relation and community. To be is to exist in unity with all other beings. In this way beings form the inter-connected system that we call a universe. Admittedly, the notion of self-revelation seems odd when speaking of inanimate objects—at least until a rock hits me on the head. “What the heck!” At that moment the inanimate world gets my attention and forces me to attend to it. So I pick up the rock and attempt to understand its nature. Essence reveals itself to me through its energy. Just ask Wile E. Coyote.

Clarke then makes an important clarification: being and action are not logically identical; “action,” rather, “flows naturally from real being precisely as existent”—agere sequitur esse (action follows the act of being). This leads to a twofold distinction: “existence is the first act of a real being, action its second act, flowing immediately from the first. Aristotle himself saw this long ago when he defined a real nature as ‘an abiding center of acting and being acted upon'” (p. 33).

We know things by their operations and activities. As Thomas writes: “Then, too, the species of a thing is gathered from its proper operation; for the operation manifests the power, which reveals the essence” (SG II.94). We do not originate the action of the other. We suffer it and are thus, as Clarke puts it, “controlled or determined by it willy-nilly.” This suffering signifies the presence of the other and leads us to the a limited apprehension of its nature, as this kind of actor rather than another kind. “This is precisely what our knowledge of the essences of real beings comes down to,” he elaborates: “we know them as such and such kinds of actors, distinguished from others by such and such a set of characteristic actions. Such knowledge is genuinely revelatory of the essence, for it enables us to know that the being truly has within itself such a nature, possessing such a degree of perfection and power, that it can originate such a self-communicating, self-expressing, self-imaging action” (Explorations, p. 55).

We cannot bypass action to grasp the essence of things. As physical creatures who encounter the world by sensory apprehension, “we cannot ‘zap in’ by direct unmediated intuition to ‘see’ intellectually the inner act of existence and especially the nature of the agent as it abides in itself behind the actions, apart from and independently of these actions” (p. 55). God knows the essence of things immediately and exhaustively through the divine act of creation, but we only know them to the extent that they reveal their essence through their activities. Note the “to the extent”:

But no single action of a finite being can ever reveal totally, in a single exhaustive flash, the entire essence of that being. Every action of a finite being (or even the action of an Infinite Being as received in a finite being) is always at once revealing and concealing, to use Heidegger’s marvelously apt language. It does reveal something of the inner nature; otherwise it would not be action at all. But it also leaves unrevealed further depths or aspects of the reservoir of active potency within it; and though finite in itself, the latter is still inexhaustible to our knowledge because of its hidden ontological connections with every other being in the universe and especially with its Infinite Source, God himself. (p. 55)

Action is the revelation of being. Readers will immediately start pondering upon the theological implications of this metaphysical principle. Consider, for example, St Basil’s statement “The [divine] operations are various, and the essence simple, but we say that we know our God from His operations, but do not undertake to approach near to His essence. His operations come down to us, but His essence remains beyond our reach” (Letter 234.1; cf. David Bradshaw, “The Concept of the Divine Energies“). How else can we know our Creator but by his self-manifestation?

(Go to “The Diffusiveness of Being”)

33 Responses to Action is the Revelation of Being