Analogy of Being: Knowing God in Similarity within Dissimilarity 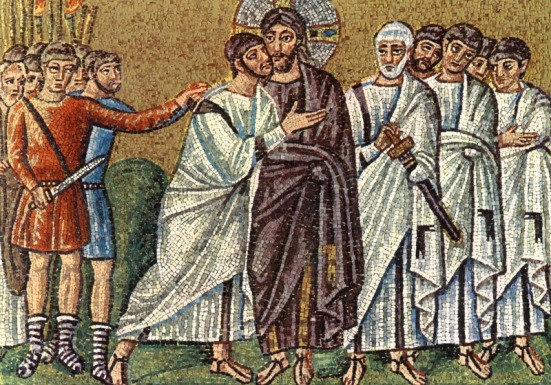 How is it possible to speak meaningfully of the infinite and transcendent God? By definition he is not an object of our sensible, perhaps not even of our intellectual, experience; yet human language is grounded in our experience of the world. We confidently say that God is good, wise, just, loving, personal; but these are concepts we use to refer to finite beings, particularly finite rational beings. What meaning can they possibly have when used to speak of the ineffable reality who is “wholly other”? Sure, we can always retreat into the revelational positivism of the neo-orthodox, the language games of Wittgenstein, or the metaphorical theology of Sallie McFague; but the gap between the infinite and finite remains. Divinity may well condescend to cross the gap and communicate with its creatures, employing our words and terminology, but the problem of meaning is not thereby magically resolved. Reflecting on the infinite qualitative distinction and the impossibility of empirically verifying theological claims, philosopher A. J. Ayer famously pronounced: “All utterances about the nature of God are nonsensical.” Oh my—those pesky philosophers.

Norris Clarke believes that the solution to this perceived problem is to be found in the participation metaphysics of St Thomas Aquinas:

There is only one bridge that enables us to pass over the cognitive abyss between ourselves and God and talk meaningfully about Him in our terms: the bridge of causal participation, or more simply of efficient causality, taken with all its implications. If God were not the ultimate causal Source of all the perfections we find in our world, we would have no way of talking meaningfully about Him at all. It is the causal bond which grounds all analogous predication about God.

What is there in this relation that forges a bond of community between the effects and their cause? It is the fundamental property of all efficient causality—a doctrine implicit in Plato but first laid down by Aristotle, echoed with some reservations by the Neoplatonic tradition, and systematically exploited by St. Thomas in his participation metaphysics—that every effect must in some way resemble its cause. Since all that the effect has comes from its cause and is the gift of the cause, and since the cause cannot give what it does not possess, at least in some higher equivalent way, then under the pain of unintelligibility there must be some resemblance between the effect and its cause, at least in the most fundamental order of existence and the latter’s satellite properties, such as unity. That is precisely why the world, as created by God, has always been considered—and rightly so—as an image of God, perfect but still participating in its own limited way in the infinite plenitude of the divine perfection. Creation itself, therefore, immediately sets up a bond of community between the world and God. …

Cut the bond of causal similitude between God and creature which, outside direct mystical experience, is our only bridge across the unfathomable abyss between finite and Infinite, and there is no path left to the mystery-shrouded peaks of the farther shore. (The Philosophical Approach to God, pp. 78-79, 81)

In other words, that we may, and indeed do, speak meaningfully about God presupposes an analogy of being (analogia entis). Even the language of divine revelation presupposes the “community of being and intelligibility established by the causal bond contained in the notion of creation” (p. 80). Apart from this ontological unity, God’s revealed Word would not succeed in communicating with us. It would be mere noise. But in fact it does succeed, and it succeeds because the world has been sung into being by the eternal Word.

Following Thomas, Clarke identifies the community of being shared by Creator and creature as one, not of essence or nature, but of esse—the act of existing. The essence of God is not violated. It remains incomprehensible to finite human knowing, as long asserted by the Eastern theological tradition. By the creatio ex nihilo God establishes a proportional relationship to his creatures, thus allowing us to speak of the similarities of creatures to their Creator within a wider dissimilarity:

For the Thomistic notion of being as that which is (an essence exercising the act of existence in its own particular way) focuses explicitly on the similarity of the act of existence in all real beings—not on their essences or forms, save as modes-of-existing; hence, it does not require that in applying the notion of being to God we must know or specify the mode of existing of the divine essence, what God is like. We affirm only that God exists, is actively present in his own distinctive infinite way, but not how he exists, what his essence is like in itself, which is totally hidden from us. Hence, we can leave the essence of God intact, without drawing it down to our own level (anthropo­morphism) yet affirm something supremely positive about its “owner” that links it with the entire community of all other real existents, God’s creatures. Thus, God becomes accessible to our human minds as the fullness of existence, yet transcending all the particular modes of existing that we know from our own this-worldly experience. (The One and the Many, p. 54)

Early in his career Karl Barth famously declared, “I regard the analogia entis as the invention of the Antichrist” and insisted that it was the one decisive reason why he could never be Roman Catholic. I have never really understood his antipathy to the analogy of being and have suspected some kind of misunderstanding, either on my part or Barth’s. Yet I do not lose any sleep about it. Regardless how one parses the dispute, Christians will continue to talk about God and his perfections. But I am finally beginning to see the critical significance of the analogia entis. It invites us to experience the panoply of creation, and every being within it, as a wondrous theophany of the infinitely transcendent and beautiful God: Father, Son, and Holy Spirit.

27 Responses to Analogy of Being: Knowing God in Similarity within Dissimilarity