Julian of Norwich and the Revelation of Love 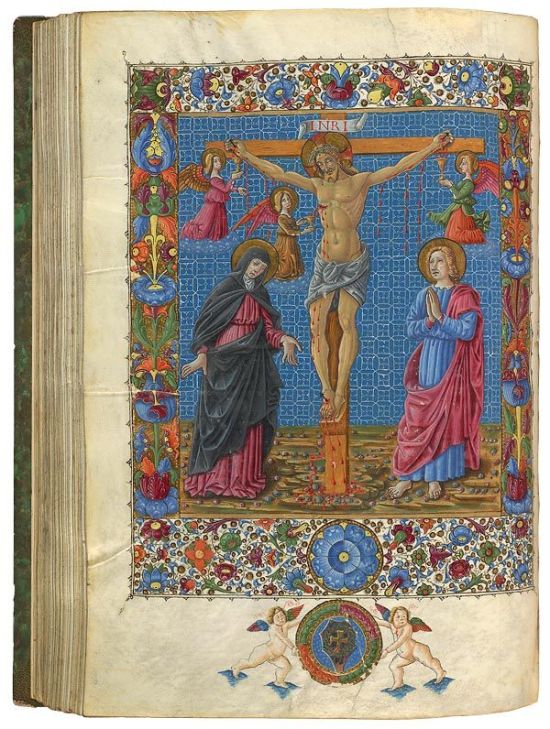 “This is a revelation of love that Jhesu Christ, our endless blisse, made in sixteen showings”—thus begins the divinely inspired reflections of Julian of Norwich on the visions she received on 13 May 1373. She was thirty years old. Julian first reported her visions in a short work, completed perhaps in the 1380s; but she continued to pray and reflect on them for the next decades, eventually producing, in the words of Mary Watson and Florence Jenkins, “a work with no real precedent: a speculative vernacular theology, not modeled on earlier texts but structured as a prolonged investigation into the divine, whose prophetic goal is to birth a new understanding of human living in the world and of the nature of God in his interactions with the world, not just for theologians but for everyone” (The Writings of Julian of Norwich, p. 3). Watson and Jenkins have entitled this longer work A Revelation of Love. The title is perfectly chosen.

“A revelation …”—not just a sequentially delivered series of revelations but a single revelation, not just a single revelation given in the year 1373 but a revelation unfolded over the course of decades in showings, locutions, and theological insights, finally brought to word in a beautiful, unique, and challenging literary composition. It’s all of a piece—a revelation of revelations. Where does God stop talking and Julian begin? It’s impossible to say. Her prophetic testimony does not allow the reader—at least not this reader—the freedom of a neutral response. Faith speaks to faith and calls forth faith. I found myself drawn into a mystery. I wasn’t sure how to properly read the book or how to respond. Oracles and visions can be dismissed; scholastic theologians can be interrogated and challenged. But Julian’s tenderness and humility precluded either response.

” … of love”—it’s all about love, the love of the Creator, the love of the crucified Savior, the love of Julian herself for her evencristen, to whom the revelation is ultimately addressed. Every page of the Showings breathes the spirit of love. Even when Julian graphically describes her vision of the bleeding corpus of Jesus, she does so with sobriety and gentleness. “This showing was quick and lively, and hidous and dredfulle, and swete and lovely,” she writes. “And of all the sight that I saw, this was most comfort to me: that oure good lorde, that is so reverent and dredfulle, is so homely and so curteyse. And this most fulfilled me with liking and sekernesse in soule” (LT 7). Julian understands that her visions are intended to display love and engender love. She concludes her Showings with a confession of the love of God:

And fro the time that it was shewde, I desyered oftentimes to witte [know] what was oure lords mening. And fifteen yere after and more, I was answered in gostly understonding, seying thus: “What, woldest thou wit thy lordes mening in this thing? Wit it wele, love was his mening. Who shewed it the[e]? Love. What shewid he the? Love. Wherfore shewed he it the? For love. Holde the therein, thou shalt wit more in the same. But thou shalt never wit therein other without ende.” Thus ws I lerned that love is oure lordes mening. And I saw fulle sekerly in this and in alle, that or God made us he loved us, which love was never sleked, ne never shalle. And in this love he hath done all his werkes, and in this love he hath made alle things profitable to us. And in this love oure life is everlasting. And in oure making we had beginning, but the love wherin he made us was in him fro without beginning, in which love we have oure beginning. And all this shalle we se in God withouten ende. Deo gracias. (LT 86)

And from this time it was revealed, I desired many times to know in what was our Lord’s meaning. And fifteen years after and more, I was answered in spiritual understanding, and it was said: What, do you wish to know your Lord’s meaning in this thing? Know it well, love was his meaning. Who reveals it to you? Love. What did he reveal to you? Love. Why does he reveal it to you? For love. Remain in this, and you will know more of the same. But you will never know different, without end. So I was taught that love is our Lord’s meaning. And I saw very certainly in this and in everything that before God made us he loved us, which love was never abated and never will be. And in this love he has done all his works, and in this love he has made all things profitable to us, and in this love our life is everlasting. In our creation we had beginning, but the love in which he created us was in him from without beginning. In this love we have our beginning, and all this shall we see in God without end. Thanks be to God.

We must not think of Julian as either naive or sentimental. She was a survivor of the Black Death and had witnessed its horror. Perhaps the horror prepared her for her vision of the Crucified and his revelation of Love.

2 Responses to Julian of Norwich and the Revelation of Love