Hartian Illuminations: How Can Love be Impassible?

In this series of “illuminations,” I quote passages from David Bentley Hart’s collection of essays The Hidden and the Manifest that I have found particularly instructive. I hope they will generate good discussion. 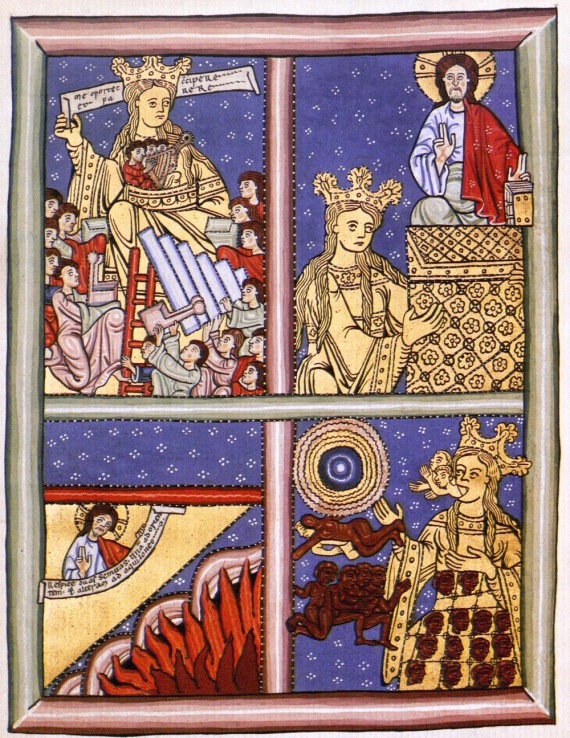 How can God be described as “impassible” when in his inner-Trinitarian being he is absolute and infinite Love? Does not love suffer when the beloved suffers? Does not God grieve when the beloved dies? One way to address this question is to think more deeply about love itself, particularly that love to which we are summoned and in which we shall be perfected in Jesus Christ:

Love is not primordially a reaction, but the possibility of every action, the transcendent act that makes all else actual; it is purely positive, sufficient in itself, without the need of any galvanism of the negative to be fully active, vital, and creative. This is so because the ultimate truth of love is God himself, who creates all things solely for his pleasure, and whose act of being is infinite. And this is why love, when it is seen in its truly divine depth, is called apatheia. If this seems an odd claim to us now, it is largely because we are so accustomed to thinking of love as one of the emotions, one of the passions, one of those spontaneous or reactive forces that rise up in us and spend themselves on various objects of impermanent fascination; and of course, for us “love” often is just this. But, theologically speaking, at least according to the dominant tradition, love is not, in its essence, an emotion–a pathos–at all: it is life, being, truth, our only true well-being, and the very ground of our nature and existence. Thus John of Damascus draws a very strict distinction between a pathos and an “energy” (or act): the former is a movement of the soul provoked by something alien and external to is; the latter is a “drastic” movement, a positive power that is moved of itself in its own nature. And love, certainly, is a movement of the latter kind. Or–to step briefly out of the patristic context–as Thomas Aquinas puts it, love, enjoyment, and delight are qualitatively different from anger and sadness, as the latter are privative states, passive and reactive, whereas the former are originally one act of freedom and intellect and subsist wholly in God as a purely “intellectual appetite.” Thus Gregory of Nyssa portrays his sister Macrina as teaching that the soul joined to God, who is beauty itself, will have no need of the energy of that appetent desire (epithymia) that arises from need or anxiety to unite it to divine goodness and loveliness, but rather will “attach itself thereto and mingle with it through the movement and energy of love (agape)”–which she defines not as a reactive agitation of the will, but as a habitual inward state oriented toward the heart’s desire.

Logically prior to any pathos we encounter, even the pathos of sin that confines our nature from the first, love is active in us as the very power of our existence, the truth of a nature that is in its essence sheer yearning, summoned out of nothingness toward union with God, who is the source and consummation of every love. It is a patristic commonplace, which one could illustrate copiously from Gregory of Nyssa, Augustine, Maximus, and many others, that the true freedom of the rational creature is a freedom from all the encumbrances of sin that prevent us from enjoying the full fruition of our nature, which is the image and likeness of God, when sin is removed, when we are restored to the condition in which God called us from nothingness, our entire being is nothing but an insatiable longing for and delight in God, a natural and irresistible eros for the divine beauty. We spring up into God. That is that ultimate liberty that Augustine places above the voluntative liberty of being able not to sin: it is the condition of being so entirely free from sin and death, so entirely transformed in the love of God and of, in God, one’s fellow creatures, as to be incapable of sin altogether. Or, to use the language of Maximus, it is natural freedom, restored in us by Christ, who frees us from the false passions of our “gnomic” freedom (the power of the finite will to consent to love to bind itself to destructive desires). It is that state, as the Pseudo-Dionysius phrases it, in which our ecstasy meets the ecstasy of God. Once this bond of love is forged, no transitory impulse of resentment, fear, or selfish appetite can sever it. And precisely because it is prior to and–in God–ultimately impervious to any contrary power (hatred, pride, anger, pain, death), such love as this is the only true impassibility. For, as Christ showed on the cross, God’s love is an infinite act, and no passion can conquer it: “Father, forgive them, for they know not what they do.” (“No Shadow of Turning,” pp. 57-59)

Can we imagine a love that is so full, so substantial, so robust, exuberant, and inexhaustible that it exists beyond all privation, passion, and sorrow? To begin to imagine such a love is to begin to understand the impassibility of the living God.

(Go to “The Apathy that is the Trinity”)

This entry was posted in David B. Hart. Bookmark the permalink.

11 Responses to Hartian Illuminations: How Can Love be Impassible?