Hartian Illuminations: Freedom is Freedom for the Good

In this series of “illuminations,” I quote passages from David Bentley Hart’s collection of essays The Hidden and the Manifest that I have found particularly instructive. I hope they will generate good discussion. 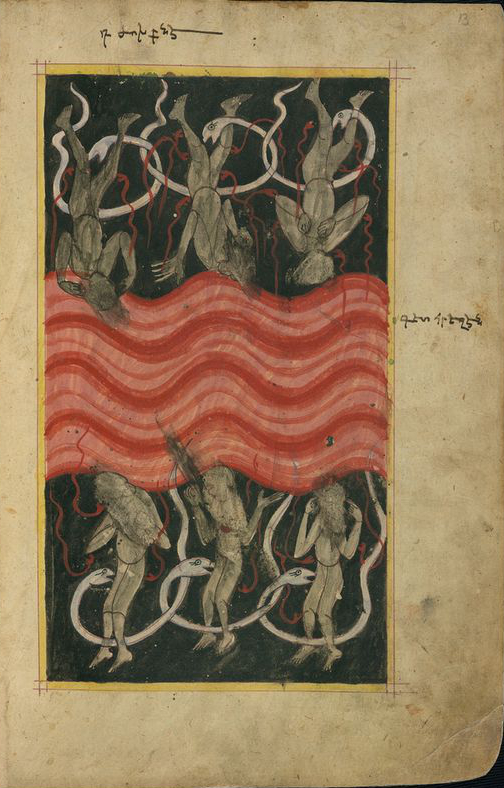 When all is said and done, the arguments for everlasting damnation boil down to two: (1) appeal to Holy Scripture and (2) invocation of free will. David Bentley Hart does not find the first argument convincing, as he explains in the Postscript of his recently published translation of the New Testament. He finds the second argument even less so:

Among more civilized apologists for the “infernalist” orthodoxies these days, the most popular defense seems to be an appeal to creaturely freedom and to God’s respect for its dignity. But there could scarcely be a poorer argument; whether made crudely or elegantly, it invariably fails. It might not do, if one could construct a metaphysics or phenomenology of the will’s liberty that was purely voluntarist, purely spontaneous; though, even then, one would have to explain how an absolutely libertarian act, obedient to no ultimate prior rationale whatsoever, would be distinguishable from sheer chance, or a mindless organic or mechanical impulse, and so any more “free” than an earthquake or embolism. But, on any cogent account, free will is a power inherently purposive, teleological, primordially oriented toward the good, and shaped by that transcendental appetite to the degree that a soul can recognize the good for what it is. No one can freely will the evil as evil; one can take the evil for the good, but that does not alter the prior transcendental orientation that wakens all desire. To see the good truly is to desire it insatiably; not to desire it is not to have known it, and so never to have been free to choose it. It makes no more sense to say that God allows creatures to damn themselves out of his love for them or of his respect for their freedom than to say a father might reasonably allow his deranged child to thrust her face into a fire out of a tender respect for her moral autonomy. And the argument becomes quite insufferable when one considers the personal conditions—ignorance, mortality, defectibility of intellect and will—under which each soul enters the world, and the circumstances—the suffering of all creatures, even the most innocent and delightful of them—with which that world confronts the soul. (“God, Creation, and Evil,” pp. 344-345)

The above quotation cries out for elaboration. Most of us are not schooled in classical presentations of freedom. When we think about what it means to be free, we think about choice: as long as I am presented with multiple choices, and neither thing nor person nor deity is compelling me to choose one over the other, then I am free. Everlasting damnation would therefore seem to be a reasonable possibility for every human being. I am free to either choose God as my final good or to irrevocably reject him and embrace lesser goods. The former guarantees me heaven; the latter hell. But Hart dismisses this libertarian construal of freedom. In his view it fails to understand the dynamics of desire and intentional action. We are not created in a state of neutrality over against our Creator; we are created by him and for him. We are insatiable desire for God.

It has become something of a commonplace in recent years to observe that the modern understanding of freedom differs qualitatively and rather radically from many of the more classical or medieval conceptions of freedom. According to these latter, so the story goes, true freedom is the realization of a complex nature in its proper ends, both natural and supernatural; it is the power of a thing to flourish, to become ever more fully what it is. But to think of freedom thus, one must believe not only that we possess an actual nature, which must flourish to be free, but also that there is a transcendent Good toward which that nature is oriented. To be free is to be joined to that end for which our natures were originally framed, and whatever separates us from that end–including even our own person choices–is a form of bondage. We are free, that is to say, not because we can choose, but only when we have chosen well. Thus ultimate liberation requires us to look to the “sun of the Good” in order to learn how to choose; but the more we emerge from illusion and caprice, and the more perfect our vision becomes, the less there is to choose, because the will has become increasingly inalienable from its natural object, whether that object lies within or beyond itself. The power of choice, however indispensable it may be to this pilgrimage toward the Good, is nothing but the minimal condition for a freedom that can be achieved only when that power has been subsumed into the far higher power of one who is naturally “unable to sin”: a paradisal state in which the consonance between desire and its proper object is so perfect that goodness is hardly even an “ethical” category any longer. Within these terms, it once made perfect sense to say that God is infinitely free because, in his infinite actuality and simplicity, he cannot be alienated from his own nature, which is the Good itself, and so is “incapable” of evil. (“Christianity, Modernity, and Freedom,” pp. 312-313)

Desire is never purely indeterminate, but is always directed toward an end that is desired before it can be willed. The very first movement of the will–and any scrupulous phenomenology of action reveals this to us–is always toward some object of intention; and any distinct and finite object can appear to the intellect as desirable only because the will has already been wakened, and desire has already been evoked, by a “transcendental” object, the Good as such, the very desirability of being itself, toward which every appetite is always primordially turned. … One cannot simply choose what to desire, or choose either to desire or not to desire; and the fiction that such perfect spontaneity lies within the powers of any rational being, if truly believed, may very well leave one dangerously susceptible to any number of external manipulations or accidental “traumas” of the will. (pp. 314-315)

As obviously self-evident and probative as the free-will defense of hell may appear to us moderns, it really is not obvious at all. God, and God alone, is our transcendent Good–the wellspring, foundation, and consummation of our liberty.

This entry was posted in David B. Hart. Bookmark the permalink.

51 Responses to Hartian Illuminations: Freedom is Freedom for the Good