“The fullness of being is God’s one movement of being, knowing, and loving his own essence” 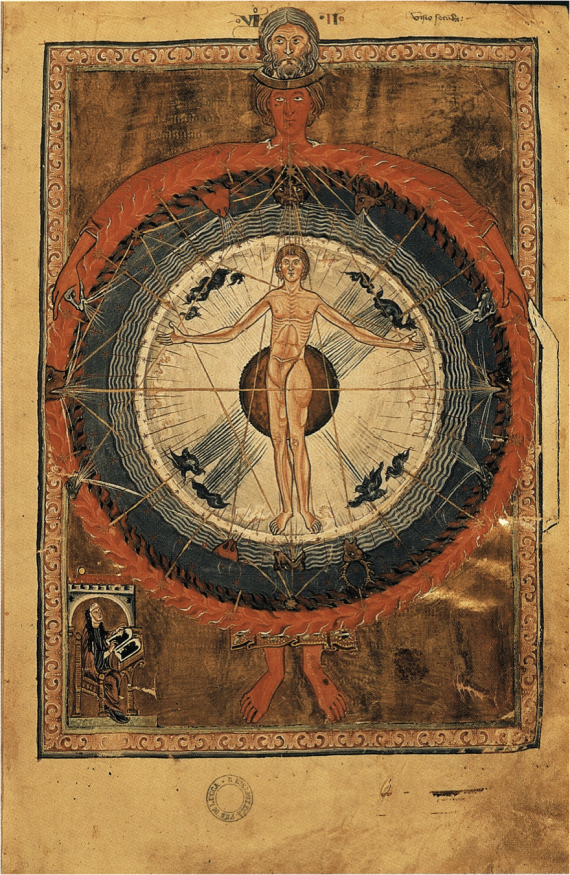 It has become common in some quarters to call the tradition of Christian metaphysics that evolved from the time of the New Testament through the patristic and medieval periods the analogia entis, and this term I shall adopt. This tradition succeeded in understanding (in ever greater depth) the liaison between the biblical doctrine of creation and the metaphysics of participation that is announced obscurely by the New Testament, and in integrating it into Trinitarian dogma, and thus made it possible for the first time in Western thought to contemplate both the utter difference of being from beings and the nature of true transcendence. … At the most fundamental level, the term analogia entis means only that being can be neither univocal between God and creatures (which would reduce God to a being among beings, subject to a higher category) nor equivocal (which would, curiously enough, have precisely the same result), and so the only coherent understanding of the relation of created being to uncreated must be analogical. In him we live and move and have our being. Every creature exists in a state of tension (as Przywara likes to put it) between essence and existence, in a condition of absolute becoming, oscillating between what it is and that it is, striving toward its essence and existence alike, receiving both from the movement of grace while possessing nothing in itself, totally and dynamically dependent, sharing in the fullness of being that God enjoys in infinite simplicity, and so infinitely other than the source of its beings. Thus the analogy of being does not analogize God and creatures under the more general category of being, but is the analogization of being in the difference between God and creatures; for this reason, it is quite incompatible with any naïve “natural theology”: if being is univocal, then a direct analogy from essences to “God” (as the supreme substance) is possible, but if the primary analogy is that of being itself, then an infinite analogical interval has been introduced between God and creatures, precisely because God is truly declared in the “essence” and “existence” of all things. Conversely, the rejection of analogy, far from preserving God’s transcendence, can actually only objectify God idolatrously as an “over-against”: such a duality inevitably makes “God” and “creation” balancing terms in a dialectical opposition, thus subordinating God to being after all.

In the analogia entis, however, the term above all terms is “God,” the full act of being, in whom all determinacy participates, but himself beyond all finite determination, negation, or dialectic: not one of two poles, not the infinite “naught” against which all things are set off (which would still be a “finite infinite”). … Being can neither be reduced to beings nor negated by them; it is peacefully expressed and peacefully withheld in its prismation in the intricate interweaving of the transcendentals. Even the transcendental moments of “this” and “not this” have their source in God’s triune simplicity, his coincidence with himself of determinacy (as Trinity) and “no-thing-ness” (as “the all”—Sirach 43:27—in whom we live, and move, and are). The analogy thus permits the very difference of creatures from God, their integrity as what they are, and their ontological “freedom” to be understood as manifestations of how the Trinitarian God is one God. The analogy allows one to see being as at once simplicity and yet always already difference, not as a result of alienation or diremption, but because the fullness of being is God’s one movement of being, knowing, and loving his own essence; to be is to be manifest; to know and love, to be known and loved—all of this is the one act, wherein no “essence” is unexpressed, and no contradiction awaits resolution. The analogy thus stands outside the twin poles of the metaphysics of the necessary: negation and identity. After all, purely dialectical and purely “identist” systems are ultimately the same; both confine God and world within an economy of the absolute, sharing a reciprocal identity. If God is thought either as total substance or as total absence, foundation or negation, “ground of Being” or static “Wholly Other,” God is available to thought merely as the world’s highest principle rather than as its transcendent source and end. …

The doctrine of creation … asserts that all things live, move, and are in God not because they add to God, or in any way determine his essence, but as gracious manifestations of his fullness. This alters metaphysical thought radically: it binds beings to being precisely by breaking the bond of necessity between them. The maior dissimilitudo of the ontological analogy means that the similitudo between God and creatures, rather than dwelling merely in a things’s flawed likeness to some higher essence, distorted in the mirror of space and time, consists rather in each thing’s pluriform and dynamic synthesis of its transcendental moments and the particular event of its existence, which synthesis is what constitutes it as a being. Each actuality, in differing from God, testifies to the fullness of God’s actuality. Indeed, the “ever greater unlikeness” of the proportion means that the “likeness” is itself ever greater the more fully anything is what it is, the more it grows into the measure of its difference, the more profoundly it drinks from the transcendent moments that compose it and allow all its modes of disclosure to speak of God’s infinite goodness. All beings, inasmuch as they are intrinsically ex nihilo, become what they are by drawing on an infinite wellspring of determinacy, particularity, and actuality. Whereas an analogy of identity finds truth in the ever less particular emptiness of a simple and absolute singularity, the analogy of being finds truth in the ever greater particularity that each being acquires as it enters ever more into the infinite that gives it being.