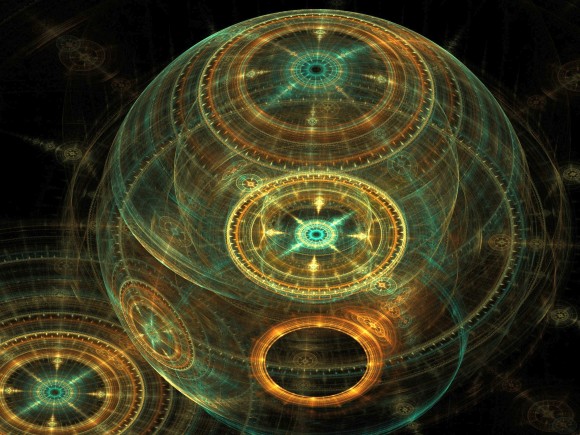 The metaxological sense of being is a vision of being that entails genuine otherness, transcendence, and difference in the midst of community. Central to this vision is the way in which divine otherness or God relates to this metaxological community. If being is an overdetermined excess made up of unrepeatable singulars that constitute genuine difference in the midst of community, does this have a bearing on how we are to talk about God?

The central metaphor for God in Desmond’s work to date is that of agapeic origin. God, for Desmond, is the original transcendence—the origin and creator of the world that is other, transcendent to the creation, to the becoming of the world (BB 447; PU 187). There is, in the metaxological conception of God, a clear (and distinctly monotheistic) alternative to the “holistic self-creation” of Hegel’s dialectical God (HG 8). The transcendence of the origin—of God as the unique, singular, “first” and “primal” giver (BB 506; EB 202, 505; HG 136; AOO 6)—entails a radical sense of origination, a “genuine” origination that is absolute and unconditional (DDO 197; AOO 6, 288). Such creation is a hyperbolic thought, a metaphysical metaphor for something that exceeds determinate intelligibility (BB 269; HG 131). God’s origination is creation ex nihilo (DDO 242; BB 262)—bringing being into being from nothing. The nothing so names the “qualitative difference” between the radical origin and the radically originated and the “hyperbolic asymmetry” between the creator and the creation such that the latter’s being is utterly dependent on the former. Thus, as created from nothing, as coming to be in an unconditional origination that is bound by nothing, the created universe is “shadowed” by the nothingness (nihilo) from which (ex) it was made (creatio)—nothingness is ontologically constitutive of finite creation (BB 269; HG 129–30).

The agapeic origin is the possibilizing source of being-at-all. The origin’s originating of finite being (creation of creation), as a radical creation out of nothing, has to do with the primal “coming to be” of finite being (HG 128–31). God here is an answer to the question of why there is something rather than nothing, the question of being-at-all, and as such is presented as the ground of “the fact itself “—the fact of given finite being at all (DDO 180–81, 188). The agapeic origin is the “possibilizing source,” “the primal and ultimate power of creative possibilizing,” the ground of possibility that makes being able to be at all (BB 231, 335, 338). It is the original power of being (BB 330, 335) that is the sustaining (and thus relatively or rather relationally immanent) ground of being and thus human origination and creativity (AOO 288). 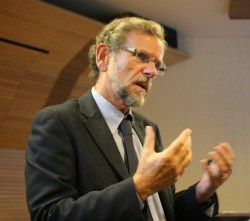 Finally, the agapeic origin is the source of the community of created being as plural, singular, and good. The agapeic origin is the originating and sustaining ground of the metaxological community of being (PO 113; BB 263). As such, it is the ground (the source and sustainer) of the genuine, nonreductive plurality of creation (DDO 180; BB 264, 338; AOO 293)—a true community of plurality made up of unique (idiotic) singularities in commu­nicative relation to one another (BB 330; PU 48). This created plural yet singular community of being bears a certain doubleness—at once independent of and depen­dent upon God as agapeic origin. It is independent of the agapeic origin in that the origin originates the other as truly other and thus as given to itself, freely released into being for itself (PU 187, 218; EB 202; AOO 6). In giving being to the other, God gives the gift of free otherness to the other. Finite being is ontologically dependent upon the origin in that there is yet an asymmetrical relationship between them as finite being has been radically originated from nothing by the origin—its being as finite, as having come-to-be, points back to its origination and to its origin (HG 164). Finally, finite beings are given to be themselves as good in themselves—as bearing inherent value from but not for the sake of the origin (so as to make the value of finite being extrinsic, instrumental for divine self-fulfillment) (BB 186, 511–12; PU 196; EB 44; BR 229; HG 140).

The agapeic origin, as Desmond’s preeminent metaphysical metaphor (BB 208, 231, 330; PU 137, 207, 230; HG 3) or “hyperbole” for God, designates the particular character of God’s/the origin’s creation/origination as agapeic. As intimated above, agapeic origination is creation not from lack but from surplus or plenitude. Here, the agapeic origin is to be understood in contradistinction to the erotic origin, which, because of some lacking in itself (some indeterminacy or lack of wholeness or completion), seeks to produce/fulfill/complete itself in the production of creation—a creation always provisionally other. The agapeic origin does not need to produce itself in its origination—it is “always already itself.” The agapeic origin is instead a plenitude that freely originates out of a fullness and not a lack or internal necessity (BHD 79–80; BB 166; PU 188, 207, 231; HG 135)—a “creative excess” out of which genuine creation happens (BB 256, 261).

In giving otherness, the “agapeic One” gives rise to more than one, to a genuine plurality (HG 138). Desmond describes this in terms of an affirmative doubling or redoubling that is not the self-division of the One but a “real Secondness” (BHD 80-81, 116, 120; PU 220). Thus, agapeic creation is the source of difference and plurality (DDO 242; PU 238; EB 502; HG 70)—the excessive generosity that gives rise to plurality (BHD 81). The plurality of the created world is composed of singulars—finite beings that are not only other to God but other to each other. The agapeic origin is thus the ground of singularity and genuine (“idiotic”) self-hood as well. As creator of this plurality of singulars, the agapeic origin is the giver of “the between,” “the middle” as the “space of open being” (BB 262). God is the original (originating) ground of metaxological community of being (DDO 242; PO 8, 113; BB 263; PU 137, 234, 238).

In all of this, the “agapeic” character of the agapeic origin’s creation/origination is best described in terms of the “gift.” God’s creation, the giving of being to be as other and for itself, is a gift (PU 133, 144, 196, 216–17; EB 505)—a true gift of love. It is a giving that gives the given as a gift. Agapeic creation is a gratuitous origination, a “non-possessive dispensation” (DDO 191), an act of pure generosity exceeding itself for the sake of the other—not merely giving something to the other but giving the other to be as such, giving the other itself (BB 418, 501; EB 207). There is a disproportion and asymmetry in the directionality of giving—God’s creative gift is something that could not ever be returned; it would ever exceed any attempt. It is difficult for us to think this excessive gift, to think agape—it is foreign, other, transcendent to our (all too erotic) conceptual economies (BB 410, 542; PU 195).

Creation as agapeic gift implies a certain freedom in created being. Beings and human beings in particular are given, are “released” into (BB 257, 264) an ontological freedom, a freedom to be for themselves as other (BHD 182; BB 79; EB 138)—a freedom “given from,” a being given free(ly) from, the agapeic origin. In creating, the agapeic absolute “absolves” itself from its creation—makes it other and free. In so doing, the agapeic origin allows creation the freedom to absolve itself from the origin such that there is a permitting, a “letting be” of evil—a patience to evil (BB 263)—that can be horrifying to us (PU 249). 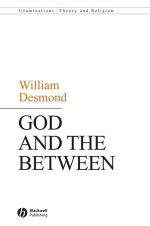 Yet there is a conceptual consistency between the existence of the agapeic origin and the existence of evil, for a creation without the possibility of evil is not the result of agapeic creation, not truly other to the creator, not released, free.

[Much of this two-part introduction was drawn from my Religion, Metaphysics, and the Postmodern originally published with Indiana University Press in 2009 and reprinted with Wipf & Stock in 2016. It is reprinted here with the permission of the publisher. There are A LOT of parenthetical references to Desmond’s works: The intent is that the reader can find therein many points of entry to dive into Desmond’s own writings.]

Christopher Ben Simpson is Professor of Philosophical Theology at Lincoln Christian University in Lincoln, Illinois. He is the author of several books, including Modern Christian Theology, Religion, Metaphysics, and the Postmodern, and The Truth is the Way, and the editor of William Desmond and Contemporary Theology and The William Desmond Reader.

This entry was posted in Philosophical Theology and tagged agapeic origin, being, God, metaphysics, metaxological, William Desmond. Bookmark the permalink.