The “Infinite Content of the Dogmatic Formulae”: Stăniloae and (Rethinking) the Limits of Dogma 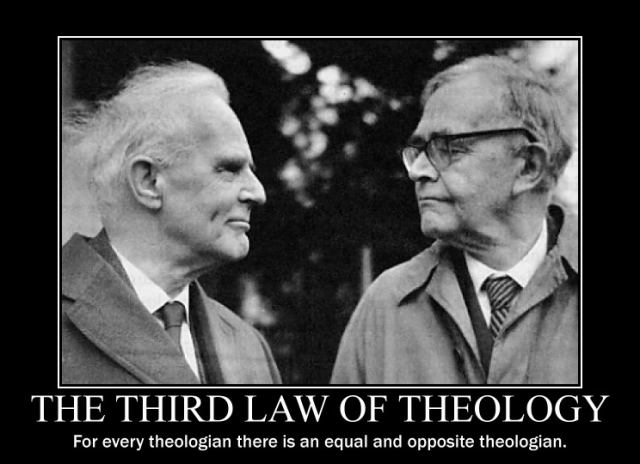 Dogma, as defined by the Cambridge Dictionary, is “a fixed belief or set of beliefs that people are expected to accept without any doubts.” Such a definition is echoed within both popular and academic understandings of religious dogma, often associating the term with “absolute and irreformable” beliefs (Thomas and Wondra, Introduction to Theology, 59), leading some scholars to posit a difference between dogmatic religion and an authentic faith. In this understanding, dogma is a clinging to a bygone era of unquestioned maxims that one blindly assumes in faith, leaving little to no room for theological questions. The theologian, in the end, is a mere parrot of tired axioms that quench the thirst for knowledge.

In Volume I of his 1978 Orthodox Dogmatic Theology, Fr Dumitru Stăniloae (1903-1993), a Romanian Orthodox theologian whose contributions to Orthodoxy are often overlooked, asserts that such a stark contrast between dogma and theological exploration is a false binary, a misunderstanding of the term “dogma.” Dogmas are neither a straight jacket nor an open field. A straight jacket approach to dogma means that the theologian has no free capability to reflect and incorporate one’s experience into theology, whereas an open field approach “would transform the fathomless depths … into a meaningless slough where anything was possible, but nothing was truly new and profound” (Orthodox Dogmatic Theology, 81). Instead, Stăniloae states that dogmas are “general formulae; they do not enter into details, yet this precisely how they assure the breadth of the infinite content they contain” (ibid.). Stăniloae thus offers an understanding of dogma as generalities, functioning as the contours of theological thinking within the given religious tradition. By doing so, Stăniloae inverts popular understanding of dogma by re-spacializing theological construction: instead of dogmatic statements becoming equivalent to the central content of theological reflection, they are instead the parameters in and by which one explores the depths of theology.

It is within this space constituted by dogmatic contours that Stăniloae stresses interpretive possibilities instead of theological limits. Highlighting the paradoxical formulations of dogmas, the finite theologian approaches the Infinite whom supersedes all rational conceptualizations:

The dogmatic formulae are paradoxical because they comprise essentially contradictory aspects of a living and inexhaustibly rich reality. In themselves, therefore, dogmas express all: the infinite and the finite united – without loss of their own being in all their dimensions. Theology has an object of unending reflection in the all-comprehensive and infinite content of the dogmatic formulae, for these delimit and strictly secure this infinite reality in the confused richness of its own dimensions of inexhaustible depth and complexity. (ODT, 82; emphasis mine)

Here, Stăniloae is at pains to stress the dialectical character of dogma, although not in the Hegelian sense that leads to a rational or historical synthesis. Dogma is not a veil to be pierced, but a space wherein one may explore the language of faith and its relational depths. There is fundamentally an interplay at work here; namely, the need to stress both the infinite content and the contours in which this infinite content is explored. 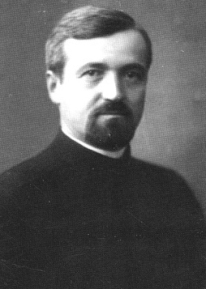 To bring this level of abstract thinking into theological application, Stăniloae offers a brief reflection on the relationship between the divine and human nature to illustrate his point. Working from Chalcedonian dogma, Stăniloae states that the union of the Divine with the human nature in a single person, without mixture or confusion of either nature, “places a precise and rigorous boundary between itself and any other affirmation (and hence definition), and simultaneously unites two great mysteries, namely the fundamental mysteries of existence” (ODT, 80). This dogmatic definition of the hypostatic union affirms “both divine infinitude and human participation in this infinitude” (Ibid.). Yet this Chalcedonian formula – without confusion, without change, without division, without separation – does not exhaust the content of Christ’s identity as both human and divine Person, nor does it elaborate on the depths regarding the communion between humanity and divinity in regard to salvation, in the form of Christian deification. This relationship between humanity and Divinity, which is represented in the person of Christ, is fundamentally paradoxical and thus mysterious. This Chalcodian dogmatic formulation is where one begins to reflect upon the mystery of Christ and our salvation, not the place where one simply ends. Stăniloae continues:

The divine nature and the human nature – especially as these have been united in a climactic but unconfused manner in the divine person of Christ – comprise and offer to reflexion [sic] an infinite content. We can never exhaust the explanation of the divine and human natures in their richness of life and, simultaneously, in their unalterable character, just as there can be no end to depicting the depths and complexity of their union in one person, who is himself an inexhaustible mystery, always new and yet unchangeable. (ODT, 82)

The endless journey of theological articulation, in the face of the Infinite, is not a fool’s errand. For Stăniloae, “theology which – within the framework of the precise formulae of the dogmas – makes explicit their infinite content is a broadened expression of those dogmas” (Ibid.). Any theology that stays within its parental dogmatic contours are thus organically dependent on these dogmas (ODT, 83). For Stăniloae, any theological articulations that do not remain within these contours will never be dogmatically recognized.

Yet, this does not mean that any and all theological explanations which recognize their relative dogmatic dependence are invested with the authority of the Church. Stăniloae insists on the fundamental authority of dogmatic contours, as the Church “concentrates – in a strictly dogmatic formula – the deeper explicitation of an older formula only when this deep explicitation is confronted by non-organic interpretations of the older formulae or when these kinds of interpretations are beginning to produce confusion and schisms within the Church” (Ibid.). In other words, theological articulations must always be tested against their dogmatic contours to test whether or not these articulations actually exceed the dogmatic limits in some manner. Yet even when orthodox theological explanations are deemed organic interpretations of dogma and then received into the preaching of the Church, there is still a fundamental distinction that must be maintained between “dogmas” and “the teaching of the Church” (Ibid.). For Stăniloae, dogmas always remain precedent, with Church teaching always organically dependent on dogmas: “Nevertheless, until the teaching has been officially defined by the ecumenical synods and appropriated by the consensus of local synods, it remains as ecclesiastical teaching in this broad sense” (Ibid.). This formal distinction between dogmas and ecclesiastical teaching and its hermeneutical complexities will be address later.

Several years before the publication of Orthodox Dogmatic Theology, Stăniloae maintained a similar notion, stating that

… Orthodox theology does not make earlier formulations obsolete when it comes forward to new ones, but remains in continuity with them, the former being in fact a new explanation of the latter, a new step forward in the perception of the divine mystery which had also been correctly perceived by the previous formulae. For Orthodox theology this same mystery remains transparent in every new theological expression, even though each new expression is a step forward in making the mystery manifest and in rendering the inexhaustible richness of its meanings visible. Each expression makes explicit something of the manifold logoi contained in the mystery, while at the same time it implies the presence of the mystery. Thus Orthodox theology still remains faithful to the dogmatic formulations of the first centuries of the Church, while nevertheless making continuous progress in their interpretation and in the revelation of that ineffable mystery which they only suggest. (Theology and the Church, 214-215)

Such a depiction of Orthodox theological reflection as a continuous progress towards mystery is reminiscent of St Gregory of Nyssa’s own depiction of the Christian journey towards the Divine Infinity, albeit transposed to the key of dogmatic reflection. It is progress, yet the goal of progress is not religious epistemological objectivity; the goal is the deepening of the one’s relation to the Mystery, who is God. Stăniloae insists that this progressive deepening occurs within the contours of dogmatic reflection. In short, “the terms of every dogmatic formulation indicate – as thought they were signposts – the entrance where we are admitted to the depths of the abyss, but we do not think that they assign limits to these depths” (Ibid., 215). It is within this relatively limitless space that Orthodox theology rejects the identification of finite articulation with a comprehension of God, offering an endless journey into the Mystery.

Although running the dual risk of anachronistically collapsing Stăniloae’s own views upon this earlier thinker and offering a reductionist portrait of his understanding of dogma, Fr Sergei Bulgakov (1871-1944) offers modern theologians some insights along the same vein, albeit in a much more critical manner. Although bit more blunt in his phraseology, Bulgakov anticipates, in some manner, Stăniloae’s own insights regarding the interpretive space opened by dogmatic statements, especially in regard to Chalcedon:

… having all the force of a divinely inspired dogmatic definition, the Chalcedonian formula is, in its content, by no means a theological achievement. On the contrary, theologically ahead of its time (and to a certain degree even ahead of our time), this formula remains unclarified and unrealized in theological thought. It was more of a schema than a doctrine. (Bulgakov, The Lamb of God, 57)

The antinomy that is contained in the dogma is outwardly marked by four purely negative definitions at its core (asugchetōs, atreptōs, adiairetōs, achōristōs [inconfusedly, unchangeably, indivisibly, inseparably]), without any attempt at positive definition. This antinomy represents the sharp point from which thought slips off when it attempts to interpret dogma. (Ibid., 61)

Bulgakov anticipates Stăniloae when the former understands Chalcedon as “given to human thought as a limit problem of the theological and philosophical understanding” of the divine-human relationship (Ibid., 62). Bulgakov rejects the view that the theological reflections by the early Alexandrian or Antiochian theologians exhausted the content of this dogma in their interpretive projects, pointing to their historical limitations and repeated formulations as circling around these dogmatic contours rather than as a fundamental exploration of its content (Ibid., 62-63). These unclarified and unrealized theological statements demand further reflection, creating a space not simply for recreational rumination, but a call to explore the unresolved problems such formulations posit.

It is immediately apparent that such an understanding of dogma as general formulae runs counter to the more popular and even some scholarly interpretations of dogma as static statements that hinder further thought and exploration. In fact, one may be tempted to contrast this approach to dogma with the Neo-Patristic project of Fr Georges Florovsky (1893-1979), especially since Florovsky has been criticized for stating that expressing “tradition doctrine in terms of categories of a new philosophy, whatever this philosophy may be” is a “ridiculous” notion. Pawel Rojek, in an article entitled “Post-Secular Metaphysics: Georges Florovsky’s Project of Theological Philosophy,” argues that, despite Florovsky’s own explicit antagonism towards modern philosophical articulations of faith, Florovsky implicitly makes grounds that allow for, in Rojek’s words, “new words and new interpretations” of theological formulas (Beyond Modernity: Russian Religious Philosophy and Post-Secularism, 127). It would seem that the tenets of Dionysian apophatic theology, which Vladimir Lossky famously asserted is the fundamental theological mode of Eastern Orthodoxy, would further underline the point that dogmatic formulations can never be exhausted. After all, dogmatic statements are not an attempt to mine out all the truths of an abstract concept, but to delineate the contours of the Church’s faith coming into an encounter before the Infinite God.

Alvin Rapien recently received his Masters in Theology from the Brite Divinity School. You can find him thinking deep thoughts—thoughts so deep that even he marvels at their unfathomability—at his blog The Poor in Spirit.

1 Response to The “Infinite Content of the Dogmatic Formulae”: Stăniloae and (Rethinking) the Limits of Dogma