May an infallible dogma lose its infallibility?

Surely the question posed in the title is absurd. How can a dogmatic statement deemed essential to the integrity of the Christian faith—that both guarantees and is guaranteed by the religion—ever be apprehended by Christians as dispensable, perhaps even meaningless? That’s like saying that there might come a time in English grammar when singular subjects will no longer need singular predicates. Yet George Lindbeck invites us to consider precisely this possibility. “Not everything which is at one time necessary to the adequate functioning of a religion and its language,” he comments, “is always necessary” (“The Infallibility Debate,” in The Infallibility Debate, p. 122).

To make sense of this claim, we first need to distinguish between primary and secondary dogmas. The former consist of those affirmations which are fundamental to the self-identity of a given religion. If the Church, for example, were ever to cease to proclaim Jesus Christ as Lord and Savior of the world, it would cease to be the Church it once was—a new religion will have been created. In the words of the Apostle Paul: “no one can say ‘Jesus is Lord’ except by the Holy Spirit“ (1 Cor 12:3). A first-order doctrine, in other words, is as permanent as the religion itself. Its dogmatic necessity obtains even before it is formally defined by the Church. The definition does not create the infallibility; it recognizes it. The Church did not need the Nicene Creed to know that “Jesus is risen” is an essential proposition; she has known this truth since Easter morning. Believers learn the central tenets of the catholic faith immersion in the liturgical and homiletical life of the Church:

The fundamental way in which we come to know the essential, the infallible, truths of the faith, whether these be unchangeable or unchangeable, is by learning how to use ordinary Christian language correctly and effectively in prayer, praise, admonition and preaching. This is the fundamental, primary knowledge of the faith. It constitutes that sensus fidelium of which the theologians speak. It is more like a skill than it is like explicit, reflective theological learning. To use the kind of example of which some linguistic analysts are fond, it is more like knowing how to play tennis well than it is like being able to analyze verbally the essential elements in a good tennis stroke. Or, to cite a more traditional analogy, it is more like that “knowledge by connaturality” of which St. Thomas [Aquinas] speaks, whereby the virtuous person knows intuitively what is virtuous behavior, rather than like theoretical, verbalizable knowledge of virtue … As in the case of natural languages—though, admittedly, with differences we need not go into here—the man who speaks a given religious language well knows and affirms as necessary, and even unchangeably necessary, far more things on the level of use than he will ever be able reflexively to grasp. (pp. 126-127)

We all tend to think of doctrine as the principal way people learn the Christian faith. Over the years I have given away dozens of copies of C. S. Lewis’s Mere Christianity. “Want to know what sacraments are? Here, read this book by Alexander Schmemann.” “Curious about atonement? I’ve got this wonderful article by N. T. Wright you need to look at.” More than a few Orthodox parish priests, I suspect, envy the impressive Catechism of the Catholic Faith. “If only we had a book like that! Orthodoxy would take over the world!” Learning Christianity, so we suppose, means acquiring a mastery of officially approved theological propositions. What we forget, however, is that these doctrines only make sense within the life of the Church:

We see, then, that theological statements in general and official doctrines in particular are not the main instruments for the communication of Christian truth, because that happens chiefly through the vastly richer and fuller concrete language of scriptural stories, liturgy, devotion and proclamation. This is the primary religious language, not only emotively and volitionally but also propositionally. It is an intellectualistic error to suppose that the brief and abstract formulations of official doctrine can do more than express a very small part of the truth to which the intellect assents in the act of faith. Unless they are embedded in the living matrix of Christian language in its primary uses, they are quite literally unintelligible … This does not mean that theological or doctrinal statements do not have propositional uses, do not make affirmations, but this chiefly happens when they function as part of the language of worship, preaching or action. (pp. 127-128) 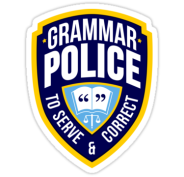 A second-order dogma represents a proposition that has arisen from reflection—always within a specific historical, cultural, and philosophical context—upon the primary data of faith. These dogmas typically arise when believers clash over the speaking of the gospel, thus forcing the Church to identify, name, and enforce the proper grammatical rule. The prime example of a secondary dogma is the homoousion, promul­gated by the Council of Nicaea. Early Christians did not need to speak of Jesus Christ as “of one substance with the Father.” They affirmed the divinity and soteriological primacy of Christ in other ways, staying close to the vocabulary and syntax of the Scriptures. But the gospel’s collision with Hellenism ultimately required the baptism of Greek philosophical categories. The Church could not remain content with the mere invocation of biblical words. The proclamation of the original gospel to the Greek and Latin world thus necessitated the creation of new theological language. God the Father and Jesus Christ, Nicaea confessed, are identical in substance. This identity was explicated by St Athanasius by an Hellenic tech­nique, as Bernard Lonergan observes: “the Son is consubstantial with the Father, if and only if what is true of the Father also is true of the Son, except that only the Father is Father” (“The Dehellenization of Dogma,” p. 345). Elaborated in Trinitarian fullness, the rule may be thusly stated: everything we predicate of the Father is predicated of the Son and Spirit, except ingenerateness; every­thing we predicate of the Son is predicated of the Father and Spirit, except begotten­ness; everything we predicate of the Spirit is predicated of the Father and Son, except procession. Rather than importing into the Church’s lexicon a precise metaphys­ical term, the conciliar use of homoousios may be described as heuristic, even apophatic. It secures a way of talking. Lonergan notes the open structure of the Nicene rule: “it does not determine what attributes are assigned to the Father and so must be assigned to the Son as well; it leaves the believer free to conceive the Father in scriptural, patristic, medieval, or modern terms” (p. 345). In its regulative role, the homoousion may be found operating whenever and wherever the gospel is authentically spoken. Go read the letters of the Apostle Paul and record the verses where you see it at work.

A similar argument may be advanced on behalf of the Chalcedonian Definition, which speaks of Jesus Christ as one hypostasis “in two natures.” In reply to Leslie Dewart’s claim that no intelligent Christian can make sense of the claim that Jesus has both a divine and a human nature, Lonergan states:

One does not need a philosophical education in order to practice the Chalcedonian rule. One just needs to speak in a certain way: attribute to the one subject Jesus of Nazareth both divine and human properties. The performing is the believing. And while you are checking out the letters of Paul for instances of the Nicene rule, also stay on the lookout for examples of the two-natures rule, too.

Other examples of secondary dogmas include the tw0-nature Christological rule of Chalcedon, the Byzantine distinction between the divine essence and energies, immortality of the soul, transubstantiation. The list is neither exhaustive nor ecumenical. Roman Catholics would add a slew more, including the two papal pronouncements on the Virgin Mary. Churches of the Reformation would certainly want to add the sola fide. Between Orthodox, Catholics, and Protestants only the Nicene and Chalcedonian dogmas enjoy ecumenical consent.

If secondary doctrines are generated by reflection upon first-order convictions in a specific moment of history, the question of permanency inevitably arises. If the conditions that necessitated the promulgation of a specific dogma were to disappear, might that not mean that the dogma has lost its of infallibility?  Stay tuned for Lindbeck’s answer.

7 Responses to May an infallible dogma lose its infallibility?