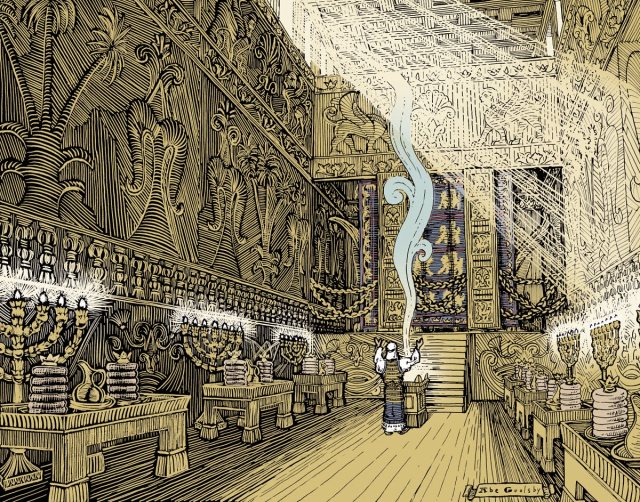 One of the difficulties I’m having with Ezekiel 8-10 is simply imagining the scene. The struc­tural and topographical details of temple and environs would have been well known to the prophet and his contemporaries, but they are not well known to me. I probably learned something about the temple of Solomon back in seminary, but it’s all been wiped from my data bank. Here’s a floor plan:

And a couple of renderings:

I have also found helpful these video-reconstructions, based on the dimensions provided in 1 Kings 6-7. Given scarcity of archaeological evidence, I know that the artist has taken liberties, but we have to start somewhere.

I confess I was initially started by the rendering of the cherubim inside the Holy of Holies. They look too much like Egyptian sphinxes, I thought to myself. But then I learned that the Phoenicians, whom Solomon contracted to design and build his temple, also portrayed the cherubim as hybrid creatures—so it’s a reasonable guess.

And they pulled chariots, too.

So who knows? Personally, I’m holding out for cherubim like these two Ezekelian guys: 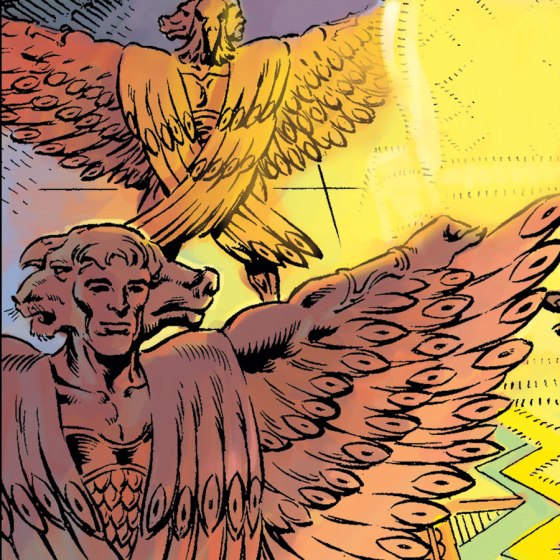 I admit that the Book of Ezekiel is tempting me to pick up Margaret Barker’s Temple Theology. I will resist, but am tempted. I should mention that in her essay “Where Shall Wisdom Be Found,” Barker asserts that the cherubim in the prophet’s vision were feminine. “Interesting if true,” as one of my seminary profs liked to say.

(Go to “And the Glory Departs”)