Thinking Trinity: The Secret of the Homoousion

We believe in one God the Father all powerful, maker of all things both seen and unseen. And in one Lord Jesus Christ, the Son of God, the only-begotten begotten from the Father, that is from the substance of the Father, God from God, light from light, true God from true God, begotten not made, consubstantial with the Father, through whom all things came to be, both those in heaven and those in earth. 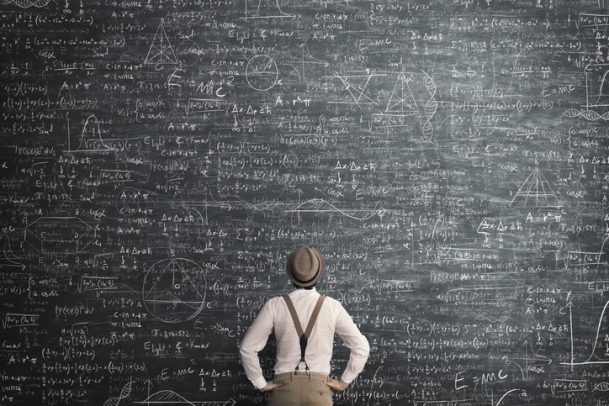 One often runs into the complaint that the homoousion of Nicaea is a bit of philosophy imposed upon the biblical revelation. I would argue the exact opposite. The recognition of the oneness of being and agency of the Father and the Son is a divinely inspired insight into the identity of Jesus Christ and his eternal relationship with God. Imagine if you will a group of mathematicians struggling over a specific problem, the blackboard filled with numbers and symbols, yet no one is able to figure out that one unknown variable needed to make the equation work. And then suddenly, in a moment of revelation, one of them “sees” what is needed, rushes to the blackboard, crosses out incorrect numbers and symbols, moves components around, and then adds something new, the missing element —and voilà, it all makes sense. The equation is complete. The clouds lift; the mist of confusion vanishes. There is only the truth, commanding joyous assent. This, I think, is something like what happened in the fourth century with the conciliar con­fession of the homoousion. The Fathers of Nicaea may not have understood the decisive significance of this little word for their understanding of Christ; yet with the subsequent reflection of St Athanasius, St Hilary of Poitiers, St Basil of Caesarea, St Gregory of Nazian­zus, and St Gregory of Nyssa, the Church eventually realized that a cognitive breakthrough had occurred. Athanasius would look back upon the A.D. 325 council and exclaim, “The Word of the Lord which came through the Ecumenical Synod at Nicaea, abides for ever” (Ep. Afr. 2).

The homoousion represents the secret of our Lord’s personhood, a secret intimated and implied in the New Testament yet perhaps not so unambiguously asserted as to eliminate the possibility of misunderstanding. In the theological reflections of the first four centuries, we see theologians wrestling with the mystery of Christ and proposing various construals of his relationship with God. Some proposals may have initially appeared plausible yet were eventually deemed inadequate to the apostolic revelation. The secret kept eluding the conceptual apprehension of the Church. I do not mean to suggest that in these early cen­turies Christians did not know Jesus as fully divine. We know many truths that we cannot adequately express in words. In the words of Michael Polanyi: “We can know more than we can tell” (The Tacit Dimension, p. 4). Long before the clarity bestowed by the homoousion, Christians worshipped Jesus as the Son of the Father and offered to him the adoration and prayer reserved for the one God (see David Yeago, “The New Testament and the Nicene Dogma“). Long before the Nicene Creed, the Apostle Thomas confessed his faith to Jesus: “My Lord and my God!” (John 20:28). This is a knowing of Christ that only the Holy Spirit can give. As St Paul taught, “No one can say, ‘Jesus is Lord,’ except by the Holy Spirit” (1 Cor 12:3). 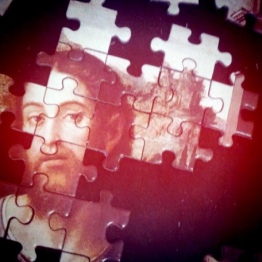 T. F. Torrance likens the early develop­ments in trinitarian doctrine to putting together the pieces of a jigsaw puzzle. Initially the pieces are spread upon a table, and we cannot see how they fit. We try numerous combinations. We find a couple of pieces that fit just fine, but the rest remain dis­jointed. We may even try to force pieces together but that doesn’t work (unless, of course, we cheat and resort to the tried-and-true scissors method). But after hours and hours of work, more and more pieces come together and eventually we begin to see the pattern; and once the last piece is put in place, we know the picture. From that point on we can never pretend that we have not grasped how all the pieces are properly joined nor what image they form.

In the Nicene formulation of the homoousion something absolutely funda­mental took place in the mind of the early Church. It was a decisive step in deeper understanding of the Gospel, taken in the continuity of the apostolic tradition, upon which the Church, in obedience to God’s saving revelation in Jesus Christ, could not go back. It was an irreversible event in the history of Christian theology. The significance of what happened may be indicated by reference to what we do with a jig-saw puzzle. We assemble the scattered pieces together, fitting them appropriately to each other until the pattern they conjointly make comes to view. If we then break it all up and throw the pieces back into disorder, we may have little difficulty in fitting them all together again, but it will be impossible for us to do that without recalling the picture we reached the first time. Something irreversible would have taken place in our mind and memory, which could not but influence all subsequent attempts to recover the coherent pattern made by the different pieces.

An ineraseable event of that kind happened in the mind and memory of the Church at the Council of Nicaea in 325 A.D. It was a turning-point of far-reaching significance, with conceptual irreversibility. When the conception of the oneness in being between the incarnate Son and the Father was formed and given explicit expression in the clause όμοούσιοϛ τω Πάτρι, a giant step forward was taken in grasping the inner ontological coherence of the Gospel as it had been mediated through the apostolic Scriptures. Once that insight had been reached, the Church could not go back upon it, because the evangel­ical substance of the faith, with its distinctively Christian doctrine of God, had been secured in its mind and understanding in a permanent way. (The Trinitarian Faith, pp. 144-145)

In this way the Nicene homoousion entered into the consciousness of the Church and became dogma. It provides the clue to the right interpretation of the Holy Scriptures, apart from which they cannot be understood, apart from which the preaching and life of the Church makes no sense. The gospel of Jesus Christ, we now see clearly, rests upon the confession of the identity of being and agency between the Father and the Son. Again Torrance:

What the homoousion did was to give expression to the ontological substruc­ture upon which the meaning of various biblical texts rested and through which they were integrated. As such it proved to be one of those movements of thought from a preconceptual to a conceptual act of understanding which the committed mind takes under the compelling demands of the reality into which it inquires, in this instance, the truth as it is in Jesus Christ. Far from being a rigid and alien imposition upon the Gospel, the homoousion has proved, through its bearing upon the ontic nexus in the relation of Christ to God the Father, to be so fertile as an interpretive instrument serving the Gospel in its continuing disclosure of ever deeper truth, that it was honoured in the Early Church as an “inspired” insight granted to the Nicene Fathers. Thus even the term expressing this insight justified itself in Ecumenical Council after Ecumenical Council because of its generative and heuristic power, for it was so well rooted in the source of the Church’s faith that it was pregnant with intimations of still profounder aspects of divine reality in Jesus Christ pressing for realization in the mind of the Church. (The Incarnation, pp. xii-xiii)

But not only does the homoousion function as the fundamental grammatical rule for homi­letical and theological discourse, but it also functions as hermeneutical rule for our exegesis of the Scriptures. Without apology, we read the Old and New Testaments within our know­ledge of the consubstantiality of Christ Jesus with his Father. The homoousion is the key that opens the Bible and brings all the disparate and confusing elements into a unified whole. As Christians have insisted since Pascha, every page, every verse, witnesses to the crucified and risen Son. After Nicaea this deep reading of the Bible becomes even more intensified and powerful: the story of Jesus is nothing less than the story of the one God: Father, Son, and Holy Spirit. This is the secret of the homoousion.

8 Responses to Thinking Trinity: The Secret of the Homoousion