“He took us to himself as his virgin bride, our nature once prostituted to idols being restored by sacramental rebirth to virginal incorruptibility” 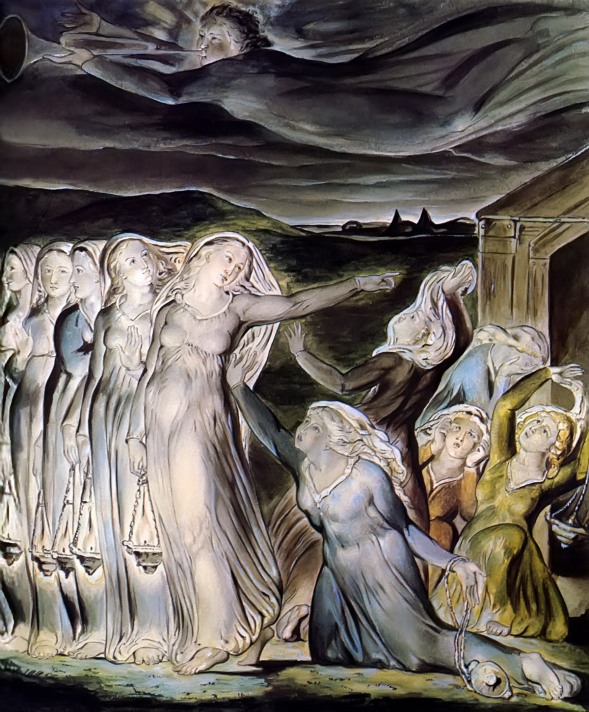 When the Lord says: “Let your loins be girded and your lamps lit,” he is warning us to stay awake; for a light shining in one’s eyes drives away sleep, and a tightly-fastened belt also makes sleep difficult, as the discomfort prevents relaxation. But the real meaning of the parable is perfectly clear: a person girded with temperance lives in the light of a clear conscience before God. And so, with the light of truth shining, the soul stays awake and is not deceived. It does not dally with illusive dreams.

If following the guidance of the Word we attain this goal, our lives will in a way be like those of the angels, for we are compared with them in the divine command: “You must be like people waiting for their master to return from a wedding, ready to open the door immedi­ately when he comes and knocks.” It was the angels who were awaiting the Master’s return from the wedding. They sat with unsleeping eyes at the heavenly gates, so that when he returned the King of glory might pass through them once more into the heavenly bliss from which, as the psalm says, he had come forth like a bridegroom from his tent.

He took us to himself as his virgin bride, our nature once prostituted to idols being restored by sacramental rebirth to virginal incorruptibility. After the marriage, when the Church had been wedded to the Word—as John says, “He who has the bride is the bridegroom”—and admitted to the bridal chamber of the sacred mysteries, the angels awaited the King of glory’s return to the blessedness which is his by nature.

And so the Lord said our lives should be like theirs. Just as they, living lives far removed from sin and error, are ready to receive the Lord at his coming, so we also should keep watch at the entrance of our houses, and prepare ourselves to obey him when he comes to our door and knocks.”Blessed,” he says, “are those servants whom the master finds so doing when he comes.”