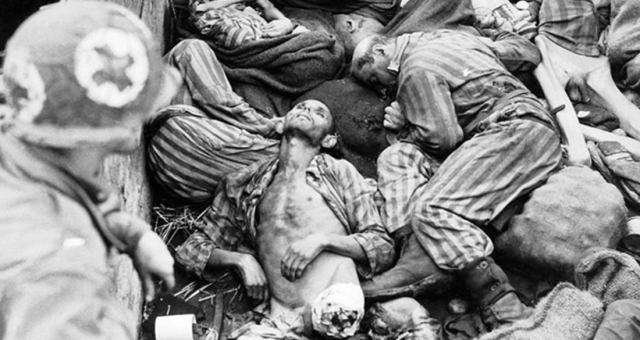 Finally, I must say a word about the problem of evil in its widest sense as it presents itself to many people today. However glorious the final condition may be, they will say, nothing can make up for the horrors of Buchenwald or Belsen, to mention only two of the cases that come most readily to our minds. I cannot attempt in the time that remains to do more than point in the direction along which I suggest any attempts to find an answer should be directed … One thing at least we must not do, and that is to try to make out that evil is not really as bad as it appears to be or that it is really only good in disguise; to do this is the perennial temptation of philosophers who discuss the problem, and one is sometime led to wonder how much real evil they have encountered.

The one point I wish to make is this, that it is not the mere existence of evil that makes it difficult to believe in God; otherwise, people would find it difficult to believe in God because of the discomfort involved in rowing in the Boat Race, and this does not seem to be the case. What does worry us is the occurrence of evil on a scale so great or intense that we cannot imagine any thing that would ultimately compensate for it. The varsity stroke or even the patient in the dentist’s waiting room has little difficulty in envisaging a situation in which his present suffering will be seen to have been not worth while bothering about. We feel very much difficulty in envisaging a situation in which we should honestly be able to feel like that about Belsen, or babies dying of cancer, or a dozen other horrors that spring to the mind. Even God, we feel, couldn’t make those not matter.

Now, without in the least minimising these evils, I suggest that this very natural reaction is due not only to a vivid and praiseworthy sensitivity to the human situation but also to the intrinsic limitations of our human imaginations. I can imagine what will make the sufferings of the Cambridge stroke ultimately not matter, namely getting to Mortlake Brewery before the Oxford boat. I can imagine what will make my toothache ultimately not matter, namely my power to forget minor agonies and not let my outlook on life become warped by them. But I cannot imagine how even God could produce a situation in which I could say “I now see that even Belsen doesn’t really matter”.

However, let us approach the problem from the other end. Suppose—just suppose—that God’s resources are so much beyond all that I can imagine that he can ultimately produce a situation in which I could honestly say “I now see that even Belsen doesn’t matter, and that this is why he didn’t do what I should have done if I had had the power, namely strike the Nazis all dead in order to prevent it.” If this is true—I stress the “if”—then God’s resources must be inexpressibly ampler than anything I am able to conceive.

I shall leave you to develop this line of thought for yourselves, only remarking that there is some support for it in Christ’s own teaching. “A woman when she is in travail hath sorrow, because her hour is come; but as soon as she is delivered of the child she remembereth no more the anguish, for joy that a man is born into the world” [John 16:21]. May I add St Paul’s words “The whole creation groaneth and travaileth in pain together until now, … waiting for the adoption, to wit the redemption of our body” [Rom 8:25]. …

God is so rich that his resources are unlimited, and we can set no bounds to either his prodigality or his power.

Quote | This entry was posted in Citations. Bookmark the permalink.