“Abraham used to pursue even passers-by and drag them into his home, whereas the rich man disregarded someone lying in his own doorway” 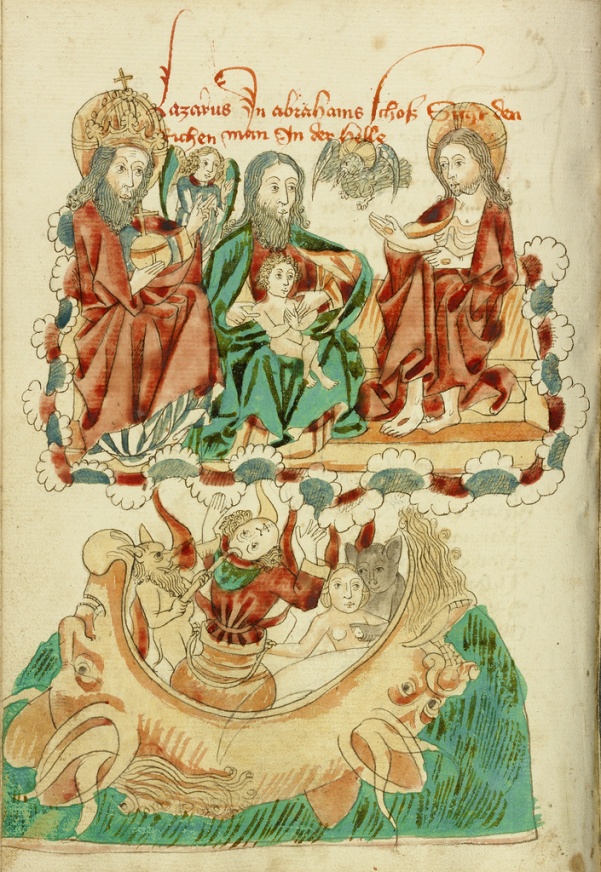 It is worthwhile inquiring why the rich man saw Lazarus in the patriarch Abraham’s arms, and not in the company of some other righteous person. The reason is that Abraham was hospitable, and so the sight of Lazarus with Abraham was meant to reproach the rich man for his own inhospitality.

Abraham used to pursue even passers-by and drag them into his home, whereas the rich man disregarded someone lying in his own doorway. Although he had within his grasp so great a treasure, such an opportunity to win salvation, he ignored the poor man day after day. He could have helped him but he failed to do so. The patriarch was not like that but just the opposite. He would sit in his doorway and catch all who passed by. And just as a fisher­man casting a net into the sea hauls up fish, yes, but also quite often gold and pearls, so Abraham whilst catching people in his net finished by catching angels, though strangely enough without knowing it.

Even Paul marvels at this and gives the advice: “Remember to welcome strangers into your homes, for some by so doing have entertained angels without knowing it.” And he did well to say “without knowing it,” for if Abraham had welcomed his guests with such kindness because he knew who they were he would have done nothing remarkable. He is praise­worthy only because, without knowing who the passers-by were and taking them to be simply human wayfarers, he yet invited them in with so much good will.

And this is true of you also. If you show much eagerness in welcoming some famous and distinguished person you do nothing remarkable; often the high rank of a guest compels even a reluctant host to show every sign of courtesy. But we do something truly great and admirable when we give a most courteous welcome to all, even the outcasts of society or people of humble condition. Hence Christ himself praised those who so acted, declaring: “Whatever you did for one of these very poor people you did to me.” He also said: “It is not your Father’s will that one of these little ones should perish.” Indeed, throughout the gospel Christ speaks a great deal about the little people and those of the humblest condi­tion. And so Abraham also, knowing this, did not ask who travelers were or where they came from, as we do today, but simply welcomed them all.

Anyone wishing to show kindness should not inquire into other people’s lives, but has only to alleviate their poverty and supply their needs, as Christ commanded when he said: “Imitate your Father in heaven, who makes his sun rise on good and bad alike, and sends rain on the just and the unjust.”

2 Responses to “Abraham used to pursue even passers-by and drag them into his home, whereas the rich man disregarded someone lying in his own doorway”