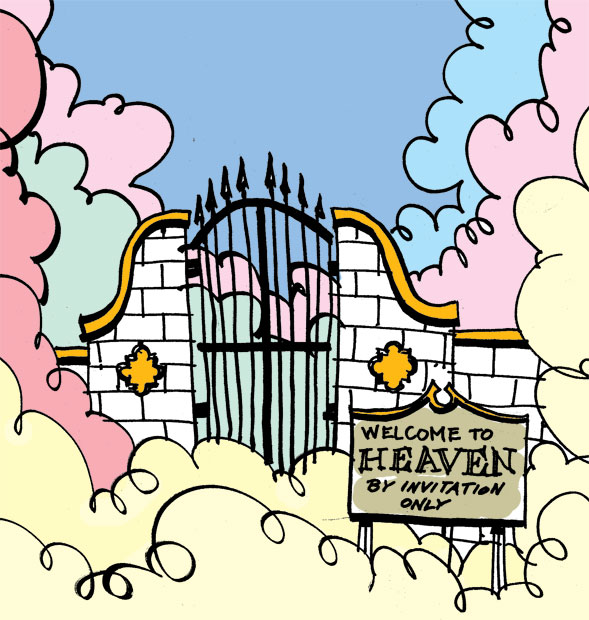 When was the last time you heard a sermon preached on election and predestination? In thirty-plus years of priestly ministry I think I may have preached on it once. Christian pastors simply do not preach on it; and it doesn’t matter whether they are Protestant, Catholic, or Orthodox; Thomist, Molinist, or Maximian; Calvinist or Arminian. Given the many New Testament texts that speak to predestination and given the importance of this subject in theological reflection, the refusal of pastors to proclaim predestination to their congregations cries out for explanation.

Reformed theologian James Daane explores the unpreachability of predestination in his book The Freedom of God: A Study of Election and Pulpit (1973). “Sermons on election are so rare,” he writes,

that even a regular churchgoer may never hear one…. And the rare occasion when a minister does venture to preach on election is more likely to be an apologetic lecture defending a particular form of the doctrine than a sermon proposing election as something in which the hearer should place his faith and ground his trust. (p. 14)

This last sentence is important. In the New Testament predestination is not a doctrine to be taught but good news to be proclaimed and believed. When the Apostle Paul declared that “those God foreknew he also predestined to be conformed to the likeness of his Son … And those he predestined, he also called; those he called, he also justified; those he justi­fied, he also glorified” (Rom 8:29-30), he was not engaging in philosophical speculation. He was proclaiming gospel to the believers in Rome and offering a powerful word of hope and encouragement. God has predestined you to glory! Therefore, you need not fear “trouble or hardship or persecution or famine or nakedness or danger or sword” (Rom 8:35). The biblical language of predestination is first- and second-person discourse. It is a way of speaking the gospel to those who have died with Christ in Baptism and been raised to new life in the Church. But this way of speaking the good news of Jesus has been effectively nullified by the transposition from proclamation to scholastic theory. The doctrine of election has been divorced from the gospel and alienated from the history of salvation in Israel, Incarnation, and Church. 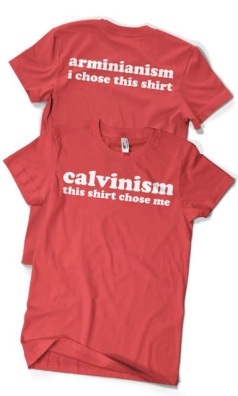 It is not surprising, suggests Daane, that predestina­tion has disappeared in Arminian pulpits. Arminian­ism is concerned to maintain the integrity of the human person as a free being. As a good Reformed theologian, Daane is unsympathetic with this concern. The freedom to choose or reject God, he maintains, “in fact characterizes the nature of man who has not yet become a Christian. It is as a natural, non-Christian man that man possesses and exercises the freedom to choose or reject God” (p. 16). For Arminians predesti­nation can only mean man’s election of God, not God’s election of man. Hence it is unsurprising that they do not proclaim predestina­tion: “The Arminian doctrine of election as a possibil­ity of human freedom cannot be preached, for to do so would be to preach man, not Christ, and the Arminians have no desire to preach anything more or less than Christ and him crucified” (pp. 16-17).

I am not concerned here with intra-Protestant debate, given that free-will synergism characterizes both (many) Roman Catholics and virtually all Orthodox. Daane’s point obtains. For the synergist position, the predestined are those whom God has foreseen as persevering in faith. Daane suggests that the Arminian construal of election is unpreach­able because it is too humanistic; but this misses, I think, the crucial point. Arminian predestina­tion is unpreachable because it is not good news about anything. It is only a doctrine. It does not invite faith, only assent. It does not build up the body of Christ; it does not edify; it does not embolden or encourage. It simply gives an answer to a perplexing theological question. Why waste limited preaching time on predesti­nation, therefore? Good preachers have more important words to speak to their congregations. The synergist pastor cannot stand before his congregation and announce to them that they are eternally predestined for salvation, because he does not know who in his congregation will persevere in their faith and be saved and thus “become” the elect.

But Reformed preachers are in no better position, says Danne. There is a gap between what is declared in the Reformed confessions and what is preached in the Reformed pulpit. Why? Because in Reformed reflection predestination goes hand in hand with reprobation:

In classical Reformed theology, election does not stand alone. Although Scripture speaks of predestination to life and never, explicitly, of predestination to damnation, election in Reformed thought implies its opposite, reprobation. Election was regarded as selection, a divine choice by which some men were predestined to eternal life, and all other men were regarded as reprobates predestined to eternal damnation. With election, reprobation emerges. This dual aspect was frequently called “double predestination.”

The combination of election and reprobation created considerable intellectual difficulties for theologians, as the long history of Christian thought reveals. But for those called to preach the gospel, it created an even greater practical problem. How could one preach election?

The difficulty here stems not from election, but from reprobation. If all men were elect, the preaching of election would create no problems. One could preach election as he preaches all other Christian truth: by proclaiming it and calling people to believe it. But since some men are reprobates, the elect are not known. And if they cannot be identified from the vantage point of the preacher of the gospel, how can election be preached, even to the elect? (p. 19)

The Reformed preacher, like the Thomist, stands before a congregation composed of elect and reprobate. At this point it doesn’t matter if the preacher is a supra­lapsar­ian or infralapsarian, double predesti­nar­ian or single predestinarian. As Catholic theologian Joseph Pohle states: “The absolute predestination of the blessed is at the same time the absolute will of God ‘not to elect’ a priori the rest of mankind (Suarez), or which comes to the same, ‘to exclude them from heaven’ (Gonet), in other words, not to save them.” God has chosen some for eternal glory and others (either directly or indirectly) for perdition; but as the pastor does not know who the elect and reprobate are, he has no choice but to refrain from proclaiming predestination.

But why not then preach both election and reprobation to the congregation? Because reprobation can never be a proper theme of Christian preaching:

The content of Christian preaching is something in which men are summoned to believe and trust to the saving of their souls. Reprobation does not satisfy that criterion. Reprobation is ultimate judgment—and no man can hope, trust, and have faith in that. The Bible indeed speaks of judgment, and the pulpit must proclaim judgment, but the Bible does not teach and the pulpit cannot preach an irreversible ultimate judgment as an object of faith. (Daane, p. 20)

The Reformed instinct is right—predestination is a form and expression of the gospel. But when predestination is interpreted in terms of God’s absolute decree, dividing humanity into the eternally blessed and the eternally damned, the preaching of the gospel itself becomes problematic. Daane writes: “If Arminianism … was unable to include election within its preaching of the gospel, Reformed theology … was at some points in its history theoretically unable, because of its view of election, to preach the gospel at all” (p. 19). In the 17th century, for example, Scottish theologians argued that preachers may not offer salvation indiscrimi­nately. Pastors solved this problem by restricting the offer of salvation to the membership of the visible church. But the “solution” cannot work, for visible membership does not guaran­tee God’s electing favor. More importantly, it leaves unaddressed the question of preaching the gospel to the nonbaptized. In the 18th century, Dutch theologians argued that the prior identification of the elect is a condition for gospel-preaching: only those whose election has been established apart from the gospel are entitled to hear the gospel; salvation cannot be offered to those whom God has predestined to hell. Here we see divine reprobation driving theological reflection, terminating in a bizarre, anti-gospel conclusion. The Reformed Church actually found itself wondering whether the gospel could be preached at all. The theological and spiritual absurdity is only matched by the Jansenist claim that the baptized should pray to be delivered from sufficient grace: A gratis sufficienti libera nos, Domine. “Surely a unique moment in the history of heresy,” remarks Edward Oakes: “to pray to be delivered from grace!” But we should not be surprised. Predestination appears to generate strange thinking. No wonder pastors finally stopped preaching it.

18 Responses to The Unpreachability of Predestination