A Most Peculiar Story: Meditations on ‘That All Shall Be Saved’ 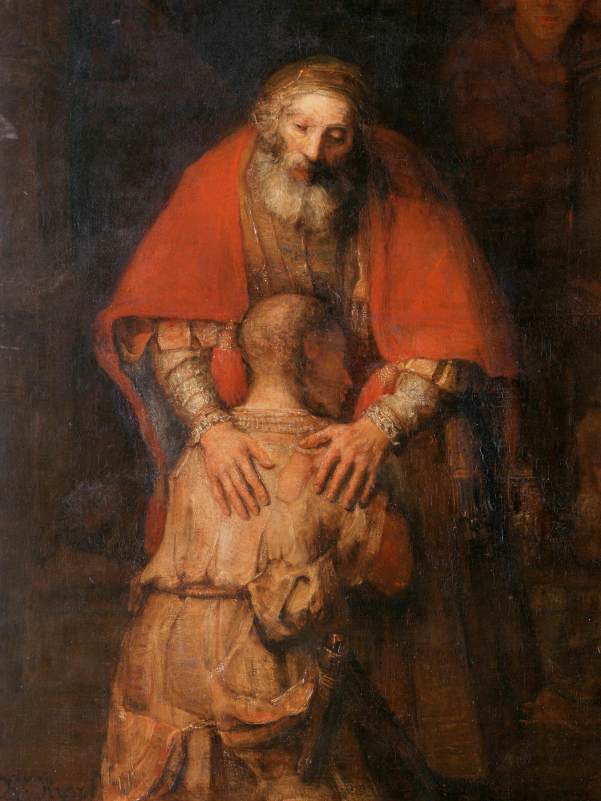 Poor, foolish, ridiculous men: they imagine they have already understood everything! And they are afraid lest there still be something in the universe that they do not even suspect! They are always afraid, they are always trembling. They should follow the example of non-rational beings. Look at the moth that throws itself fearlessly into the flame without asking anyone whatsoever, without asking itself, what will happen to it and what awaits it. You also, sooner or later, will have to throw yourselves into the flame where all your eternal truths will be consumed in a trice like the wings of the moth.

Let us bracket for the time of this essay all those who find eschatological questions reac­tionary, ignorant, yawn inducing metaphysics. As Georges Bernanos drolly noted, everyone is bound for an adventure. Each person, regardless of station, temperament, or proclivities will find themselves thrust upon an unknown road, a vagabond wandering hopeful or dis­mayed, pockets bereft of maps and short of change for death shall make hobos of us all. Those who find these concerns soporific shall discover anon if it matters or not – though admittedly they expect to discover precisely nothing. Others hold just the opposite view. Many are apt to make proclamations, whether apocalyptic and dire, these always find an audience, or indulging populist caricatures: syrupy, maudlin kitsch fitted to ethical or religious moralism, perhaps trivialized into comic figures discomfited by St. Peter at the gates of heaven, puttering about playing harps upon clouds or dismally contemplating an elevator going down. Such banality may produce a moment of impish humor. Whimsy is a minor, though amiable deity. To properly smile at wit of this kind requires a deeper courtesy that in a strange manner both playful and serious grants that reality transcends our quotid­ian sleepiness. Otherwise, one becomes inured to creation’s openness to revelation. Then the vulgar imaginary of the eschatological displays a coarseness of sensibility, a form of worldly accommodation that borders upon unbelief, for it has refused perplexity and rendered images of the ultimate that keep one from the necessary breakdown of shallow certitudes that would allow renewed wonder and penetration of vision. Ironically, a subterranean identity may be discerned between the bellicose preacher of grotesque infernal tortures and the smirking indifference of a bloke casually flipping through the pages of The New Yorker.

The central claims in David Bentley Hart’s That All Shall be Saved, whilst encompassing important aspects of metaphysics and theology, fundamentally are matters of imagination and story. Hart’s persuasive capacity is directed towards a resetting of the spiritual compass whereby the fullness of victory revealed in the gospel of Christ becomes a hearkening to Triune music, the cosmic dance of theosis at once ecstatic, communal, harmonious, and joyful. The failures of the mainstream of Christian tradition turn out to be failures of nerve, a sclerosis of wonder, mistaken forays into the eschatological too bound by mundane univoci­ties, maladroit attempts to convey divine justice, insufficient essays upon theandric energies. In short, the pious are generally formed by bad stories that accumulate around dead idols like barnacles fastened upon a foundering ship. The damage done to the initial kerygma is considerable. One might protest, as defenders of the traditional view of eternal hell do, that God would not permit widespread distortion that threatens to render the gospel opaque to millions of souls. One might equally wonder how the God can permit holocausts, rape, and childhood cancers. If one stipulates that the Church has special, providential care and the guidance of the indwelling Spirit, I offer no disagreement – except to add that the Spirit is a fount of surprise likely to bless the seventh son whilst the elders are looking elsewhere. Who says the forgotten may not rise up in joy with the shock of revelation?

There are two main sections to Hart’s text. The first section has two parts. The first part of the first section frames the question. What is the question? Perhaps the question of hell; yes, perhaps that is the question, though maybe not. But first, an existential observation: no one rightly doubts the existence of hell. That is not what is in question. As Hart delin­eates the perspective of the earliest Church fathers, it was commonly agreed – “corrupted and enchained by mortality … ill, impaired, lost, dying; we were in hell already” (p. 26). I surmise for a dim set of rationalists this may appear a mere metaphor for human misery, though I take it to be a strict metaphysical truth. I, for one, have never doubted hell. Rather, I sympathize, for instance, with the sardonic, pickled, sour-doomed Dorothy Parker who once quipped, “What fresh hell is this?” Life is no doubt wondrous, filled with exquisite beauty, desire drenched, touching in its moments of innocence a cosmic child­hood that comes to all of nature, even if it is for humankind to recognize it and name its ambiguous, haunting, pristine promise, the sweetness of new life, the care, when it comes, of maternal nurture, the bounding play of the newborn as it first awkwardly braces for reality upon wobbly legs, though the warp of death is already poisoning the primal breath; contagion and evil, stark, subtle, devious, cruel, variations on darkness – who does not know this? So, the question is something else, even if partisans of a particular ideology confuse the matter and accuse those they disagree with of denying what is manifestly true.

Step back from the question concerning hell and attend upon framing. Framing is selective. It is intentionality of will, sometimes the phenomenological focus upon reality within a specific range. It is not abstract. Or better, framing itself is somewhat abstract, but it results in the concrete. Framing determines by exclusion as much as by what is positively chosen. Framing itself can be a prism, an epoch, a mode of perception that both sees and blinds, seeking the determinate within the light of its own intellectual eros, whilst necessarily abandoning what drops out, for finite intellect must always seek the whole in the fragment. In this respect, Hart wants to expand horizons so that the Christian eschato­logical imagina­tion is juxtaposed against the spiritual insights and imagery of the ultimate to be discovered outside Christian inquiry. And here, prescinding from complicating matters such as whether the compassion of the East properly cherishes the unique or if it does not ultimately sacrifice this rose, that sparrow, the little girl haplessly chasing baby chicks on Pendennis Lane to a metaphysical oneness that absorbs the once and never as a raindrop lost in the vastness of the ocean, Hart simply observes that the highest spiritual ambitions beyond Christendom evince a radically universal scope. “It would have been very hard for me to accept the thought that the ‘infinite love’ and ‘omnipotent benevolence’ of the Christian God would ultimately prove immeasurably less generous or effectual than the ‘great compassion’ and ‘expedient means’ of the numberless, indefatigably merciful bodhisattvas populating the Mahayana religious imagination” (p. 15). This last is a reminisce of Hart’s early, adolescent awareness of comparative imaginaries, the sort of thing a certain kind of orthodox would naturally expect him to outgrow as a bit of jejune cosmopolitan indulgence. Whether this chastening is warranted or not, the reality we normally attend to, like that announced in Blake’s Songs of Experience, is disappointing. One could always argue that the revelation of the gospel, though apparently more parsimonious, is at least true. Then one can blithely dismiss the pagan imagination as what — demonic lies, infantile dreams, errors and whatnot? Still, one should avoid parochial smugness. If Christian revelation is the secret of divine intimacy, the mystery of Fatherhood, the adventure of Sonship, the resourceful delight of the creative Spirit ever discovering the infinite Event of divine Plenitude, it is surely not less than what can be imagined by those with a more remote purchase on the narrative articulating the gift of life.

The second part of the first section casts doubt upon the majority consensus on eternal hell. Apart from making assertions about the significant presence of universalist interpre­tations of the gospel in the earliest centuries of ecclesial community, Hart anticipates his last meditation with a brief excursus on the synergy of the intellectual perception of the Good and the liberation of the will from debilitating illusion. “The irresistibility of God for any soul that has truly been set free is no more a constraint placed upon liberty than is the irresistible attraction of a flowing spring of fresh water in a desert place to a man who is dying of thirst” (p. 41). Soon after, one is treated to a sketch of various Western thinkers from Augustine to Calvin who propounded a more or less sanguinary God of inscrutable election. A parabolic reference to a tale in Suetonius about the emperor Domitian is illustrative. Domitian invites one of his stewards to a sumptuous dinner in his private apartments. The next day, the emperor has the same steward crucified, “as grand a demonstration of absolute sovereignty as one could imagine” (p. 50). Hart draws out the logic of an elective voluntarism, its arbitrary, covertly desperate need for a theater in which to display its own nihilist expression of naked power; “the God of Calvinism at its worst … is simply Domitian made omnipotent” (p. 51). The question of eternal hell is then more fundamentally a question about what God is like. Note the inference that modernist conceptions of freedom are likely to be discovered connected in some way to idolatrous views of God. And then Hart makes an important declaration that I quote at length:

Natural justice – in fact, proportional justice as such – is not the primary business of fathers. It is their responsibility to continue to love their children in all conditions, to seek their children’s well-being and (if need be) reformation, and to use whatever natural powers they possess to save their children from ruin. (What a happy circumstance, then, if a father happens to possess infinite power.) Paternal love has nothing to do with proportion; its proper “measure” is total, ceaseless abandon. (p. 54)

With the invocation of divine Fatherhood, we are invited to recall the warmth of paternal patience and solicitude narrated in Christ’s parable of the Prodigal Son and perhaps to contrast such selfless, agapeic concern with the theology uncomfortably close to the diabolic sovereignty conveyed by Suetonius. And thus, we are prepared to enter into the four specific meditations that are headed by the title, Apokatastasis.

(Go to “The Eternal Teleology of Creation”)

Dr Moore has a Ph.D. in literature from the University of Dallas. He has been a contributor to Eclectic Orthodoxy since before the beginning of time. There is, it must be said, no truth to the rumor that he comes from a family of Druids or that he will drink only plum wine, though it is possibly true that he prefers cats to humans, allowing for exceptions. He is the author of the recently published tale of Noah and the ark, Beneath the Silent Heavens.

7 Responses to A Most Peculiar Story: Meditations on ‘That All Shall Be Saved’