Idols and the Return to Mount Carmel 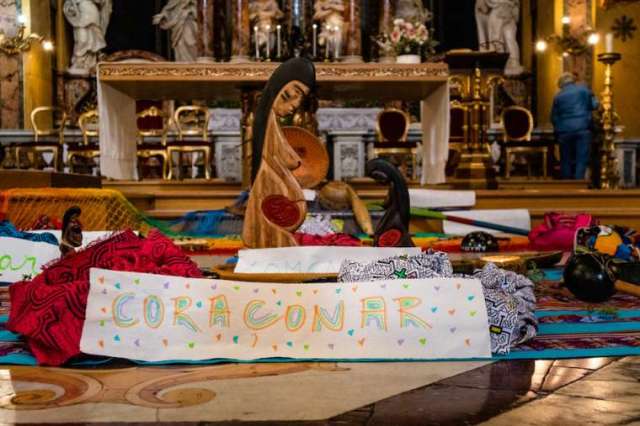 We recall the LORD’s vehement opposition to all forms of idolatry, expressed in the first two commandments of the Decalogue:

You shall have no other gods before me.

You shall not make for yourself a graven image, or any likeness of anything that is in heaven above, or that is in the earth beneath, or that is in the water under the earth; you shall not bow down to them or serve them; for I the LORD your God am a jealous God, visiting the iniquity of the fathers upon the children to the third and the fourth generation of those who hate me, but showing steadfast love to thousands of those who love me and keep my commandments. (Ex 20:3–6)

The world is populated by principalities, powers, necessities, and goods that promise our flourishing and control of history. If Karl Barth is right, here is the heart of religion—the invocation of these powers to secure our happiness and prosperity against the multiple threats that confront us. Natural religion is inevitably polytheistic, for the powers are many and our needs are great. As the early history of Israel demonstrates, the temptation to combine the worship of YHWH with the worship of Ba’al, Asherah, Moloch, Pacha­mama, whomever, whatever is almost irresistible. Robert W. Jenson comments: “Human­ity’s ability ‘to believe six incompatible things before breakfast’ becomes almost a defining characteristic when it comes to religion. Never mind if, for example, the Lord and Moloch are declared opposites, we will, if given the chance, worship both at once—and whatever else seems powerful in the neighborhood” (Ezekiel, p. 117). Moses had only been a few weeks on Mt Sinai before the Hebrews below were remaking the idols of Egypt, thus incurring the terrible wrath of the LORD and his Levites. And when the twelve tribes are about to enter the pro­mised land, Moses once again reminds them of the jealousy of their God: “Take heed to yourselves, lest you forget the covenant of the Lord your God, which he made with you, and make a graven image in the form of anything which the LORD your God has forbidden you. For the LORD your God is a devouring fire, a jealous God” (Deut 4:23–24). God has called Israel—and the Church—into being precisely to be a people who will faithfully witness to the truth and reality of the jealous God, the one and only God. And lest we think that the concern about idolatry belongs to the ancient past, we need only recall the recent display before the altar of the Church of Santa Maria in Traspontina, Rome, of three indigenous statues of a pregnant woman. Defenders of the statues have argued that they are only symbols of fertility, yet Catholic traditionalists believe that the statues are idols of pagan nature religion (see “Our Lady of the Amazon”). The line between symbol and idol can be fine indeed, especially when the image is placed before the altar of Christ. Suddenly we are back with the Glorious Holy Prophet Elijah at Mount Carmel (also see “Abominations and Idols“). The LORD is a jealous God. 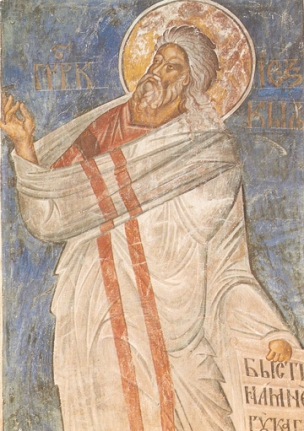 Elders of Israel come to the prophet Ezekiel seeking a word from the LORD. The LORD reveals to Ezekiel that they are compro­mised by their idolatry: “Son of man, these men have taken their idols into their hearts, and set the stumbling block of their iniquity before their faces” (14:3). He then declares that any Israelite who, without repenting of their idolatry, seeks a word of the LORD from a prophet comes under divine judg­ment (“I will set my face against that man, I will make him a sign [oth] and a byword and cut him off from the midst of my peo­ple; and you shall know that I am the LORD” [14:8]). Their fate at the hands of the Baby­lonians will testify to all of Israel the reality and power of the jealous God who demands total and exclusive loyalty—this monothe­istic truth Israel will finally learn and indeed did learn, as evidenced by her faithfulness during the exile and centuries later their heroic defense of Jewish tradition against the Seleucid Empire, the Maccabean Revolt. Humanity can be rescued from idolatry only by radical judgment, followed by a new beginning. “Those elders,” comments Jenson, “are about to experience the judgment, in service of others’ new beginning” (p. 117).

But what if the elders approach a false prophet and he gives them a word—no doubt a word of encouragement and false hope—in the LORD’s name? Then the prophet will himself be judged:

And they shall bear their punishment—the punishment of the prophet and the punishment of the inquirer shall be alike—that the house of Israel may go no more astray from me, nor defile themselves any more with all their trans­gressions, but that they may be my people and I may be their God, says the LORD God. (14:10–11)

But the prophecy given to Ezekiel includes the following cryptic statement: “And if the prophet be deceived and speak a word, I, the LORD, have deceived that prophet, and I will stretch out my hand against him, and will destroy him from the midst of my people Israel” (14:9). We have already reflected on the mystery of predestination in a previous article, yet more needs to be said. Thus Jenson:

One more thing must be attended to before the Lord can utter the great promise that has been the goal of all these zigs and zags. The presenting situation is between the elders and a prophet. What of the prophet? If he goes along with the elders’ request and provides a “word from the Lord” at their request, he sins as do they, and his own fall will be included in the oth [sign] their fall will make (14:10). But how can a prophet be thus deceived—whether he is a real prophet like Ezekiel or a false prophet who does not know he is false? In either case, there is only one possibility: the Lord himself has deceived him (14:9).

We encounter again the mysteriously simple relation between the Lord’s will and our wills. The antimony appears everywhere in scripture. Jesus tells his hearers that no one can come to him except those whom the Father gives him, and he does this in a speech aimed at bringing his hearers to him (John 6:65). In the case always adduced when theology takes up this matter, the Lord hardens Pharaoh’s heart against letting Israel go and then destroys him for not letting Israel go (Exod. 7:3–5; 12:1–16).

We should ask ourselves: if we find predestination offensive, what would we rather have the Lord do? Let us go the ways of our rebellion, to the destruc­tion that terminates those ways? Or turn history over to our wise rule? Or, as Ezekiel here portrays God’s rule, be himself in some utterly mysterious way responsible also in our iniquities? One may of course say that God is surely not bound by such dilemmas. But that would be true only if he withdrew from his history with us; if he soldiers on with creatures who are both finite and fallen, he too faces alternatives. One may say that God should not in the first place create a history that poses such choices. But what other sort of history would we, in our great wisdom, institute? (p. 119)

The passages quoted by Jenson, as well as others, pose a problem for the theory of noncom­petitive double agency I have defended on this blog over the years. Jenson is himself a sup­porter of this theory, yet he argues that in his transcendence God remains free to enter into history and providentally determine human action, according to his salvific plans for his people. If we insist that God is bound to always respect libertarian freedom, then we effec­tively remove God from history and deny his providential rule and his combat with evil.

(Go to “Harlotry of Jerusalem”)

3 Responses to Idols and the Return to Mount Carmel