“For faith’s only possession is God, and it refuses to own anything else besides him” 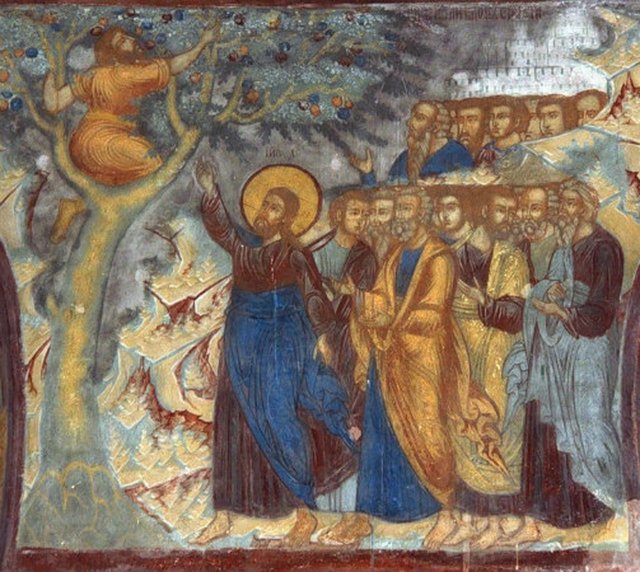 All who were called by the Lord obeyed his summons at once, provided love of earthly things did not weigh them down. For worldly ties are a weight upon the mind and understanding, and for those bound by them it is difficult to hear the sound of God’s call. But the apostles, and the righteous people and patriarchs before them, were not like this. They obeyed like people really alive, and set out lightly, because no worldly possessions held them bound as though by heavy fetters.

Nothing can bind or impede the soul that senses God: it is open and ready, so that the light of the divine voice, each time it comes, finds the soul capable of receiving it. Our Lord also called Zacchaeus from the sycamore he had climbed, and immediately Zacchaeus hastened to come down, and welcome his disciple even before he was called.

And that is a marvelous thing—our Lord had not spoken to him, and Zacchaeus had not seen the Lord with the eyes of the body, and yet he believed in him simply on the word of others.

This was because in him faith had been preserved in its natural life and health. He showed his faith by believing in our Lord as soon as he heard he was coming; and the simplicity of his faith was seen when he promised to give half his goods to the poor, and to restore fourfold what he had taken by fraud. For if Zacchaeus’ spirit had not been filled at that moment with the simplicity proper to faith, he would not have made this promise to Jesus, and he would not have given out and distributed, in a brief space of time, what his labors had amassed over many years.

Simplicity scattered on all sides what had been accumulated by cunning; purity of soul dispersed what had been obtained by guile; faith made a public renunciation of what had been found and appropriated by unrighteousness.

For faith’s only possession is God, and it refuses to own anything else besides him. Faith sets no store by possessions of any kind, apart from God, its one lasting possession.

Faith has been implanted in us so that we may find God and possess nothing but him, and so that we may recognize that everything that exists is harmful to us apart from him.