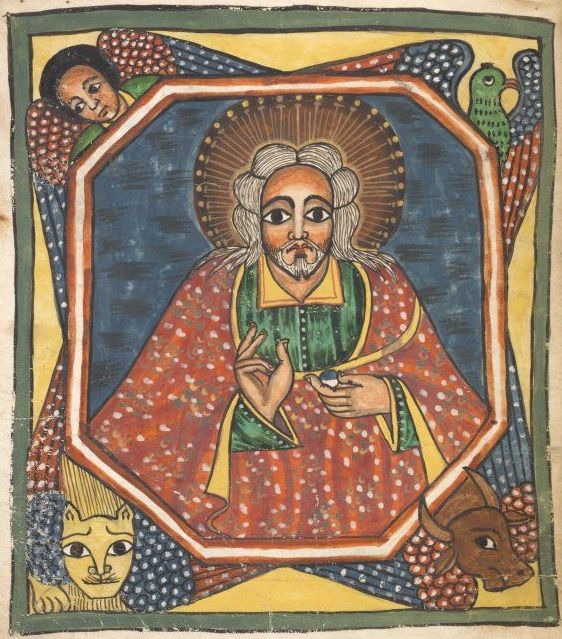 How do we learn who Jesus of Nazareth “really” was? The question assumes that there was in fact a historical person named Jesus. Jesus’ existence has been contested in the past; but I doubt there are many serious historians today (atheist Richard Carrier being an excep­tion) who would question the existence of Jesus of Nazareth. No other figure in the history of mankind has been subjected to such intense scrutiny, analysis, and critique.

One way for us to learn about Jesus is to engage in modern historical inquiry. We investigate him just as we would investigate any other person of the past. The historian gathers all the available evidence and then critically weighs each piece for credibility, reliability, probabil­ity, and so forth. He then seeks to compose a portrait that makes sense of the available data. The personal faith-commitments of the historian are irrelevant, as the criteria for verifiabil­ity are those that all historians, of whatever religious persuasion, would ostensibly agree upon. This means that naturalism inevitably functions as the underlying presupposition of the project. A theistic worldview is methodologically excluded from the get-go.

The historico-critical rendering of Jesus produces a minimalistic portrait. We are not given the real Jesus but the “historically verifiable Jesus,” determined within the terms of naturalism. John Meier, the author of the impressive multi-volume work A Marginal Jew, explains the critical methodology in this way:

Suppose that a Catholic, a Protestant, a Jew, and an agnostic—all honest historians cognizant of first-century religious movements—were locked up in the bowels of the Harvard Divinity School library, and not allowed to emerge until they had hammered out a consensus on who Jesus of Nazareth was and what he intended in his own time and place. An essential require­ment of this document would be that it be based on purely historical sources and argu­ments…. The basic requirement that the consensus document be open to verification by any and all persons using the means of modern historical research would produce a narrow focus, a fragmentary vision, perhaps even distortions. (I:1-2)

Precisely because the secular historical project requires assent to an anti-supernatural methodology, large amounts of data must be excluded from the historian’s reconstruction of Jesus. Certainly we must put to the side all references to Jesus’ miracles, including most especially his resurrection. As David Hume famously put it:

A miracle is a violation of the laws of nature; and as a firm and unalterable experience has established these laws, the proof against a miracle, from the very nature of the fact, is as entire as any argument from experience can possibly be imagined. Why is it more than probable, that all men must die; that lead cannot, of itself, remain suspended in the air; that fire consumes wood, and is extinguished by water; unless it be, that these events are found agreeable to the laws of nature, and there is required a violation of these laws, or in other words, a miracle to prevent them? Nothing is esteemed a miracle, if it ever happen in the common course of nature. It is no miracle that a man, seemingly in good health, should die on a sudden: because such a kind of death, though more unusual than any other, has yet been frequently observed to happen. But it is a miracle, that a dead man should come to life; because that has never been observed in any age or country. There must, therefore, be a uniform experience against every miraculous event, otherwise the event would not merit that appellation….

The plain consequence is (and it is a general maxim worthy of our atten­tion), ‘That no testimony is sufficient to establish a miracle, unless the testimony be of such a kind, that its falsehood would be more miraculous, than the fact, which it endeavours to establish….’ When anyone tells me, that he saw a dead man restored to life, I immediately consider with myself, whether it be more probable, that this person should either deceive or be deceived, or that the fact, which he relates, should really have happened. I weigh the one miracle against the other; and according to the superiority, which I discover, I pro­nounce my decision, and always reject the greater miracle. If the falsehood of his testimony would be more miraculous, than the event which he relates; then, and not till then, can he pretend to command my belief or opinion.

Similarly, modern critics will more likely attribute all high-christological material to the creative work of the apostolic Church—surely the Nazarene did not say “Before Abraham was, I am” or “I am the way, the truth, and the life.”

From a Christian perspective this naturalistic methodology must generate not only a reduc­tionist portrait of Jesus but also a profoundly flawed and distorted portrait. By automatically excluding from consideration both the possibility of supernatural miracles and the apostolic testimony to incarnation, atone­ment, and resurrection, the modern historian must inevita­bly present a Jesus that Christians will hardly recognize as being the Savior who generated the faith of the Church. If our presuppositions automatically preclude us from saying, for example, that Jesus could not have understood himself as the divine Son of the God of Israel, we may well be excluding from our reconstruction the single most important fact about the historical Jesus and the interpretive key to understanding his person, words, and actions.

In recent years philosopher Alvin Plantinga has challenged Christian scholars, of whatever disci­pline, not to surrender their theological convic­tions too readily: see “Advice to Christian Philoso­phers” and “On Christian Scholarship.” We need not uncritically submit to the ideological commit­ments of the Enlightenment. Plantinga is most certainly not advocating an anti-intellectual obscurantism; but he is asserting that Christian intellectuals need to be prepared to do their scholarly work precisely as Christians, and this may well require them to engage in vigorous critique of their disciplines. “Scholarship and science are not neutral,” he writes, “but are deeply involved in the struggle between Christian theism, perennial naturalism and creative anti-realism.” There are no easy answers here, nor is vigorous engagement a one-way street. The scien­ces, natural and historical, have obliged Christian theologians to clarify their understanding of biblical authority and to abandon untenable interpretations of Scripture. “Let every good and true Christian understand,” declared St Augustine of Hippo, “that wherever truth may be found, it belongs to his Master” (On Christian Doctrine II.18). But when physicists declare that their findings have rendered belief in a transcendent Creator irrational or when historians declare that Jesus’ resurrection from the dead is superstitious hokum, then it’s necessary for Christians to dissent and to challenge the presuppositions and misunder­stand­ings that lead scholars to make such claims. We cannot simply lay down before modernity and its omnivorous ideological claims.

Christian biblical scholars, therefore, will often need to both correct and go beyond the results of the secular methodology and pursue their historical investigation in a manner compatible with the core claims of the catholic faith. If we believe that a transcendent Deity does in fact exist, then we will be open to the possibility of divine miracles and incarnation. Historical inquiry must not exclude a priori that which the Church dogmat­ically confesses to be true about Jesus of Nazareth. The gospel provides its own reasons and evidences:

Traditional Christians, rightly or wrongly, think they do have sources of warranted belief in addition to reason: faith and the work of the Holy Spirit, or divine testimony in Scripture, or the testimony of the Spirit-led church. They may of course be mistaken about that; but until someone gives a decent argument for the conclusion that they are mistaken, they need not be impressed by the result of scholarship that ignores this further source of belief. If you want to learn the truth about a given area, you should not restrict yourself to only some of the sources of warranted belief (as does the Spinozist), or only to beliefs accepted by everyone else (with the Duhem­ian); maybe you know something some of the others do not. Perhaps you remem­ber that your friend was in your office expostulating about the errors of postmodernism at the very time he is supposed to have been stealing that Frisian vase; if no one else was there, then you know something the rest do not. (Alvin Plantinga, “Two (or More) Kinds of Scripture Scholarship,” pp. 271-272)

Christian biblical scholars need not be afraid of wearing their faith on their sleeves and a cross around their necks.