The Holy Freedom of Sir Gibbie and the Gnomic Will 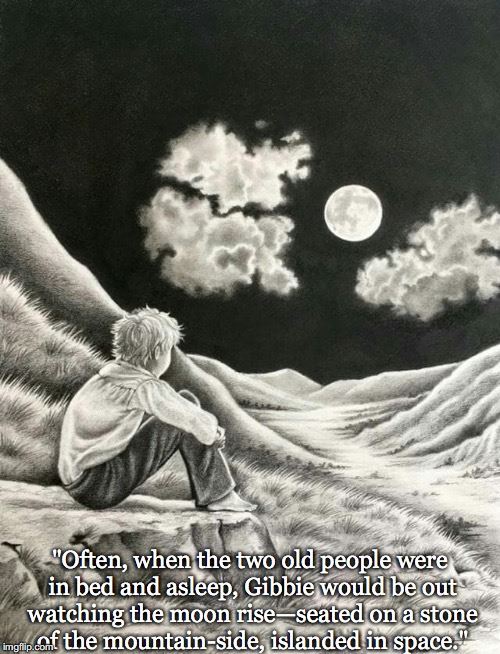 In his book That All Shall Be Saved, David Hart adduces the important distinction between the natural will and the gnomic will:

In the terms of the great Maximus the Confessor (c. 580-662), the “natural will” within us, which is the rational ground of our whole power of volition, must tend only toward God as its true end, for God is goodness as such, whereas our “gnomic” or “deliberative” will can stray from him, but only to the degree that it has been blinded to the truth of who he is and what we are, and as a result has come to seek a false end as its true end. This means also that the rational soul cannot really will the evil as truly evil in an absolute sense, even if it knows that what it wills is formally regarded as wicked by normal standards. Such a soul must at the very least, even if it has lost the will to pursue goodness as a moral end, nevertheless seek what it takes to be good for it, however mistaken it may be in this judgment. In short, sin requires some degree of ignorance, and ignorance is by definition a diverting of the mind and will to an end they would not naturally pursue. (p. 36)

Maximus the Confessor, among the subtlest and most rigorous thinkers on the doctrine of Christ in the history of either Eastern or Western Christian­ity, was quite insistent that our “gnomic” will—our faculty of deliberation—is so wholly dependent upon our “natural” will—the innate and inextin­guish­able movement of rational volition toward God—that the former has no actual existence in us except when the defect of sin is present in our intellects and intentions. As such, the gnomic will may in fact be dependent upon the natural, but the absence of a gnomic will is in no sense a defi­cien­cy of our nature. More to the point, not only is the actuality of a distinct deliberative will an unneces­sary dimension of our natures; so in fact is the very capacity for such a will. If this seems an extravagant supposition, it is no more than the conclusion that must be drawn from the entire logic of the Incarnation. (p. 188)

Readers have been puzzled by this Maximian distinction and the implication that delibera­tion between alternatives (i.e., libertarian free will) need not characterize a truly human existence. As Hart points us, Jesus himself, the perfect exemplar of humanity, did not possess a gnomic will. In every situation our Lord simultaneously apprehends and executes the will of his Father: “My food is to do the will of him who sent me, and to accomplish his work” (John 4:34).

For the past two weeks I have been reading the wonder­ful novel by George MacDonald, Sir Gibbie. (I’m a little over halfway through). It’s the story of a young waif who is incomprehensible to others. Not only is he incapable of speech, but he lives in the world differently than every­body else. His heart is filled with such joy and manifests such happy innocence that most people judge him to be a half-wit and simpleton, an idiot boy. Yet there are those who see something else in Gibbie. Some wonder if he might be a sprite or brownie (benevolent elf). But the godly perceive in him a purity of goodness that can only come from God. When the devout Janet first meets him, she wonders if he might be Jesus, come to her in the form of a child: “For one moment, with the quick flashing response of the childlike imagination of the Celt, she fancied she saw the Lord himself.” Janet and her husband, Robert, adopt the orphaned Gibbie. Robert teaches him how to herd sheep on their mountain, and Janet tells him stories from the gospels:

Janet read to Gibbie of Jesus, talked to him of Jesus, dreamed to him about Jesus; until at length … his whole soul was full of the man, of his doings, of his words, of his thoughts, of his life. Jesus Christ was in him—he was possessed by him. Almost before he knew, he was trying to fashion his life after that of his Master.

Robert marvels at Gibbie’s joyful obedience to his commands. “I just love the child like the very apple of my eye,” he tells his wife. “I can scarce conceive a wish, but there’s the creature with a grip of it!” In the words of the narrator: “Gibbie was one of those few elect natures to whom obedience is a delight.” The story abounds with examples of his joyful and sponta­neous service of others.

One passage particularly struck me:

The mountain was a grand nursery for him, and the result, both physical and spiritual, corresponded. Janet, who, better than anyone else, knew what was in the mind of the boy, revered him as much as he revered her; the first impression he made upon her had never worn off—had only changed its colour a little. More even than a knowledge of the truth, is a readiness to receive it; and Janet saw from the first that Gibbie’s ignorance at its worst was but room vacant for the truth: when it came it found bolt nor bar on door or window, but had immediate entrance. The secret of this power of reception was, that to see a truth and to do it was one and the same thing with Gibbie. To know and not do would have seemed to him an impossibility, as it is in vital idea a mon­stros­ity. This unity of vision and action was the main cause also of a certain daring simplicity in the exercise of the imagination, which so far from misleading him reacted only in obedience—which is the truth of the will—the truth, therefore, of the whole being

The bolded words immediately reminded me of St Maximus’s distinction between the natural and gnomic wills. In Gibbie exists that unity of truth, will, and action that surely characterized the life of Christ. Gibbie does not have a gnomic will. He sees the good and immediately does it. His is the natural will, a unity of vision and action, that belongs to the children of the Father.