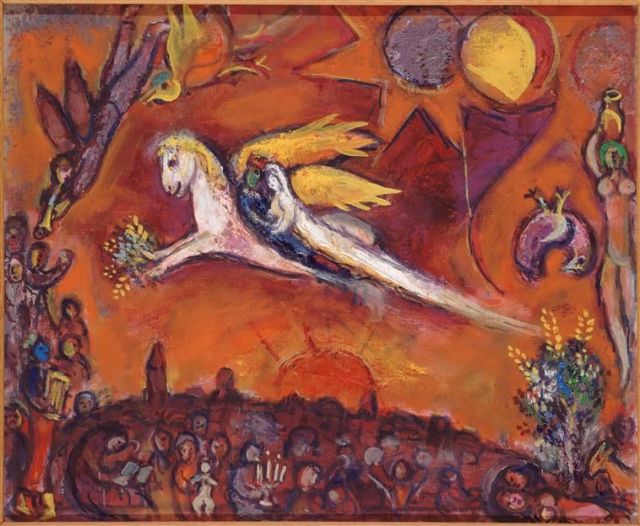 The Eastern theological tradition has long insisted the essence of God is incomprehensible, inaccessible, unknowable, and imparticipable to all rational creatures, human and angelic. The living God can only be apprehended through his divine energies. As Vladimir Lossky writes: “Wholly unknowable in His essence, God wholly reveals Himself in His energies, which yet in no way divide His nature into two parts—knowable and unknowable—but signify two different modes of the divine existence, in the essence and outside of the essence” (The Mystical Theology of the Eastern Church, p. 86). Most contemporary Orthodox theologians (John Zizioulas and David B. Hart being notable exceptions) have made the Palamite distinction constitutive for their own theological programs.

There are days when I think I understand what is being asserted by this distinction, but there are also days when I do not. If it means that as finite beings we can never plumb the infinite depths of the transcendent Creator—this I understand. Nothing controversial here. If it means that we can only know the holy Creator as he freely gives himself to be known—this too is axiomatic. How could it be otherwise? If it means, as I think it meant for the Cappado­cians, that we will never be able to provide an exhaustive definition of the divine nature—this I also understand. But Byzantine theologians have apparently wanted to say something stronger. What is this unknowable essence that seemingly lies “behind” God’s self-revelation in the consubstantial Jesus Christ through the consubstantial Spirit? This I have not yet grasped. In my defense I simply note that my stupidity transcends ecumenical boundaries: neither do I understand what Roman Catholic theologians mean when they state that the Blessed will comprehend the divine essence in the Beatific Vision. I thus find myself sympathetic to the objection raised by David Hart:

Both traditions [Eastern and Western], when they talk about the knowability or unknowability of the divine ousia or essentia, are for the most part talking pious nonsense. There is no such ‘thing’ as the divine essence; there is no such object, whether of knowledge or ignorance. It is ultimately immaterial whether we prefer to use the term ousia to indicate the transcendence and incomprehensibility of God in himself or to use the term ‘incomprehensibility of the essence’ instead. God is essentially Father, Son, and Spirit, and … there is no other reality prior to, apart from, or more original than the paternal arche, which perfectly reveals itself in an eternal and coequal Logos and communicates itself by the Spirit who searches the deep things of God and makes Christ known to us. There is no divine essence, then, into the vision of which the souls of the saved will ultimately be admitted, nor even from the knowledge of which human minds are eternally excluded, and any language that suggests otherwise—whether patristic, Thomist, or Palamite—is an empty reification. The question of the knowledge of God, properly conceived … is the question of how we know the Father in the Son through the Spirit, even as the Father infinitely exceeds our knowledge. (“The Hidden and the Manifest,” in Orthodox Readings of Augustine, p. 214)

Isn’t “infinitely exceeds our knowledge” sufficient for the occasion?

But what if we were to substitute person for essence? If I am reading him rightly, I believe that Dumitru Staniloae makes precisely this move. He still continues to employ the tradi­tional language of essence and energies; but he unpacks the divine incomprehensibility by the mystery of personhood:

As God is person, between him and us a relationship of love is established that maintains both God and ourselves as persons. We do not experience this love as an infinity that is always self-identical, but as an infinity that has a perspective of continuous newness, as an ocean of richness always new where we will advance continuously…. We can say that there are two kinds of apophaticism: the apophaticism of what is experienced but cannot be defined; and the apophaticism of that which cannot even be experienced. These two are simultaneous. What is experienced has an intelligible charac­ter also, inasmuch as it is expressed in intellectual terms—though these are both affirmative and negative. Yet, this intelligibility is always inadequate. The being which remains beyond experience, which yet we sense to be the source of everything we experience, subsists in person. Subsisting as person, being is a living source of energies or of acts which are communi­cated to us. Hence, the apophatic has, as its ultimate basis, person; and thus even this apophaticism is wholly enclosed within himself. (Orthodox Dogmatic Theology, I:103)

If God is person, then of course he is ungraspable mystery. All lovers understand this. I know my beloved, yet she surpasses my knowing. No matter how intimate the union, I am unable to grasp and capture her. She remains elusive, impenetrable. This is the personalist apophaticism of the Song of Songs:

I slept, but my heart was awake. Hark! my beloved is knocking. “Open to me, my sister, my love, my dove, my perfect one; for my head is wet with dew, my locks with the drops of the night.” I had put off my garment, how could I put it on? I had bathed my feet, how could I soil them? My beloved put his hand to the latch, and my heart was thrilled within me. I arose to open to my beloved, and my hands dripped with myrrh, my fingers with liquid myrrh, upon the handles of the bolt. I opened to my beloved, but my beloved had turned and gone. My soul failed me when he spoke. I sought him, but found him not; I called him, but he gave no answer. (5:2-6)

Even in the midst of the most intimate and ecstatic union, the person always remains other, always remains one beyond my grasp. If this is true at the level of creatures, must it not also obtain in our communion with the divine personhood? Staniloae explicitly invokes the analogy:

God cannot be captured in notions because he is life or, more precisely, the source of life. Moreover, no person can be defined either, because each person is alive and, to a certain extent, a source of live. How much less, then, the supreme Personal reality. Anyone who thinks that he knows God, which is to say that he limits God by his own notions, is—from the Christian point of view—spiritually dead. This is how Saint Gregory of Nyssa inter­prets the words in Exodus 33:20, “For man shall not see me and live.” “Scripture does not indicate that this causes the death of those who look, for how would the face of life ever be the cause of death to those who approach it? On the contrary, the Divine is by its nature life-giving. Yet the charac­teristic of the divine nature is to transcend all characteristics. Therefore, he who thinks God is something to be known does not have life, because he has turned from true God to what he considers by sense perception to have being. True Being is true life. This Being is inaccessible to knowledge. (I:108-109)

In fact, the human person itself—as subsistence of a being, which as such maintains the being as an exhaustible source of acts—does not have a name by which it can be charac­terized in itself. The names we give to person (John, Paul, etc.) are conventional. They do not tell what the person is. All other names by which we wish to characterize the person refer to its modes of manifestation. That is why the person himself uses a pronoun—some­thing that takes the place of a name—(“I”) in order to indicate himself. And in intimate relation with the other, it calls the other “Thou.” The name does not indicate the content of the person, instead it limits and governs. But the person cannot be limited and governed by knowledge in a general way and par excellence the person is apophatic. It transcends existence that can be perceived directly. It is perceived through its acts. It exists on another plane, one which transcends existence. How much more, then, is this true of supreme Person. (I:126-127)

The human person is mystery; transcendent person is absolute and infinite mystery.

In his various writings Met John Zizioulas develops an understanding of personal knowing, the knowing of love: he contrasts the knowledge of things with the knowledge of persons. Things appear to us as givens; they stand before us as objects whose characteris­tics we can specify. We identify things by their natures and thereby distinguish them from other things. But to know a person “involves identifying another being in a relationship of freedom and love. Freedom means that we are not compelled to acknowledge the identity of this being. We will recognize particular characteristics of course, but it is the person who willingly reveals his presence to us and allows us to acknowledge him in freedom” (Lectures in Christian Dogmatics, pp. 32-33).

Zizioulas speaks of an “ontology of love.” The God revealed in the gospel, he writes, “re­mains transcendent and therefore ontologically other and free, without his transcendence, freedom and otherness preventing him from reaching outside himself and establishing communion with his creation” (Communion and Otherness, p. 26). Persons can only be known in love and mutual self-giving—only thus is their unfathomable mystery main­tained. Whereas Stanilaoe speaks of an existential “knowledge of faith,” Zizioulas speaks of “ecclesial mysticism.” It is in the eucharistic Church that God is apprehended as person, for it is in the Church that we are incorporated into the life of the Holy Trinity: “Thus, to know God as he knows himself is not to enter the mechanism of divine self-consciousness, but to enter by grace into the sonship which is conveyed to us by the loving relationship between the Father, Son and the Holy Spirit, a relationship which allows each of these persons to emerge as utterly other while being utterly one” (p. 306).

Orthodox discourse about the hesychastic experience of the divine light often sounds like a kind of esoteric knowing reserved to the monastic elite, with the unstated implication that those who have not shared in this experience are barely Christian at all. God knows that I have never been given to share in the kind of mystical experience described by St Silouan and St Sophrony. But I do know many believers, both Orthodox and non-Orthodox, who know Jesus Christ as their Lord, Savior, and Friend. This personal knowing is the very heart of life in the Holy Spirit. Perhaps one might call it the mysticism of the baptized hoi poloi.