God in Science: No Need for that Hypothesis

It’s funny how one can remember something read decades earlier but cannot remember the contents of a book read only last week. Back in seminary I read a little book by Arthur A. Vogel titled The Power of His Resurrection. I recall very little of it, except one impor­tant point: the divine transcendence must be given logical priority over the divine imma­nence, as the latter depends on the former. God’s ontological difference from us makes possible his intimate presence to us and his salvific involvement with us. God does not compete with the universe. The world does not need to give way to make room for divinity. This understand­ing of transcendence—the Creator’s radical difference from everything he has made ex nihilo—became a critical principle in all of my subsequent theological reflec­tion. Incarnation, the indwelling of the Holy Spirit, sacraments, providence, predestina­tion, human freedom—all look different when seen in the light of God’s radical difference. 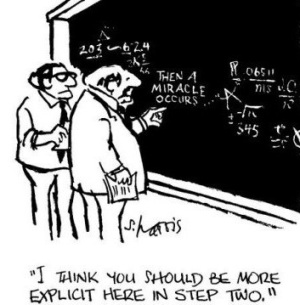 Consider the question of divine agency: how does the infinite Creator interact with his creation? Many have noted that the rise of modern science was made possible by the adoption of a mechanistic construal of na­ture. The universe became understood as a closed system of natural causes. The exclu­sion of divine causality produced remark­able experimental results, as it compelled scien­tists to look for natural explanations for natural phenomena. Upon reading Pierre-Simon Laplace’s discourse on the variations of the orbits of Saturn and Jupiter, Napo­leon asked him, “But where is God in all this?” The great astronomer famously replied, “Sire, I had no need of that hypothesis.” The Laplacean presupposition underlies all scientific experimentation, resulting in the explo­sion of scien­tific knowledge over the past few hundred years. If the divine Creator is not the answer to the gaps in our scientific knowledge, then we must continue to investigate the world in order to fill in the gaps.

Some scientists were loath to abandon God completely, either for reasons of faith or reasons of science. Even as great a scientist as Isaac Newton would occasionally posit the activity of God in order to explain discrepancies between his theories and the way things really worked. Philosopher Diogenes Allen elaborates:

Newton, whose views had great authority because of his achievements in mathematics, optics, and celestial mechanics, was troubled by the way nature was treated as virtually autonomous by the new mechanistic model. Except for the initial moment of creation and God’s initial design of nature, it appeared that the cosmos operated on its own accord. As Aleandre Koyré put it, the workaday God was replaced by the God of the Sabbath, that is, once the work of creating the world was complete, God rested because nature, once made, could run itself. Newton resisted this understanding of God’s relation to nature. On the basis of the scientific knowledge of his day, he pointed out that God was still needed to sustain nature’s order. For example, according to his calculations, there were slight irregularities in the orbits of the planets which would in time cause the solar system to collapse. Unless those irregularities were corrected by divine intervention, the solar system could not continue indefinitely. This was but one of several things which God needed to do to keep the machine in running order. (Christian Belief in a Postmodern World, p. 45)

Thus the transcendent Creator became a “God of the gaps,” with the deity being invoked to explain present scientific inability to account for regularly occurring phenomena. Scien­tists, however, eventually demonstrated that gaps in our scientific understanding of the world could, at least in theory, always be corrected by further research, experimentation, and innovative ways of interpreting the data. There is no reason to posit a supernatural being when human ignorance is the problem. Modern science is now programmatically committed to the exclusion of the supernatural in scientific investigation. There’s no need for that hypothesis.

But not only is the “God of the gaps” bad science, it is also bad theology. Allen explains:

There are profound biblical objections to such a “God of the gaps,” as this understanding of God’s relation to the universe has come to be called. By “gaps” it is meant that no member or members of the universe can be found to account for regularly occurring phenomena in nature. God is inserted in the gaps which could be occupied by members of the universe. This is theologically improper because God, as creator of the universe, is not a member of the universe. God can never properly be used in scientific accounts, which are formulated in terms of the relations between the members of the universe, because that would reduce God to the status of a creature. According to a Christian conception of God as creator of a universe that is rational through and through, there are no missing relations between the members of nature. If, in our study of nature, we run into what seems to be an instance of a connection missing between members of nature, the Christian doctrine of creation implies that we should keep looking for one. If planets inexplicably deviate from orbits which would in time cause the solar system to collapse, we are to look for some mass which is exerting force to account for the deviations. (In the case of Saturn’s orbit, a new planet, Uranus, was discovered; in that of Mercury’s orbit, it took Einstein’s entirely new theory to account for its eccentricity.) But, according to the doctrine of creation, we are never to postulate God as the immediate cause of any regular occurrence of nature. (pp. 45-46)

But if God is properly excluded from scientific inquiry, what is his role, if any, in the processes and events of the universe? Is he merely a watchmaker who got the watch working and now stands on the sidelines and watches time go by?

1 Response to God in Science: No Need for that Hypothesis