How do we proclaim the gospel of Jesus Christ as good news that liberates and trans­forms? How do we tell the narrative of the Savior in such a way that the kingdom of God is made present?  These are the questions I will address in this three-part series. Underlying the series is a simple premise: how we understand the conclusion of the gospel story will necessarily inform and shape how we tell the story. The gospel is nothing less than the promise of the eschaton.

St Isaac the Syrian is known and celebrated as above all a mystical theologian of divine love. He delights in speaking of the unconditional love of God. No doubt this is why his discourses have captured the hearts of so many Christian believers over the centuries. As Met Hilarion Alfeyev writes: “In Isaac’s understanding, God is above all immeasurable and boundless love. The conviction that God is love dominates Isaac’s thought: it is the source of his theological opinions, ascetical recommendations, and mystical insights” (The Spiritual World of Isaac the Syrian, pp. 35-36). The love of the Creator fills the heart of the great ascetic with wonder and awe, inciting him to rhapsodic praise:

What profundity of richness, what mind and exalted wisdom is God’s! What compassionate kindness and abundant goodness belongs to the Creator! … In love did He bring the world into existence; in love does He guide it during this its temporal existence; in love is He going to bring it to that wondrous transformed state, and in love will the world be swallowed up in the great mystery of Him who has performed all these things; in love will the whole course of the governance of creation be finally comprised. (Part II 38.1-2)

The world begins in love, is ordered, maintained, and sustained in love, and concludes in love. The divine love is absolute, unconditional, unmerited, gratuitous, extravagant, prodigal. It intends every human and angelic being, the righteous and the wicked. Isaac is clear. No one is “to the front or to the back of God’s love.” God has a “single equal love” for saint and sinner alike (II.38.2).

Any suggestion that God might, in response to sin, alter his attitude toward rational beings compromises the divine immutability and destroys the Love that God is as Father, Son, and Spirit. The LORD is not a creature. He does not live in time. He is not affected by the events of history, nor is he is subject to passions. “In the mind of the Creator,” Isaac explains, “there exists a single even intention with respect to all rational beings, and there exists with Him a single love and compassion which is spread out over all creation, (a love) which is without alteration, timeless and everlasting” (II.40.1). The divine love precedes God’s creation of the world and does not change in response to the actions of his creatures. It preveniently embraces the righteous and the unrighteous. “God has a single caring concern for those who have fallen, just as much as for those who have not fallen” (II.40.3). If the agapaic Deity is so promiscuous and indiscriminate in his love, what then of his justice? St Isaac famously replies, “Do not call God just, for His justice is not manifest in the things concerning you” (I.51, p. 387). How can we call God just, when we see the owner of the vineyard giving the same wages to those who worked the entire day and to those who worked only one hour? How can we call God just when we see the father lavishing gifts upon his prodigal son who had thrown away his inheritance on women and wine? “Where, then, is God’s justice?” asks Isaac—”for while we are sinners Christ died for us!” (I.51, p. 387).

This brings us to the Last Judgment and the “difficult matter of Gehenna” (II.39.1). Christians have long believed that Holy Scripture teaches us that God will reward the righteous with eternal bliss and punish the wicked with eternal torment. St Isaac, however, rejects the claim that God retributively punishes the wicked. In his eyes this is mere anthropomorphism, the reduction of the God and Father of the Lord Jesus to the condition of pagan deity. “God is not one who requites evil,” Isaac declares, “but he sets evil aright” (II.39.15). Love is incompatible with retaliation. It is only concerned with “what is most advantageous in the future: it examines what is to come, and not things that are past” (II.39.17). Isaac reads the Bible through a hermeneutic of love. He acknowledges that it sometimes appears to attribute wrath and vengeance to the Almighty Creator; but all such references need to be interpreted figuratively, in accordance with the gospel of Christ.

In Gehenna the reprobate suffer because they have been given to see that they have rejected their supreme good and sinned against their truest friend. The Father never ceases to love the damned nor to will their good and salvation—and that is their damnation:

I say that even those who are tormented in Gehenna are tormented with the torments of love. Torments for love’s sake, that is, the torment of those who perceive that they have sinned against love, is harder and more bitter than the tortures of fear. The sufferings that take hold of the heart through the sinning against love are more acute than any other torture. It is absurd to think that the sinners in Gehenna are deprived of the love of the Creator…. I say that the hard tortures are grief for love. (I.28; trans. Patrik Hagman)

Unlike, say, St John of Damascus, who denies in the damned any remaining yearning for God, Isaac sees them as still possessing a driblet of desire. Their sufferings are caused by their regret, their guilt, their “grief for love.” 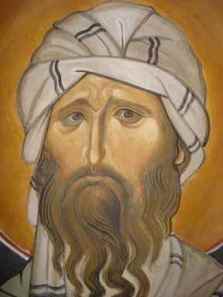 And here the matter stood for over a thousand years. The majority of St Isaac’s discourses (the First Part) were translated into Greek and Latin in the late first millennium. On the basis of these translations, the Nineven has been interpreted as affirming damnation as a noetic state of definitive and irrevocable rejection of God; in other words, he has been assimilated to the free-will model of everlasting perdition. But all this changed in 1983 when Sebastian Brock discovered in the Bodlein Library a manuscript containing over forty Syriac dis­courses whose existence had been known but thought lost (the Second Part). Three of these homilies address the theme of the Last Things. In them St Isaac passion­ately espouses apokatastasis (also see Sebastian Brock, “St Isaac the Syrian and Universal Salvation“). He most certainly believes that at the Last Judgment God will condemn the impenitent and depraved to an existence of torment; he most certainly affirms the reality and horror of Gehenna … but—and oh, what a glori­ous but—it will ultimately prove to be purgative, reparative, converting, and temporary. The damned may be “scourged by the scourge of love,” but the scourging is not forever! In a hidden mystery of grace God will find a way to save all:

I am of the opinion that He is going to manifest some wonderful outcome, a matter of immense and ineffable compassion on the part of the glorious Creator, with respect to the ordering of this difficult matter of (Gehenna’s) torment: out of it the wealth of His love and power and wisdom will become known all the more—and so will the insistant might of the waves of his goodness. (II.39.6)

God does not punish to no purpose. He chastises only to convert, purify, heal, liberate. The eternal Creator did not create hell; but foreknowing humanity’s fall into sin, he has com­pre­hended sin and Gehenna into his redemptive purposes. “The Kingdom and Gehenna,” St Isaac avers, “are matters belonging to mercy, which were conceived of in their essence by God as a result of His eternal goodness.… That we should say or think that the matter is not full of love and mingled with compassion would be an opinion full of blasphemy and insult to our Lord God” (II.39.22). Borrowing a phrase from Sergius Bulgakov, we may fittingly describe Isaac’s conception of Gehenna as “universal purgatory.” The sufferings of the damned redeem. They are the working out of Christ’s passion and death. God’s love and mercy will ultimately triumph in the hearts of even the most hardened sinners.  The end of creation is glory!

The Fathers tell us that at the hour when the saints will be attracted by the divine wave, they will be raised to that beatitude by meeting our Lord Who will attract them with His power, like a magnetic stone drawing iron particles into itself. Then all the legions of heavenly hosts and Adam’s descendants will gather together into one Church. And then the purpose of the Creator’s providence will be fulfilled which He prepared from the beginning of the world, making the creation by His benevolence. To this purpose the long course of various events of this world was prepared, serving to rational (beings) as to its master. And henceforth the exiles of the Kingdom will enjoy a life in peace in which there is no end or change. (Centuries 1.92; trans. Alexey Fokin)

The Syriac mystic does not speculate on how God will effect the repentance of the damned—this is a mystery that has not been revealed to us—but he is filled with an unconquerable and decisive hope.

Despite hell, the final destiny of humanity will be glorious.

The grace and mercy of God will ultimately overcome all resistance.

God will be all in all.

It would be blasphemous to think otherwise.

(Go to “The Grammar of Apokatastasis)