Can Reason Prove the Existence of God?

Back in 1974, after five or six years of atheism, I began to believe in the existence of God. I couldn’t have been more surprised. I thought my atheism was rock solid. So what effected the change? A philosophical argument. Yes, you heard me right—an argument. Not a burning bush experience. Not a still small voice in the silence of night. Not the exuberant witness of a born-again believer. No, just an argument. Its author was James Kiefer, a mathematician at NIH. I no longer remember the details of Jim’s argument, but its conclusion went something like this: the reliability of our cognitive faculties implies the existence of a transcendent designer. Unfortunately, Jim never published his argument in a scholarly journal, but he did share it with philosopher Richard Taylor, who included a succinct version in his book Metaphysics. At some point (late ’74 or early ’75), Jim also gave me a draft of a paper he was working on. I carried it with me for over thirty-five years. Unfortunately it, and several other boxes of books and papers, had to be thrown away after our basement flooded in Johnstown. When Jim died last year, I feared that his paper had died with him. Imagine my delight when I discovered today that my old friend Ronn Neff, with whom I have not been in contact for decades, has made his paper available on the internet: “Objectivism and Theism.” Ronn was the person who first introduced me to Kiefer’s argument and subsequently to Kiefer himself. After my graduation from Bard College, I returned to the D.C. area and began Inquirers’ Classes at the parish where Jim and Ron were worshipping, St Paul’s Church, K Street. And that, as they say, was that.

By the time I finished seminary, the Kieferian argument from design had ceased to be important for my faith—not because I had become convinced that it was invalid but because I had come to understand that the life of discipleship inescapably involves exis­tential risk and commitment. The philosophical argument had served its purpose, but it was time to move decisively forward. One cannot sit around forever waiting for scholarly consensus to give the green light to follow Jesus. “No one who puts his hand to the plow and looks back is fit for the kingdom of God” (Luke 9:62). 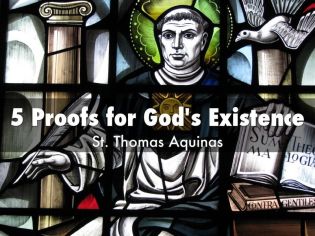 Atheism was not a challenge St Thomas Aquinas needed to address in the thir­teenth century. God was the air he and his friends breathed. No one felt they needed a philosophical argument to justify their be­lief in an eternal Creator, though me­die­val philosophers were happy to provide such justifications. And so right at the beginning of that most famous of text­books of theol­ogy, the Summa Theologiae, stands the five ways. When one thinks of the Angelic Doc­tor, these are what first come to mind. Thomas intends each as a cogent answer to the ques­tion, Does God exist?

Thomas believes that if we attend to the world in all of its workings we will be led to a rationally-grounded belief in God. Despite the abstract language of the five ways, they are all quite ordinary, as Denys Turner explains:

If we know God “rationally” it is as rational animals that we do so, and not as quasi-angelic hybrids. The most cursory glance at those five ways makes the point clearly enough. Each begins from basic human, earthbound experience—typically Thomas avoids illustrative examples and sticks with generalities: we observe material objects to be set in motion, we observe one thing to cause change in another, we observe things to come into existence and pass out of it again, and so on. We, however, might fairly fill out his abstractions: a rock falling down a hill in a landslide will do to launch the “proof from motion” a stonemason chipping a corbel for Notre Dame cathedral will do to get off the ground the proof from “efficient causality”; a daffodil blooming, fading, and dying would open up the third argument from “contingency”; one corbel being better than another is material enough for the fourth way; and an apple seed’s meeting one’s expectations of its becoming a tree will do for the fifth. The arguments for God are rational because they make their way to God beginning from the world human beings inhabit as animals and interrogate rationally. (Thomas Aquinas, pp. 132-133)

Scientists and skeptics will immediately protest: there’s no need to invoke a supreme deity to explain the phenomena of nature. Thomas would no doubt agree, only pausing to ex­plain that he is not doing modern science, which restricts itself to the quantitative study and measurement of objects in motion, as Stanley Jaki liked to point out in his many writings (see, e.g., Science and Religion: A Primer); he is doing, rather,  what we today would call meta­physics—the contemplation of reality at a deeper level. It is at this deeper level that the question of God is posed. While the modern scientist must remain content to quantify the processes of nature, the philosopher is free to probe and analyze the funda­mental structures of reality, asking questions of act and potency; essence and existence; form and substance; material, formal, efficient, and final causality—and ultimately, the nature of being itself (see Edward Feser, Aquinas). 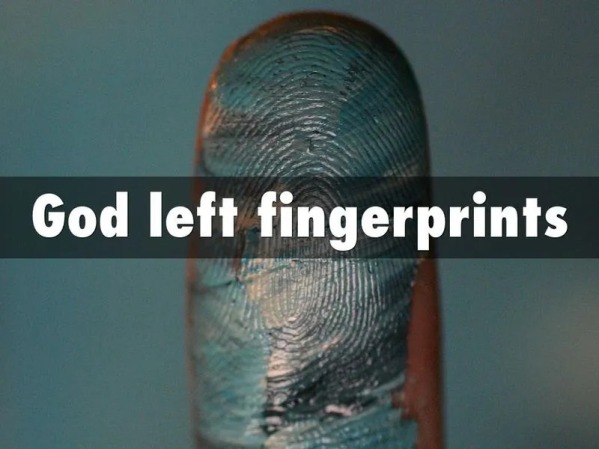 Each of the five ways, Frederick Bauerschmidt tells us, “seek to move from something that is manifest to the existence of something that is not manifest, but which must be the case if we are to account for that which is manifest to us” (Thomas Aquinas, p. 95). Each way identifies the self-insufficiency of the world: “nothing moves itself; nothing causes itself; nothing is the source of its own necessity; nothing measures itself; the universe as a whole does not guide itself” (p. 95). And since the world is not nothing, then there must be that unconditioned and absolute reality “which everyone gives the name of God” (ST I.2.3).

Thomas knows full well that he has not proven the existence of the biblical God, but he does believe that his arguments demonstrate the existence of a being who is the perfect and infinite actuality of Being (actus purus). Human reason cannot demonstrate what God is; but it may prove that he is. Through reason we may know that there is an answer to the most fundamental of all questions:

Although we do not and cannot know what God is, we can know that he is. Or, more exactly, we know and can prove that there is something or someone which human beings call ‘God’ or ‘Divine’. We know this, not because we know his existence directly, but because we do know the existence of other things. We have direct acquaintance with all sorts of happenings, changes, productions, things, values, strivings. The famous Five Ways set out to prove that these things simply could not exist, indeed nothing at all could exist or happen, unless something Unknown, which we call divine, somehow existed (I.ii.3). . . . The Five Ways enable us to know, not the being or existence of God (Dei esse), but only that what men call God is, or exists (Deum esse) (I.iii.4 ad 2). They show that unless there is some unknown ground or source (causa is St Thomas’s word, but this does not of course mean ’cause’ in the restricted sense in which it is used in modern science) on which everything ultimately depends, then nothing could ever exist or happen at all. This is not to say (as is sometimes claimed today) that God is an ‘explanation’ of the universe, for we cannot ‘explain’ what is to some extent known by what is unknown. But we do claim that if there were no God, there could not be anything else.

St Thomas’s position differs from that of modern agnostics because while modern agnosticism says simply, ‘We do not know, and the universe is a mysterious riddle’, a Thomist says, ‘We do not know what the answer is, but we do know that there is a mystery behind it all which we do not know, and if there were not, there would not even be a riddle. This Unknown we call God. If there were no God, there would be no universe to be mysterious, and nobody to be mystified.’ (Victor White, God the Unknown, pp. 18-19)

(Go to “The Contuition of Divinity”)

17 Responses to Can Reason Prove the Existence of God?