“He annuled the curse, put an end to death, opened paradise, destroyed sin, flung wide the gates of heaven, and introduced there the firstfruits of our race” 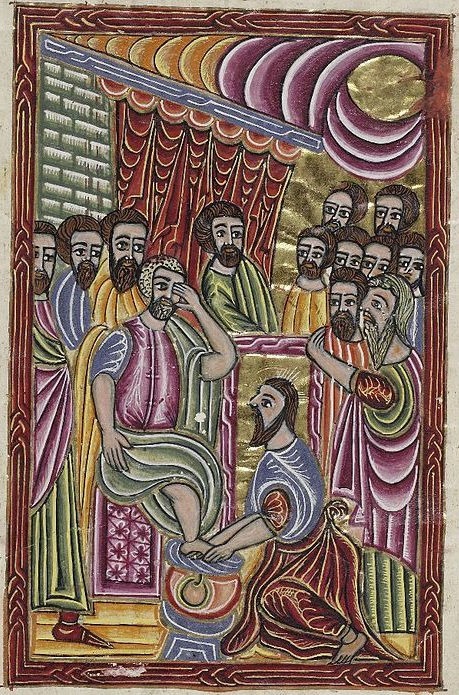 When the ten disciples were indignant with James and John for separating themselves from their company in the hope of obtaining the highest honor, Jesus corrected the disorderly passions of both groups. Notice how he did it.

He called them to him and said: Gentile rulers lord it over their people, and holders of high office make their authority felt. This must not happen among you. On the contrary, whoever wants to be first among you must be last of all.

You see that what the two brothers wanted was to be first, greatest, and highest: rulers, one might almost say, of the others. So, revealing their secret thoughts, Jesus put a curb on this ambition, saying: “Whoever wants to be first among you must become the servant of all.” If you wish to take precedence and to have the highest honors, aim for whatever is lowest and worst: to be the most insignificant and humble of all, of less account than anyone else; to put yourselves after the others. It is virtue of this kind that wins the honor you aspire to, and you have an outstanding example of it near at hand. “For the Son of man came not to be served but to serve, and to give his life as a ransom for many.” This is what will make you illustrious and far-famed. See what is happening in my case. I do not seek glory and honor, yet by acting in this way I am gaining innumerable blessings.

The fact is that before the incarnation and self-abasement of Christ the whole world was in a state of ruin and decay, but when he humbled himself he lifted the world up. He annuled the curse, put an end to death, opened paradise, destroyed sin, flung wide the gates of heaven, and introduced there the firstfruits of our race. He filled the world with faith in God, drove out error, restored truth, caused our firstfruits to ascend a royal throne, and gained innumerable blessings beyond the power of myself or anyone else to describe in words. Before he humbled himself he was known only to the angels, but after his self-abasement he was recognized by the whole human race.