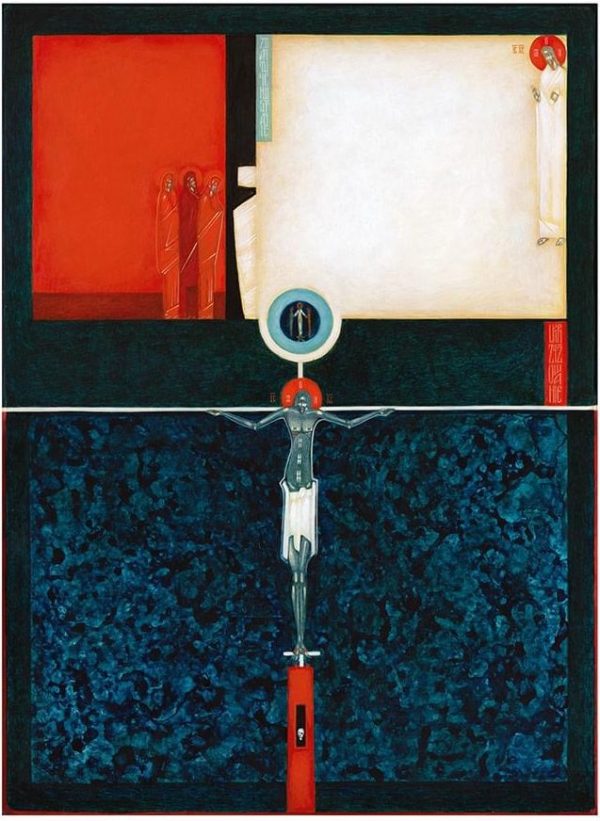 What words can adequately describe God’s gifts? They are so numerous that they defy enumeration. They are so great that any one of them demands our total gratitude in response.

Yet even though we cannot speak of it worthily, there is one gift which no thoughtful man can pass over in silence. God fashioned man in his own image and likeness; he gave him knowledge of himself; he endowed him with the ability to think which raised him above all living creatures; he permitted him to delight in the unimaginable beauties of paradise, and gave him dominion over everything upon earth.

Then, when man was deceived by the serpent and fell into sin, which led to death and to all the sufferings associated with death, God still did not forsake him. He first gave man the law to help him; he set angels over him to guard him; he sent the prophets to denounce vice and to teach virtue; he restrained man’s evil impulses by warnings and roused his desire for virtue by promises. Frequently, by way of warning, God showed him the respective ends of virtue and of vice in the lives of other men. Moreover, when man continued in disobedience even after he had done all this, God did not desert him. No, we were not abandoned by the goodness of the Lord. Even the insult we offered to our Benefactor by despising his gifts did not destroy his love for us. On the contrary, although we were dead, our Lord Jesus Christ restored us to life again, and in a way even more amazing than the fact itself, for his state was divine, yet he did not cling to his equality with God, but emptied himself to assume the condition of a slave.

He bore our infirmities and endured our sorrows. He was wounded for our sake so that by his wounds we might be healed. He redeemed us from the curse by becoming a curse for our sake, and he submitted to the most ignominious death in order to exalt us to the life of glory. Nor was he content merely to summon us back from death to life; he also bestowed on us the dignity of his own divine nature and prepared for us a place of eternal rest where there will be joy so intense as to surpass all human imagination.

How, then, shall we repay the Lord for all his goodness to us? He is so good that he asks no recompense except our love: that is the only payment he desires. To confess my personal feelings, when I reflect on all these blessings I am overcome by a kind of dread and numbness at the very possibility of ceasing to love God and of bringing shame upon Christ because of my lack of recollection and my preoccupation with trivialities.

This entry was posted in Basil of Caesarea. Bookmark the permalink.

6 Responses to “What words can adequately describe God’s gifts?”