Tom Talbott Reviews ‘That All Shall Be Saved’ 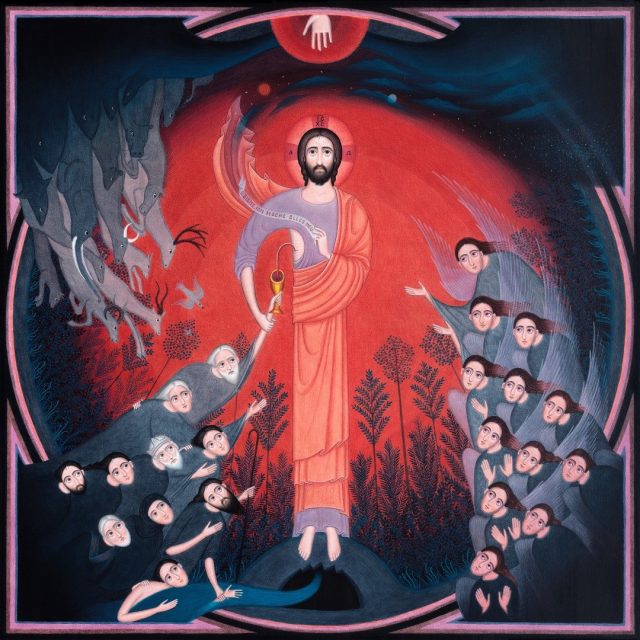 Part I: Some Introductory Remarks

At a time when a good many books have been written, some by academics and others by non-academics, on the topic of Christian universalism, David Bentley Hart’s That All Shall Be Saved: Heaven, Hell, and Universal Salvation stands out in several ways. Its author is, first and foremost, an accomplished classicist and expert in the Greek language, one whose previous publications include an important translation of the New Testament. And one of his purposes in this translation was to restore “certain ambiguities” that, so he believes, are “present in the original texts” but have been lost in later translations. He thus writes, “I am firmly convinced that two millennia of dogmatic tradition have created in the minds of most of us a fundamentally misleading picture of the claims made in Christian scripture” (p. 3). He traces much of that misleading picture, most notably the doctrines of limited election and limited atonement, “back to the late Augustine—a towering genius whose inability to read Greek and consequent reliance on defective Latin translations turned out to be the single most consequential case of linguistic incompetence in Christian history” (p. 49). As this quotation already illustrates, Hart pulls few of his punches in this book; and that very fact, whatever else one might think about it, contributes a lot to the book’s rhetorical power.

Hart relentlessly opposes, secondly, the whole idea of unending punishment and any other conception of a final separation from God; he rejects all such ideas as “manifestly absurd” even when they do not rest upon a morally offensive doctrine of limited election. For even “the gentlest, the most morally delicate, the most judiciously reluctant” conceptions of a final separation from God “all start . . . on the far side of a prior existential decision to accept an obviously ludicrous premise” (p. 202). So just what is this ludicrous premise, according to Hart? It is essentially the premise that divine justice, divine love, and divine goodness are compatible with God’s having created someone whose final fate he always knew would consist of everlasting misery and torment. For how could that even be possible? “If ‘justice’ means anything at all,” Hart protests, “it cannot be that; if ‘love’ means anything at all, it cannot be that; if ‘goodness’ means anything at all, it cannot be that” (p. 203). Hart also notes how glibly some speak of eternal conscious torment without seriously considering what such a destiny would truly mean. “Can we [even] imagine,” he asks, “that someone still in torment after a trillion years, or then a trillion trillion, or then a trillion vigintillion, is in any meaningful sense the same agent who contracted some measurable quantity of personal guilt in that tiny, ever more vanishingly insubstantial gleam of an instant that constituted his or her terrestrial life?” (pp. 203-204).

A third unique feature of this book is the extent to which its author refuses to apologize for the hard-hitting nature of his personal manifesto against the “infernalist orthodoxy,” as he calls it. He thus writes:

Custom dictates and prudence advises that here, in closing, I wax gracefully disingenuous and declare that . . . I entirely understand the views of those that take the opposite side of the argument, and that I fully respect contrary opinions on these matters. . . . [But] I believe that I am obeying my conscience with a special rigor in rejecting the majority view that there is a hell of eternal torment, since I am fairly sure that it must be a wicked thing to give one’s intellectual assent to something that one cannot help but find morally repugnant. . . . I make no apologies whatsoever for rejecting the late Augustinian tradition . . . [and] that tradition’s sheer moral wretchedness as a vision of the gospel . . . I have [also] rejected every version of the infernalist orthodoxy, no matter which Christian tradition may have produced it, and no matter how tenderhearted the reasoning that informs it. To have done otherwise would have been dishonest on my part. (pp. 199-200)

Although he rejects this “infernalist orthodoxy,” sometimes in exceedingly harsh terms, as morally intolerable, biblically untenable, and philosophically confused, Hart nonetheless acknowledges that the book he has written “is at odds with a body of received opinion so invincibly well-established” that he “cannot reasonably expect to persuade anyone of anything,” with the possible exception of persuading some of his own sincerity (p. 4). At the same time, however, he laments having written a book that “ought never have needed to be written in the first place” because “the doctrine of eternal hell is prima facie nonsen­sical” (p. 202). And herein lies an insight into his rhetorical strategy, which will, I suspect, make this book difficult for evangelicals and other self-appointed guardians of orthodoxy simply to ignore. Hart himself describes his effort as “a logical and rhetorical experiment” and explains this in the following way:

There is, at the very least, something liberating about knowing that I have probably lost the rhetorical contest before it has even begun. It spares me the effort of feigning tentativeness or moderation or judicious doubt . . . and allows me instead to advance my claims in as unconstrained a manner as possible . . . [I]f nothing else, this book may provide the champions of the dominant view an occasion for honest reflection and scrupulous cerebration and serious analysis (and a whole host of other bracing intellectual virtues of that sort). (p. 4) 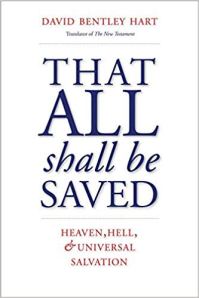 But at this point, I fear, Hart may find himself subjected to an ad hominem argument of the following kind: the criticism that he just regards himself as morally superior to his infernalist opponents. It is a criticism that sort of goes with the territory. After publishing a scathing critique of the Reformed doctrine of reprobation several decades ago, one in which I labeled it “a respectable blasphemy” against God, I understandably received many harsh criticisms in return. The only criticism that touched my heart, however, was exceedingly gentle. It happened when the wife of my best friend in the Reformed church that my wife and I were then attending—a dear woman with some serious physical challenges—hesitantly expressed the worry that I might be regarding myself as more loving than others in the church. That was startling indeed, because I knew without question that others in the church were far more loving in their personal lives than I tend to be in my own. None of us, after all, are fully consistent in our moral lives. So in the end I found myself saying, or at least thinking to myself, things like, “Virtually all Calvinists I have known are far better than the theology they have embraced, even as I am far worse than the theology I have embraced.” But Hart’s own attempt to forestall similar criticisms may be better than my own. “Really,” he asks concerning the infernalist orthodoxy, “could we truly believe it apart from either profound personal fear or profound personal cruelty? Which is why, again, I do not believe that most Christians truly believe what they believe they believe” (p. 204). Some may find such a view counterintuitive, but I do not. For over the course of my own life, I have observed more than a few instances where people have sincerely thought they believed certain things about God only to have some tragic event—such as a husband dying “in unbelief” or a teenage daughter committing suicide—prove that they did not truly believe what they previously had sincerely thought they believed.

In any case, I have found no major theological claim in this book with which to disagree. It would be truly remarkable, of course, were I to agree with every detail of every argument presented therein. But I am prepared to endorse every major theological claim contained in the book, starting with this one, which I take to be the main thesis of the book: “if Christianity taken as a whole is indeed an entirely coherent and credible system of belief, then the universalist understanding of its message is the only one possible” (p. 3—my emphasis). Not even many of those who sympathize with the universalist message are so bold as to declare that, given the New Testament understanding of God, the very idea of someone being lost forever represents a logical (or metaphysical) impossibility. Most find it sufficient to endorse a so-called “hopeful universalism,” even as they acknowledge that an eternal hell is at least logically possible. But I disagree with that, even as Hart does; and the reason we both reject even the logical possibility of an eternal hell should emerge in subsequent installments of this review.

Dr Thomas Talbott is Emeritus Professor of Philosophy at Willamette University and author of the celebrated book on the greater hope, The Inescapable Love of God. He is the author of numerous philosophical articles, as well as a piece published on this blog: “How to Read the Bible from a Universalist Perspective.”

This entry was posted in Book Reviews, David B. Hart. Bookmark the permalink.

18 Responses to Tom Talbott Reviews ‘That All Shall Be Saved’