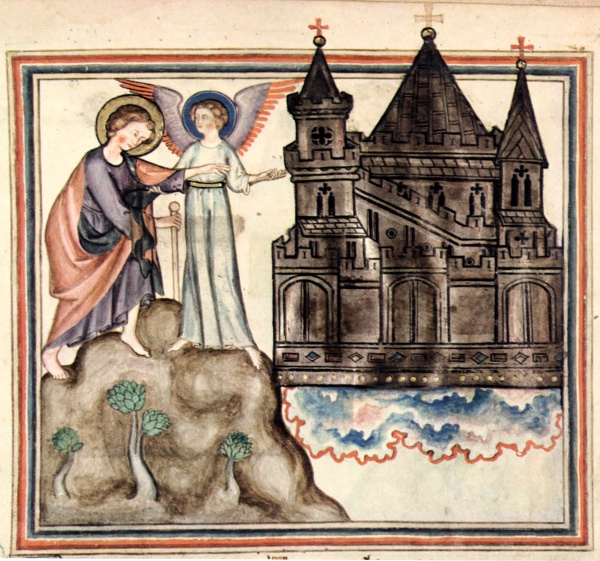 My thanks for Dr Shinji Akemi’s review of That All Shall Be Saved, and my apologies for the relative brevity of my reply.

Which, as it happens, is germane to what I should say about the review. The reviewer is correct that the metaphysics of creatio ex nihilo raises the question not only of the eternal dereliction of certain souls, but of every evil. But the two questions are radically different in modality. In fact, I deal with this issue on pp. 59-60 of the book. As the reviewer also notes, I have dealt with the issue of the non-necessity of evil in other texts—the Ivan Karamazov issue, as it were—and indeed I fully accept that Ivan may be right to want to “return the ticket” rather than consent to a final reconciliation of all creatures with God and one another in a kingdom of peace and love.

Still, it is a good mereological rule that to try to understand the whole in terms of its parts and to try to understand the parts in light of the whole are two very different operations of reason. Or, in terms of set theory, many things can be predicated of a set that cannot be ascribed to the individual contents of a set. More simply, it is one thing to attempt to judge the relative goodness or badness of a discrete evil in relation to final purposes we either can or cannot see, but another thing altogether to judge a supposed total narrative that pretends to describe the whole rationality of all its discrete events. The former can never be more than conjectural and inductive; the latter is a matter of logic. There may logically be such a thing as an evil that is redeemed in the greater good toward which it leads; there is no such thing as an unredeemed evil that does not reduce the good toward which it might lead to a mere relative value. In the former case, it is logically possible that evil may be non-necessary in the ultimate sense, but may necessarily be possible in the provisional sense. In the latter case, evil figures as a necessary aspect of the eternal identity of whatever reality it helps bring about.

The way the issue is dealt with in The Brothers Karamazov, I think, is not in the teachings of Fr. Zosima, but in the admission of the devil who visits Ivan in his fever: that at the end he too will assent to the glory of the Kingdom as having far surpassed the price he paid along the course of his quadrillion kilometer march. This is also Paul’s argument in Romans 8. Remember, while Ivan is torn apart by the thought of the sufferings of the little girl in his story, there is also something demonic in his compassion: in his indignation at her suffering, he would insist that in a sense she be reduced merely to a victim, and in refusing his ticket to the Kingdom he also refuses her both the right to enter the Kingdom and the right to forgive whom she will forgive (thereby becoming herself a god—or goddess, if you like). In the end, Ivan has no right to make that determination for her. The claim made by scripture is that the final verdict on the great drama of creation and salvation will be pronounced not only by God, but by creation, when all creatures in the skies, on earth, and below the earth will together “joyously praise”—ἐξομολογήσεται—God (Romans 14:11; Philippians 2:10-11). Until then, perhaps, the jury is out. 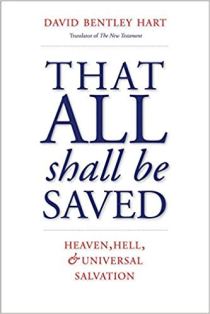 Even so, as I say, whether one accepts that verdict or not—whether one believes every tear can be wholly wiped away or instead denies that any real evil can ever be justified in light of a more glorious end—the fact remains that the question of evil that Ivan raises is not logically entailed in the question of ultimate unredeemed suffering that I deal with in the book. Ivan’s argument ends with a personal act of evaluation: I refuse. My argument ends with a QED.

That would be a good place to end, of course, just for rhetorical effect. Let me, however, add one more observa­tion that will seem insufferably pompous or a little insane: to wit, that the argument I make in my book—that Chris­tianity can be a coherent system of belief if and only if it is understood as involving universal salvation—is irrefutable. Any Christian whom it fails to persuade is one who has failed to understand its argument fully. In order to reject it, one must also reject one or another crucial tenet of the faith. The exits have all been sealed. I suppose I could be wrong about that, but I do not believe it likely. Nor do I think I am being particularly arrogant in saying this. In the end, I believe my book merely points out something that was obvious all along.

This entry was posted in David B. Hart, Eschatology. Bookmark the permalink.

94 Responses to Theodicy and Apokatastasis